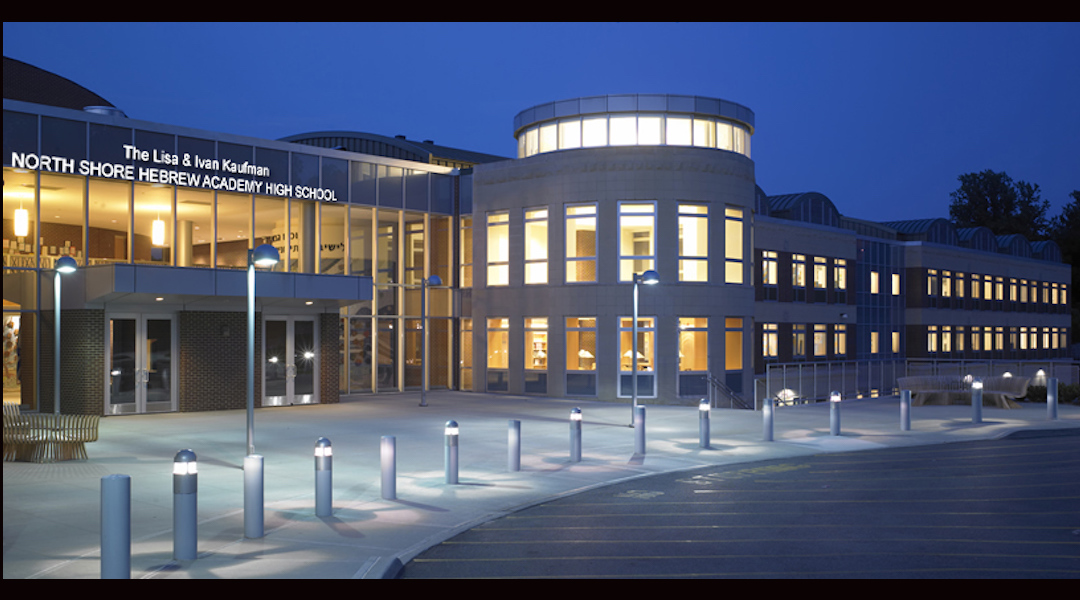 (JTA) — The website of a Jewish high school on suburban New York’s Long Island was hacked and defaced with swastikas and anti-Semitic slurs.

The homepage of the North Shore Hebrew Academy High School’s website displayed a video of Nazis marching, according to footage posted to Twitter by StopAntisemitism.org Monday. The website also played a song with the words “Let the Jews die.”

Other pages on the site displayed the anti-Jewish slur “kike,” as well as photos of the Auschwitz concentration camp and a Nazi rally. As of Tuesday morning, the site is inactive. A description of the school called it the “North Shore Concentration Camp,” and another page read “North Shore Hebrew Death Camp.”

The Jewish Telegraphic Agency has reached out to the school, which is Orthodox and located in the town of Great Neck, for more information. The attack occurred on the holiday of Hanukkah.

“It’s truly unthinkable that anyone could be so consumed by anti-Semitism and hatred that they would commit such a vile and repugnant crime against our community during Chanukah, but this is a horrific reminder that hatred and anti-Semitism are alive and well even in our own backyards,” State Sen. Anna Kaplan, who represents the area, said in a statement.

The attack comes during a year when, amid the coronavirus pandemic, anti-Semitism has increased online, according to the Anti-Defamation League. But the past several days have also seen anti-Semitic incidents on the ground. In an alleged anti-Semitic attack at the University of Kentucky on Saturday, a man was assaulted at a menorah lighting.