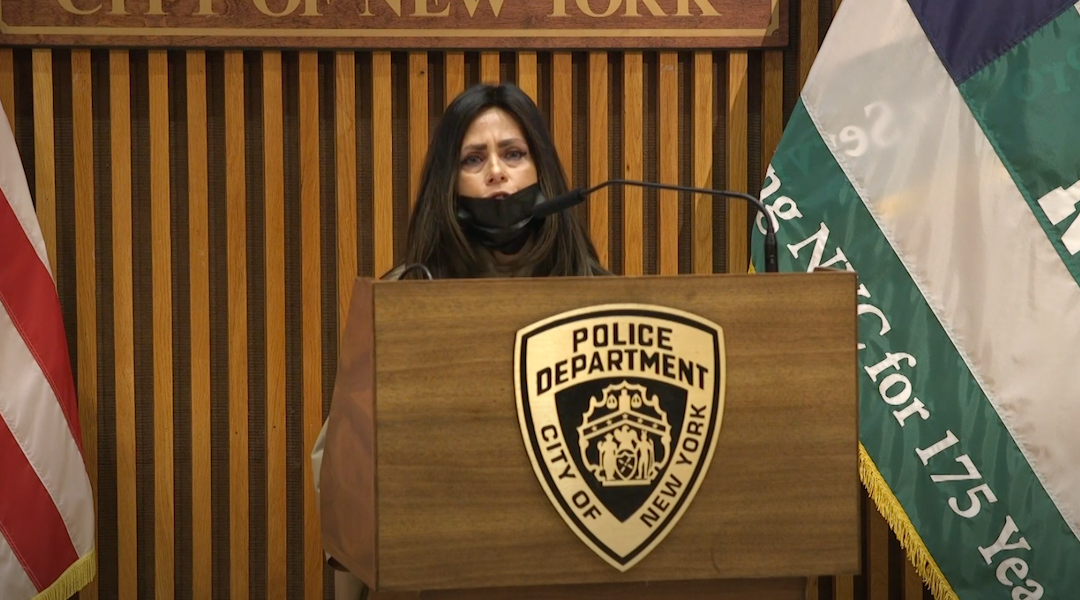 Devorah Halberstam, a Hasidic woman whose son Ari was killed in a terrorist attack in New York City in 1994, speaks at a news conference in Manhattan announcing a new police task force on identifying hate crimes. (YouTube)
Advertisement

(JTA) — The New York Police Department is creating a civilian panel to help address a rise in hate crimes in New York City.

Its five volunteer members will include Devorah Halberstam, a Hasidic women whose son Ari was murdered by a terrorist in the city in 1994.

Spurred by a spike in hate crimes against Asian Americans, the diverse panel will help advise if incidents involving any group should be deemed a hate crime, Commissioner Dermot Shea said Monday at a news conference announcing the panel.

“We will be the voices of the victims who are often ignored, or at best tolerated, but today there will be change,” Halberstam, co-founder and director of external affairs of the Jewish Children’s Museum in Brooklyn, said at the news conference.

The NYPD already has a Hate Crimes Task Force, and set up an undercover Anti-Asian Hate Crimes Task Force in response to attacks on members of the Asian Americans and Pacific Islanders community. Shea said the new civilian panel is “to act as a bridge, as another set of eyes and ears as we look to stamp out hate.”

The Hate Crimes Task Force said 135 hate crimes have been reported in the city in 2021, compared to 93 last year. Through the end of March there were 20 anti-Semitic acts and 31 anti-Asian acts.