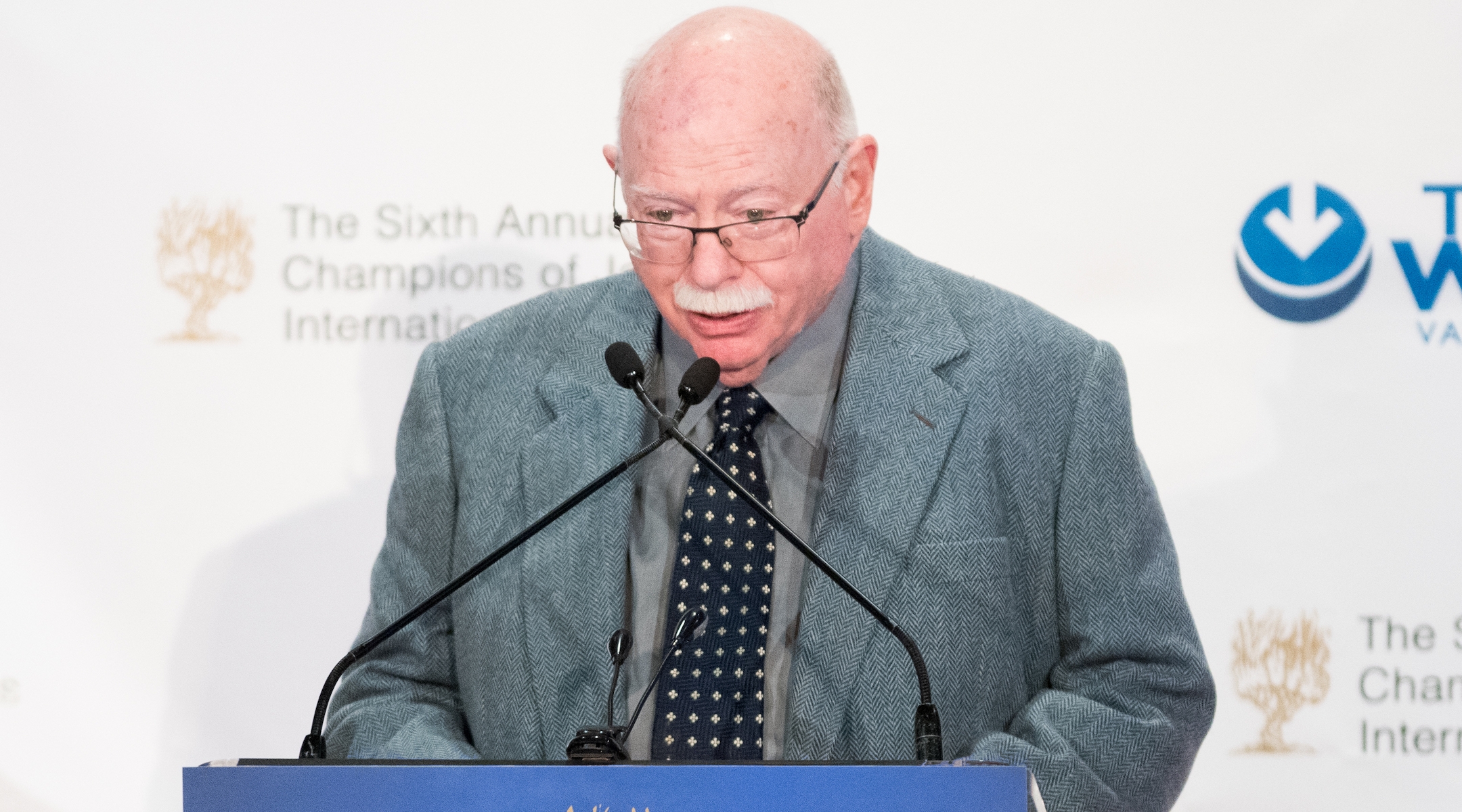 (JTA) — New York University has hired a law firm to investigate whether Michael Steinhardt, a major donor, had inappropriate interactions with its students, faculty and staff.

NYU announced it would initiate such a review in March, shortly after The New York Times published an investigation into allegations that Steinhardt had inappropriately behaved with women in his role as a leader in arts and Jewish communal settings.

The article did not include any accusations against Steinhardt associated with NYU, whose School of Culture, Education and Human Development is named for the billionaire philanthropist.

Joan McPhee, who helped lead an investigation of Larry Nassar, the team doctor for the U.S. gymnastics team who last year was sentenced to 40 to 175 years in prison for sexually abusing young women, will run the NYU probe, the university announced Monday, The New York Times reported. McPhee, a partner at Ropes & Gray, also is formerly a federal prosecutor in Manhattan.

The university’s school of education was named for the Jewish philanthropist after he and his wife donated $10 million to the school in 2001. The couple also gave $20 million to NYU between 2006 and 2014.

Some students have asked for the school to be renamed, according to The Times. Steinhardt is one of the university’s 61 voting board of trustee members.

In March, The Times published an investigation into allegations by seven women that Steinhardt had propositioned them or said sexually inappropriate remarks while they interacted with him in professional settings.

Steinhardt, 78, has admitted to “boorish, disrespectful and just plain dumb” behavior, but he denies harassment.

Steinhardt, a retired investor, is a supporter of numerous Jewish causes through The Steinhardt Foundation for Jewish Life. Its website lists Birthright Israel, which Steinhardt co-founded, OneTable, and two Hebrew language charter schools, among other programs. The Steinhardt Museum of Natural History opened in Tel Aviv in 2017.