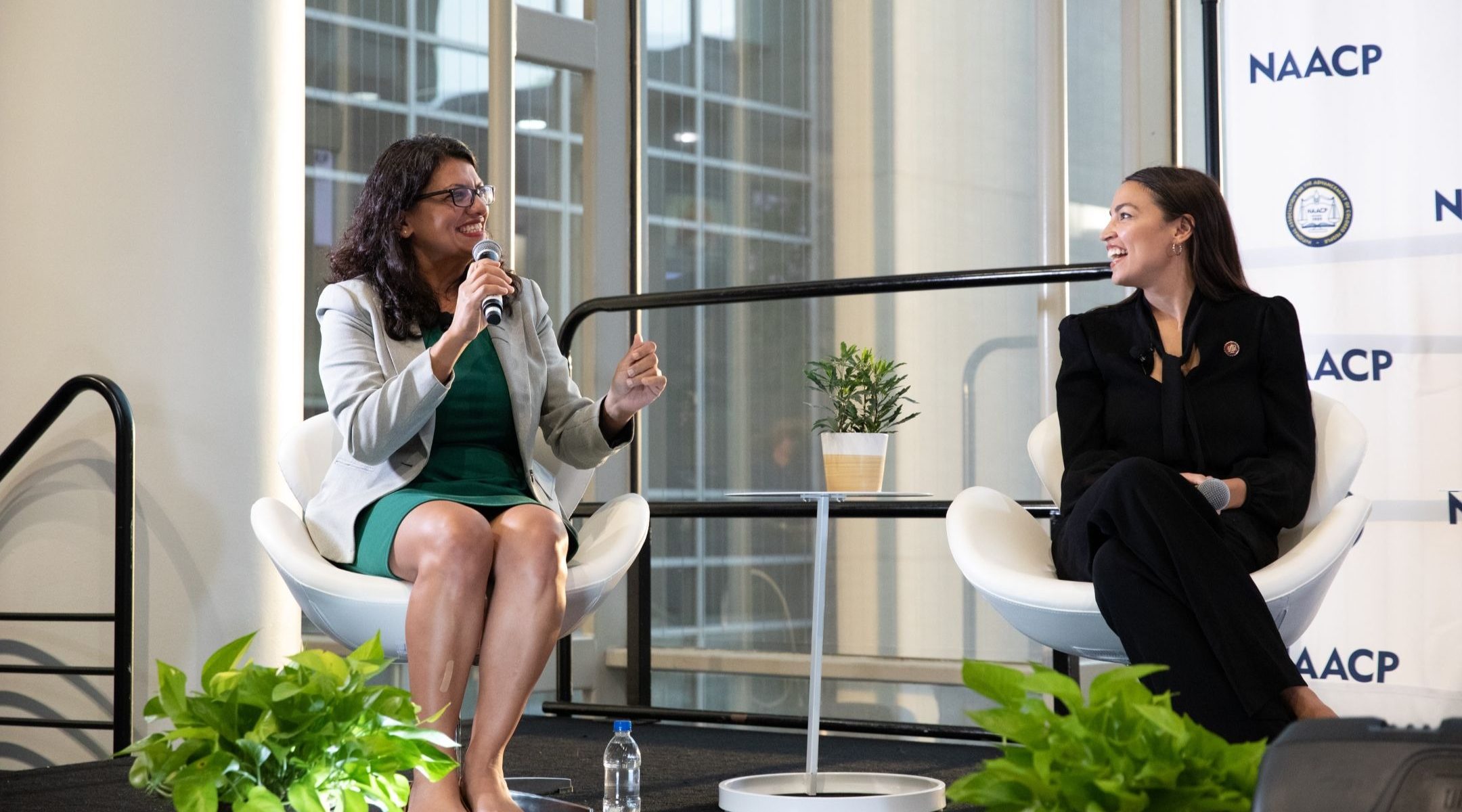 WASHINGTON (JTA) — Four progressive House Democrats have written to the secretary of state calling on the United States to cut assistance to Israel should it proceed to annex parts of the West Bank.

In response, the AIPAC lobby has launched a campaign against the letter initiated by Reps. Alexandria Ocasio-Cortez of New York, Pramila Jayapal of Washington, Rashida Tlaib of Michigan and Betty McCollum of Minnesota.

The letter, AIPAC said Monday on Twitter, “explicitly threatens the U.S.-Israel relationship in ways that would damage American interests, risk the security of Israel & make a two-state solution less likely.”

An action alert urged activists from the American Israel Public Affairs Committee to contact their representatives to oppose the letter.

The letter to Mike Pompeo is circulating among Democrats in a bid to add signatures.

“Should the Israeli government move forward with the planned annexation with this administration’s acquiescence, we will work to ensure non-recognition as well as pursue conditions on the $3.8 billion in U.S. military funding to Israel, including human rights conditions and withholding funds for the off-shore procurement of Israeli weapons equal to or exceeding the amount the Israeli government spends annually to fund settlements, as well as the policies and practices that sustain and enable them,” it says, according to a copy obtained by Jewish Insider.

Israeli Prime Minister Benjamin Netanyahu has said he plans to launch the process to annex parts of the West Bank by July 1. His coalition partner, the Blue and White party, is resisting pressure to move so soon.

Last week, 191 of 233 Democrats in the House signed a letter warning Israel that annexation would endanger peace. AIPAC also opposed that letter, which expressed a commitment to the U.S.-Israel relationship and did not include any threats to aid. The lobby, however, was unable to stop some of the House’s most stalwart pro-Israel Democrats from signing.