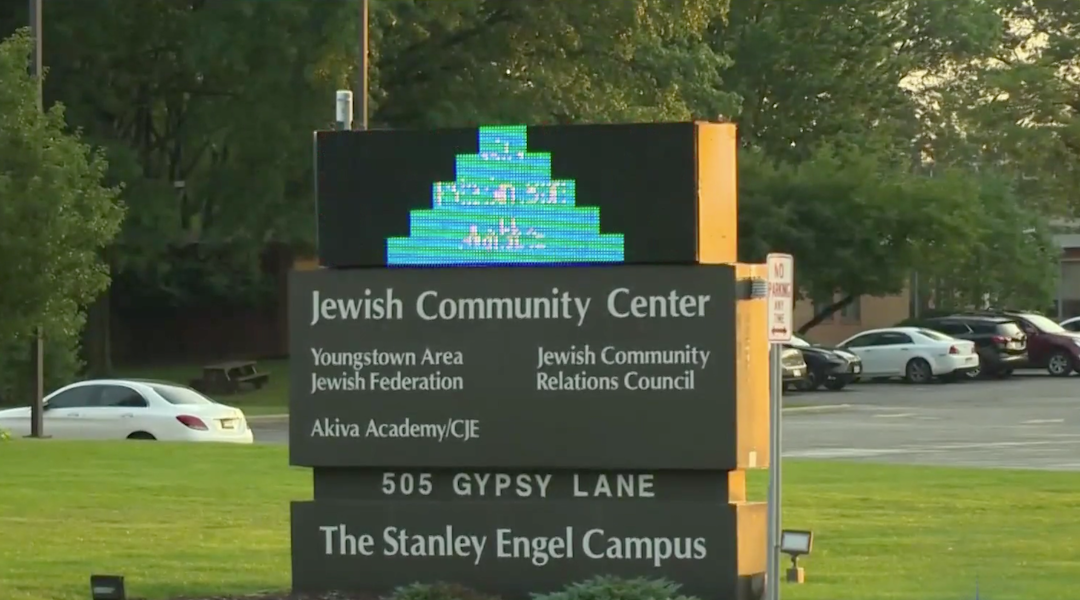 (JTA) — An Ohio man who identifies with the white nationalist movement was indicted in federal court for using a firearm while making threats against the Youngstown Jewish Community Center in a video posted on social media.

“This defendant’s video demonstrated that he had access to weapons and he posed a threat to a Jewish community center,” FBI Special Agent in Charge Eric Smith said.

Reardon had pleaded not guilty to charges of telecommunications harassment and aggravated menacing in municipal court in Struthers, near Youngstown. The judge ordered a mental health evaluation and for Reardon to stay away from synagogues and Jewish organizations.

A video posted on Instagram in mid-August showed Reardon shooting an assault rifle accompanied by the sounds of sirens and screams. Under the video, Reardon added the caption “Police identify shooter of Youngstown Jewish Family Center as local white nationalist Seamus O’Rearedon,” one of his pseudonyms. The Youngstown JCC was tagged in the post.

A search of his home found assault weapons, extra ammunition and a gas mask, as well as anti-Semitic and white nationalist propaganda. He attended the “Unite the Right” rally in Charlottesville, Virginia, in 2017.

Reardon was charged with one count of transmitting an interstate communication threat and one count of possession of a firearm in furtherance of a crime of violence, the U.S. Attorney’s Office for the Northern District of Ohio said in a statement.