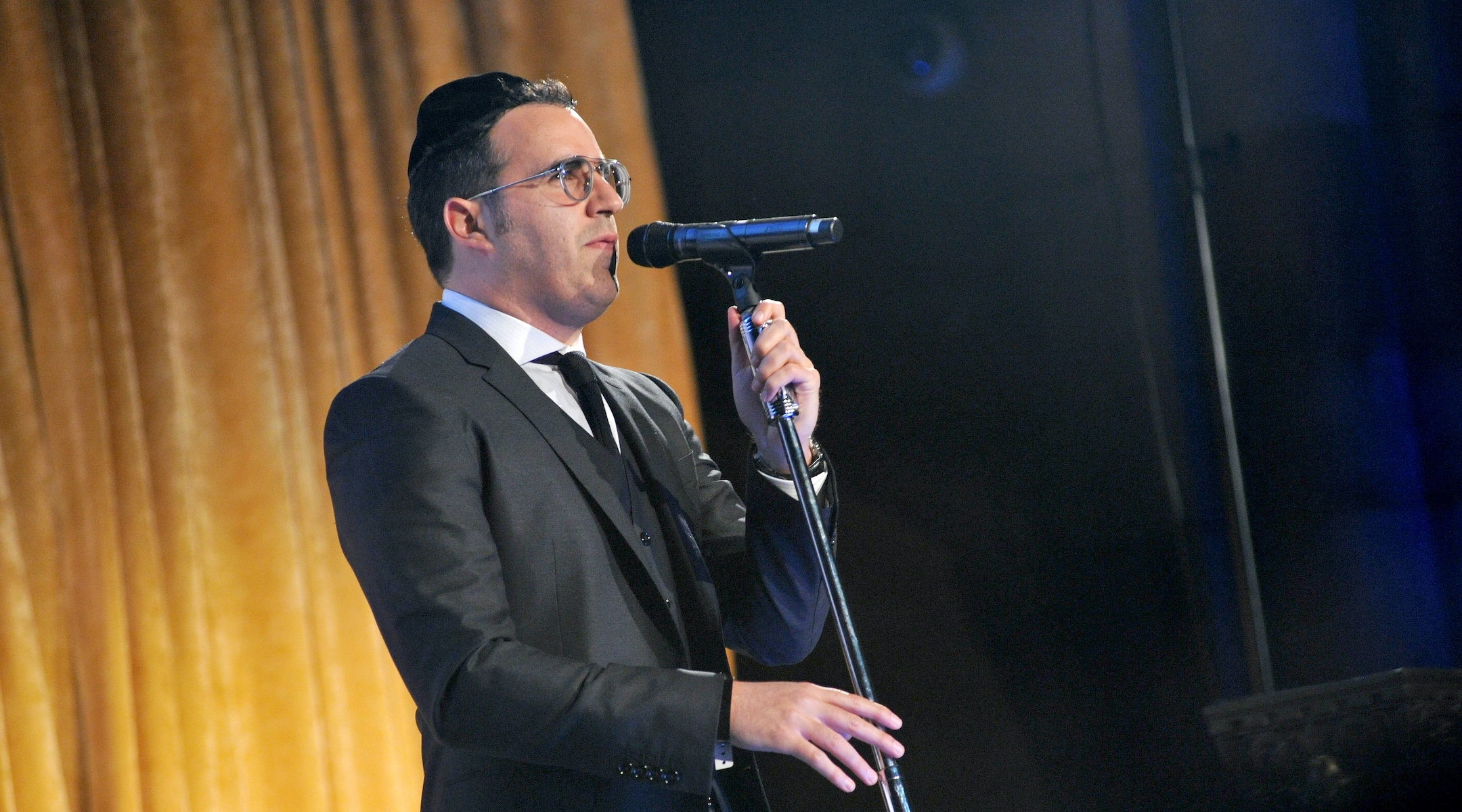 (JTA) – The original song is about the repeated oppression of the Jewish people throughout history. The rewritten song is a prayer for Donald Trump to win re-election.

Orthodox Jewish pop star Yaakov Shwekey sang an ode to Donald Trump at an Orthodox overnight camp based on his hit song “We Are a Miracle.” In videos of the performance shared online Monday night, Shwekey sings a rewritten version of the song with lyrics supporting Trump’s re-election. No one in the video appears to be wearing a mask.

“May God hear our prayers, four more years, cause we are America,” Shwekey sang.

“Every day you fight a battle. On the news they try to hide all your victories, your accomplishments, the way you lead with pride,” the song continues. “But truth is always stronger, so join us as we sing our song.”

Yeshiva World News reported that the performance was at Camp Teumim Mesivta in Pennsylvania.

The performance comes less than three months before an election in which the majority of American Jews are expected to vote for Joe Biden, the Democratic candidate for president. But within the Orthodox community, Trump commands significant support.

Last month, Rabbi Shmuel Kamenetsky, a member of the rabbinical council of Agudath Israel, an organization representing haredi Orthodox Jews, endorsed Donald Trump in an interview with Mishpacha magazine. The lyrics to the song were written by Yisroel Besser, an editor for Mishpacha, for a Trump campaign fundraiser Sunday in Long Branch, New Jersey, home to a large Syrian Jewish community. The fundraiser was held at the home of Stanley Chera, a longtime supporter of the president who died in April of the coronavirus.

In the video, Shwekey’s performance ends with chants of “USA, USA!”