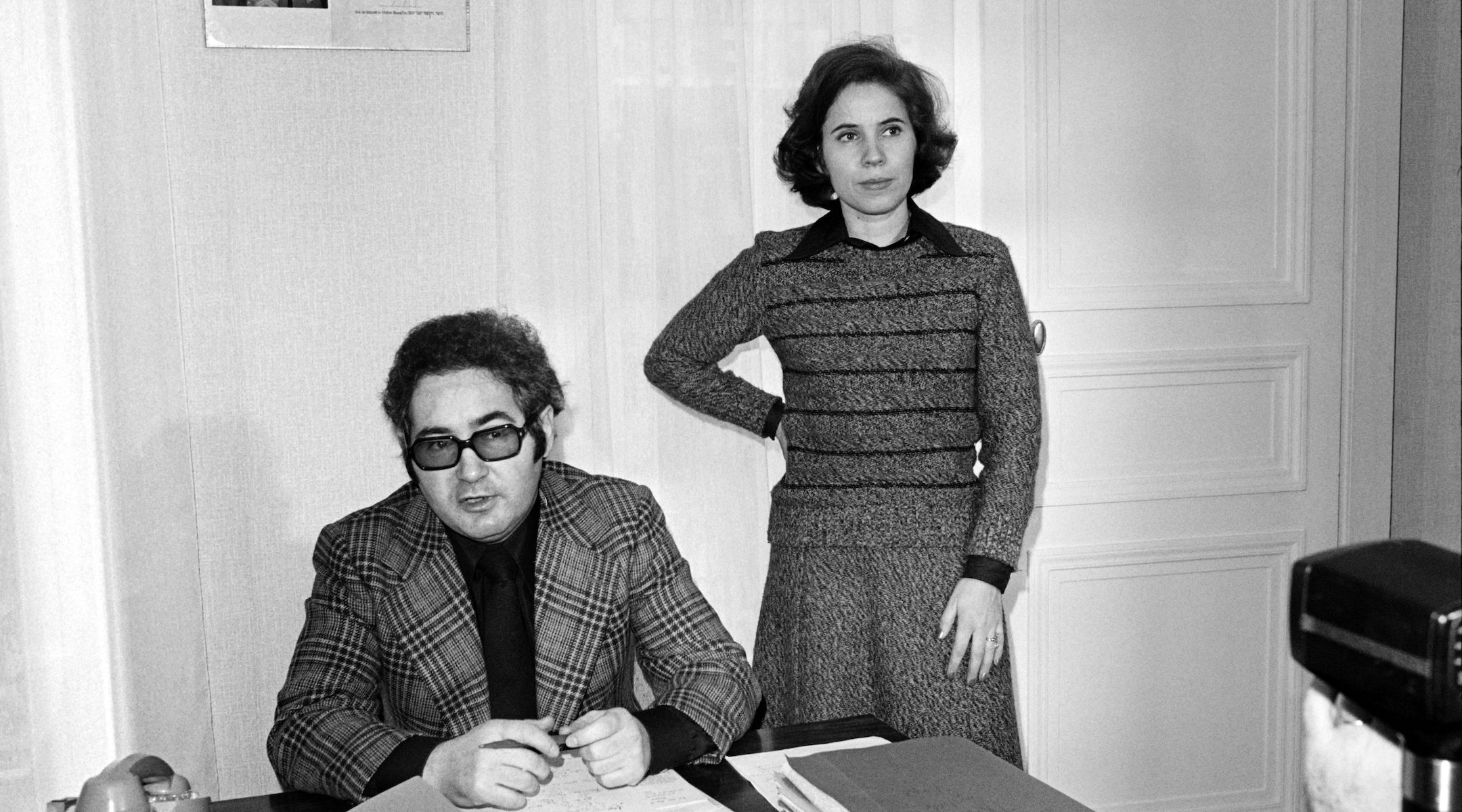 (JTA) — Two of the world’s most famous Nazi hunters, Serge and Beate Klarsfeld, are getting the documentary treatment.

Alexander Nanau, a Romanian filmmaker whose documentary “Collective” is up for both best documentary and best foreign film at this year’s Oscars on Sunday, will executive produce a film about the Klarsfelds, who have exposed Nazis around the world for decades.

“It has been a huge privilege to have gained the trust and cooperation of Beate and Serge to document their extraordinary lives both past and present,” co-director Mike Lerner said in a statement Monday to The Hollywood Reporter.

Lerner’s 2011 documentary “Hell and Back Again” about a soldier with post-traumatic stress disorder was nominated for an Oscar in 2012.

The Klarsfelds have brought several prominent Nazis and French Vichy collaborators to justice, including the infamous Gestapo officer Klaus Barbie.

RELATED: Famed Nazi hunters Beate and Serge Klarsfeld: It feels like the 1930s