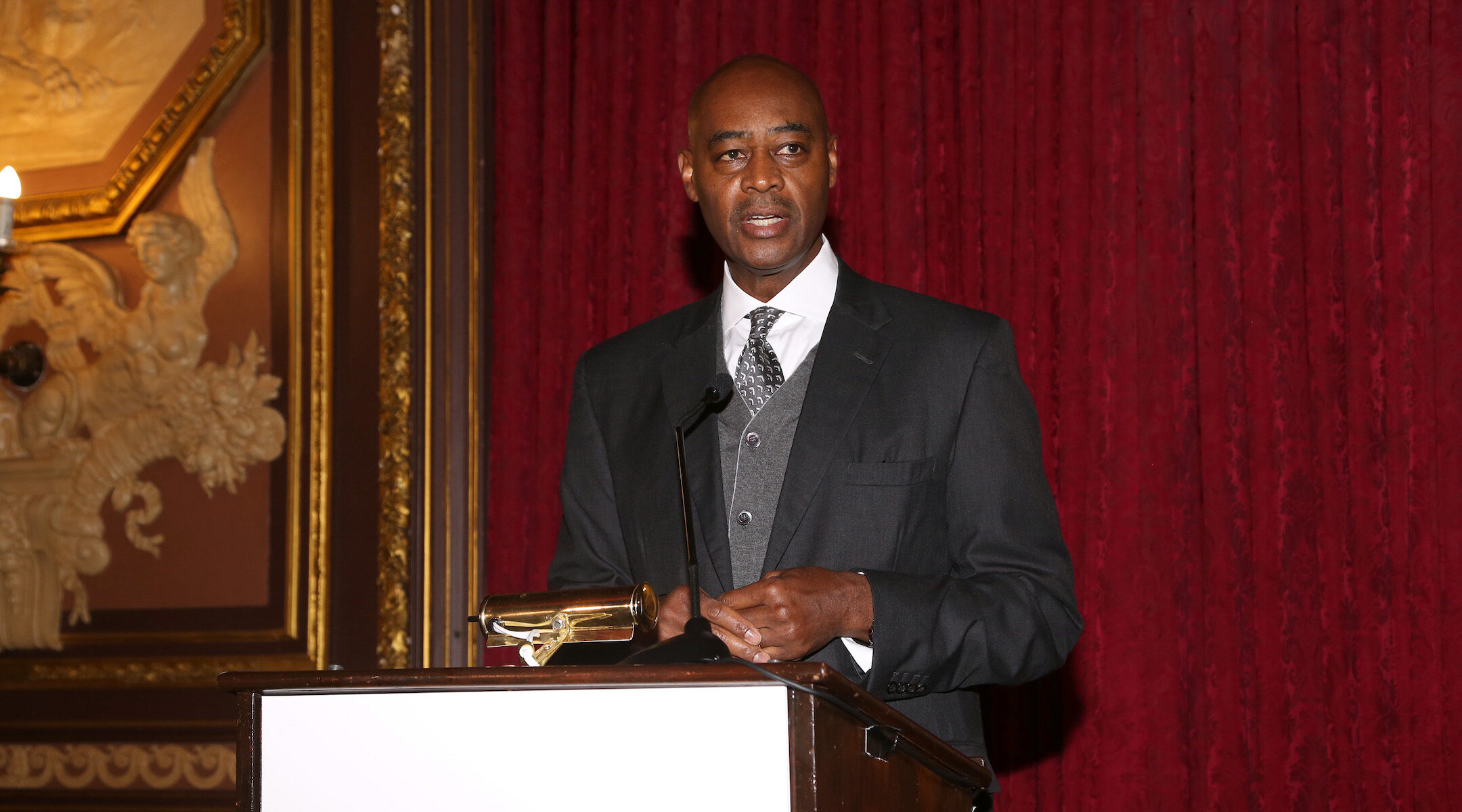 (JTA) — A New York Times profile of Raymond McGuire, the former CitiGroup executive and art collector who is running for mayor of New York City, featured photos showing some of the dozens of works of art in McGuire’s Upper West Side apartment.

One painting stood out to a number of Jewish readers: a portrait of what appeared to be a rabbi.

It turns out the portrait may well be a painting of a rabbi, or at least a devout Jew.

According to Lupe Todd-Medina, a spokeswoman for McGuire’s campaign, the portrait, called “Head of a Disciple,” was painted by Henry Ossawa Tanner, a Black painter originally from Pittsburgh who studied in Philadelphia and later moved to Paris.

In the late 1890s Tanner traveled to Jerusalem, where he painted scenes from the Old City, including one of a group of Jews praying at the Western Wall, as well as a number of portraits of unidentified local residents. It was on that trip that Tanner painted “Head of a Disciple,” the painting that now hangs on the wall of McGuire’s home.

McGuire, who has never run for public office before, has raised more than $5 million in his mayoral campaign. The businessman has attracted a number of prominent Jewish donors, including philanthropist Laurie Tisch, who serves as a finance co-chair of McGuire’s campaign, and Jessica Seinfeld.

McGuire’s wealth and political ambitions have led some to call him “the Black [Michael] Bloomberg,” after the former New York mayor and media baron. McGuire considers the nickname “reductive and racially ignorant,” The Times reports.