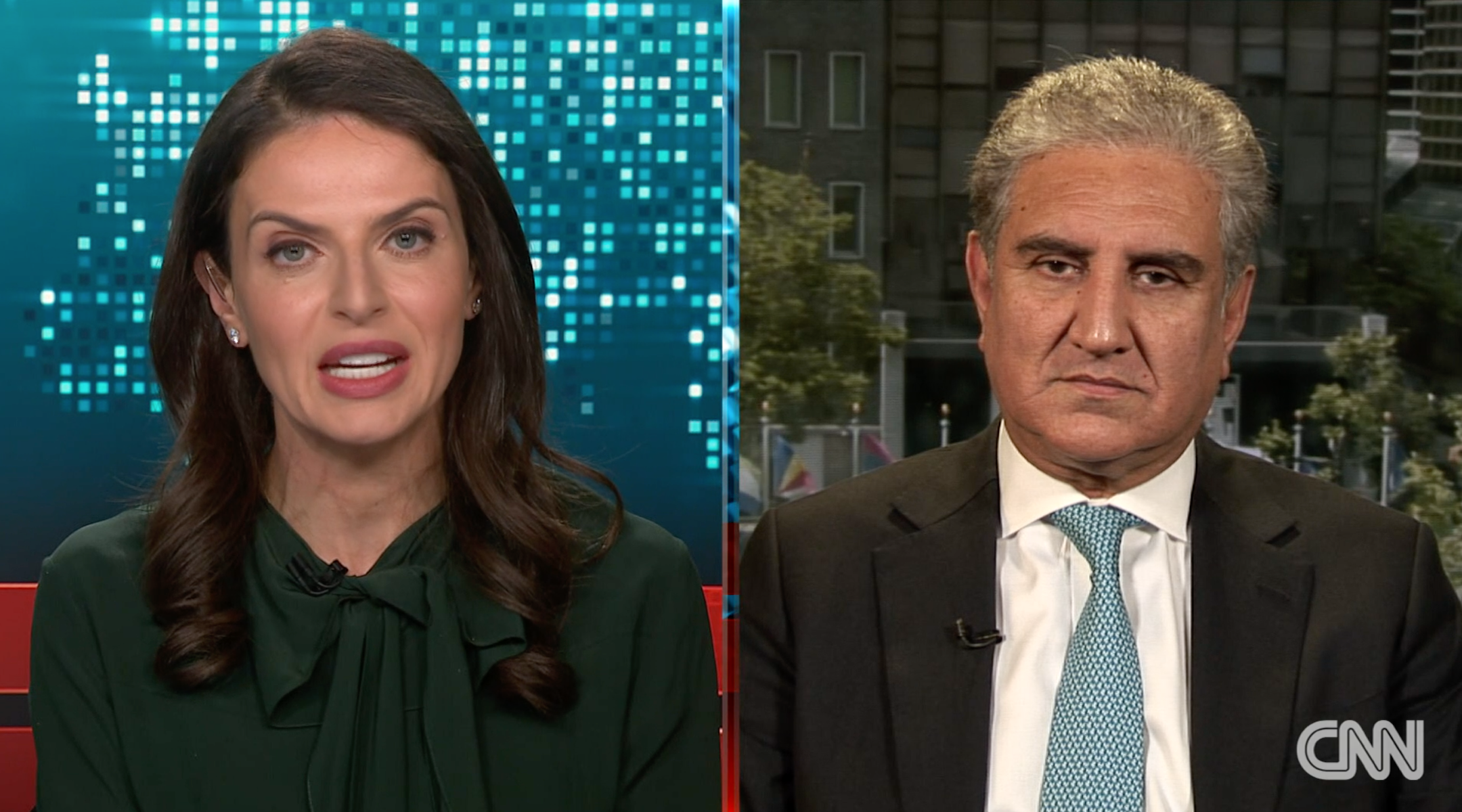 (JTA) — Pakistan’s foreign minister echoed a pair of antisemitic tropes on a CNN segment discussing the Israel-Gaza violence on Thursday.

In an interview with anchor Bianna Golodryga, who is Jewish, Shah Mahmood Qureshi first said that Israel is losing the “the media war” in its battle against Hamas, “despite their connections.”

Golodryga shot back, saying “What are their connections?”

“I would call that an antisemitic remark,” Golodryga responded.

So began a testy seven-minute exchange between the two, which aired shortly after Qureshi spoke at a United Nations Security Council session in New York earlier in the day. CNN aired a clip of Qureshi’s speech, in which he said the responsibility lay with Israel to stop the violence on its border with the Gaza Strip. Hamas, which started the conflict over a week ago by firing rockets into Israel, agreed to a ceasefire with Israel hours later.

Golodryga, who was born to Jewish parents in what is now Moldova and immigrated to the U.S. in 1980, repeatedly brought up Qureshi’s statements about what he called Israel’s control of the media.

When asked to condemn antisemitism, Qureshi said “I will not justify any rocket attacks … and I cannot condone the aerial bombardment that is taking place.” He described Israel’s actions against Hamas as “genocide,” “war crimes” and “ethnic cleansing.”

Golodryga also pushed Qureshi to condemn China’s actions against its Uyghur population, which some Jewish groups have deemed a genocide. After noting that Pakistan is a close ally of China, Qureshi pivoted to talk about the Indian-Pakistani ethnic clashes in the Kashmir region.