Palestinian Authority will accept its tax money collected by Israel 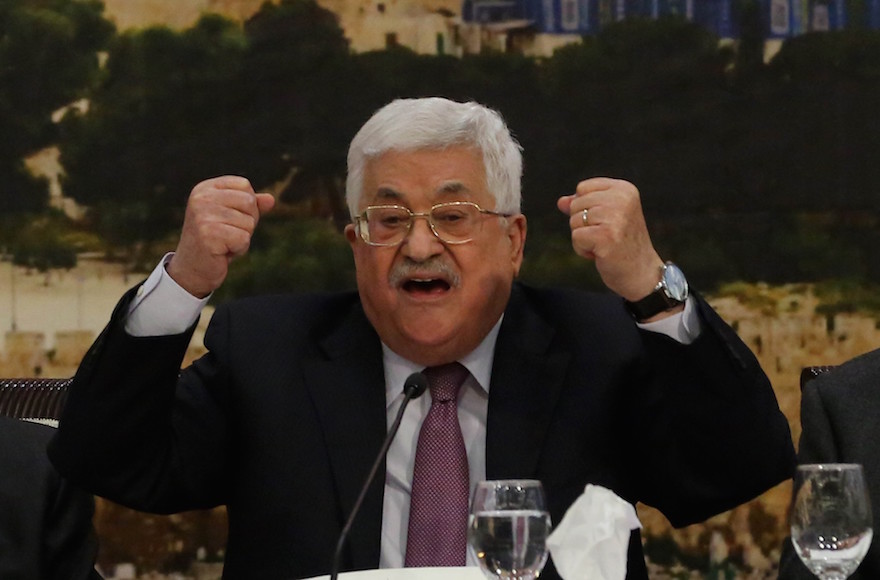 (JTA) — The Palestinian Authority agreed to again accept tax money collected on its behalf by Israel, after it stopped taking the revenue several months ago.

The Palestinians had stopped accepting the money in February, after Israel said it would not distribute part of the revenues, amounting to more than $138 million, because the Palestinian Authority pays terrorists in prison or the families of terrorists who kill Israelis.

Israel collects taxes from the West Bank and Gaza on behalf of the financially struggling Palestinian Authority. The tax transfers make up about half of the PA’s budget, Reuters reported citing Palestinian Finance Ministry data.

Some $430 million was set to be handed over to the PA on Sunday, Reuters reported.

The Palestinian Authority’s policy of paying terrorists who kill Israelis or their families has been condemned by the United States and Israel, which has dubbed the practice “pay to slay.”