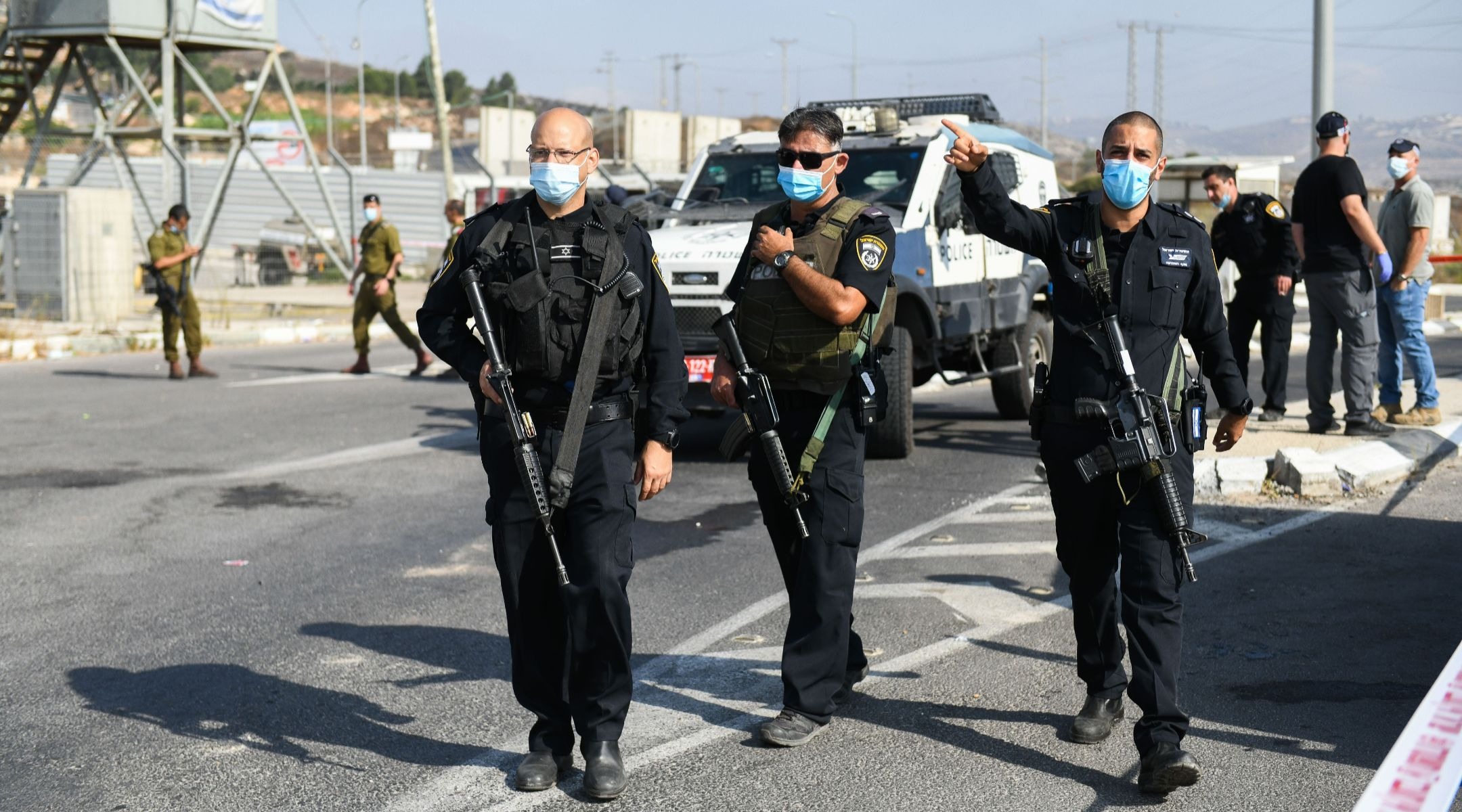 (JTA) — A car-ramming attack by a Palestinian driver lightly injured an Israeli soldier and a police officer in the West Bank on Wednesday morning.

The injured soldier shot the driver after he exited the car brandishing a knife and ran at the checkpoint, halting his progress, according to the Israel Defense Forces. The alleged assailant reportedly is in moderate condition.

The alleged terrorist attack took place at Tapuach Junction, near the city of Ariel, which has been the scene of many such attacks in recent years.

“We will not allow terror to raise its head and will fight the perpetrators and the people who send them,” Defense Minister Benny Gantz said in a statement. “The IDF and security forces will maintain their readiness across all fronts.”

The driver was identified as a student from the Nablus area named Mohammed Jabr al-Bitawi, Haaretz reported.