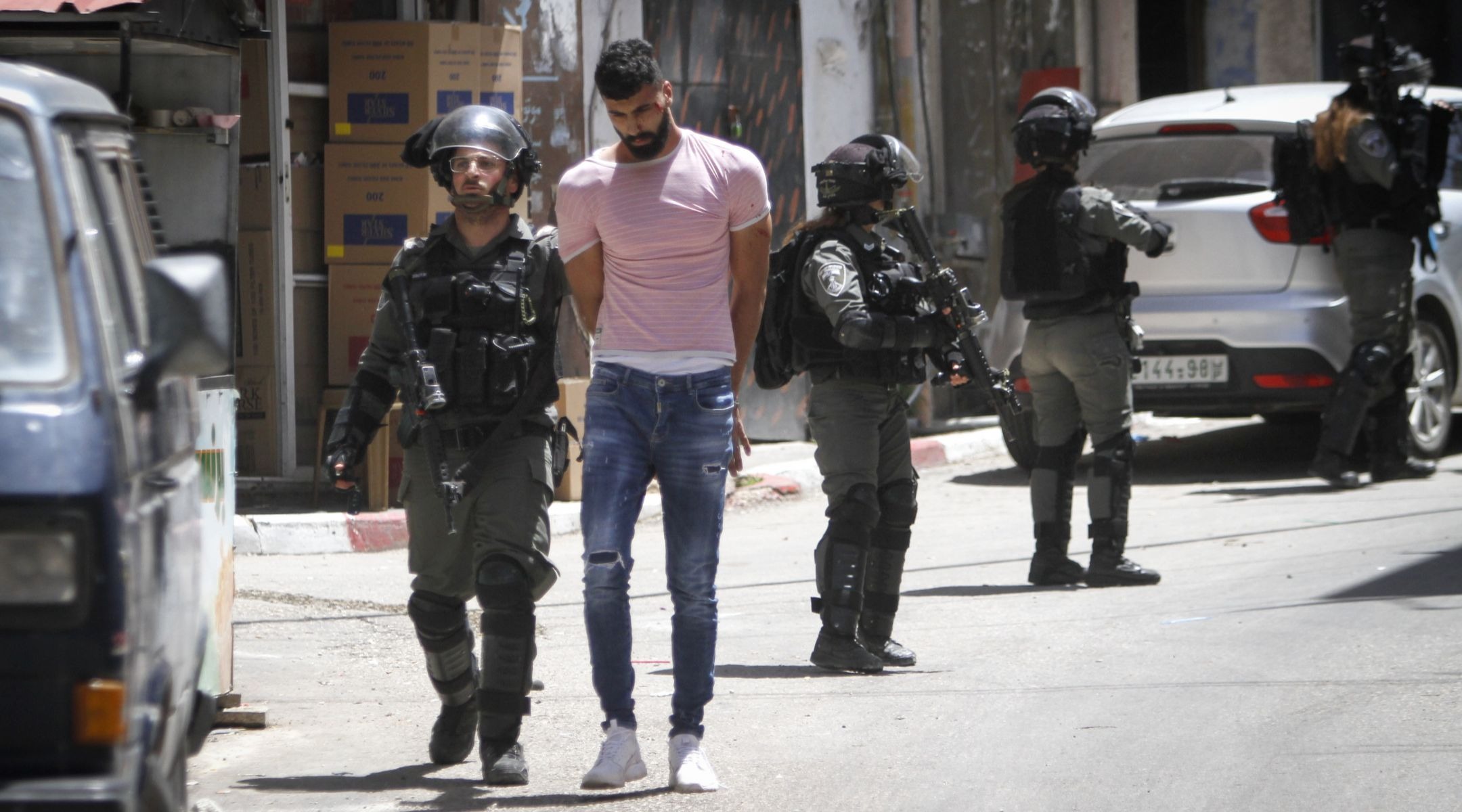 The troops were conducting a manhunt for the person who dropped a rock from the top of a home on Sgt. Amit Ben-Yigal a day earlier, killing him.

Residents of the Al-Fawar refugee camp attacked the soldiers with firebombs and rocks; gunshots were heard during the clashes. The troops responded with live fire and riot dispersal methods, the Israel Defense Forces said.

The Palestinian Wafa news service reported that Zeid Fadel Qeisieh, 15, was shot in the head and killed during the clashes. One Israeli soldier was injured, according to the IDF.

The IDF has mounted an extensive manhunt for the rock thrower.

The phrases in Hebrew spray-painted on the walls of several homes read “I don’t sleep when blood is spilled here” and “our soldiers’ lives come before the lives of the enemy.” The statements included several Stars of David.