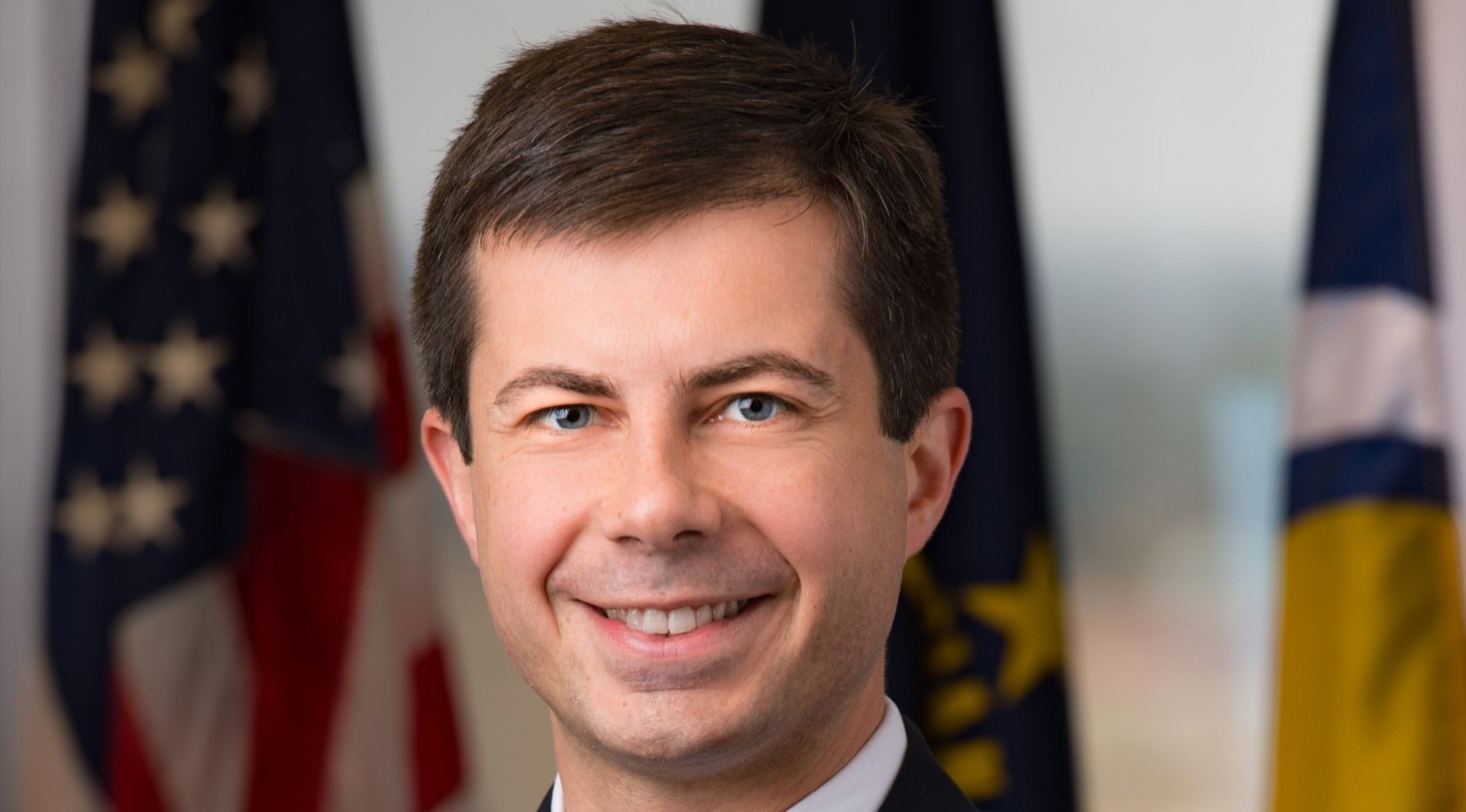 WASHINGTON (JTA) — Pete Buttigieg, the gay veteran who has earned national attention for leading the revitalization of South Bend, Indiana, where he is mayor, joined a crowded pack of Democrats seeking the party’s presidential nomination.

Buttigieg, 37, emphasized in his announcement Wednesday the three attributes that make him stand out in a field of eight candidates who have declared thus far: “Pete Buttigieg is a millennial Mayor, Afghanistan war veteran, and husband,” his presidential campaign page said.

He is also the first South Bend mayor to marry while in office. Buttigieg and his husband, Chasten Glezman, were married last year at an Episcopal cathedral in South Bend.

A Jewish DNC official was in his corner.

Buttigieg gained national attention in 2017 when he emerged from nowhere as a credible candidate to take over the Democratic National Committee. In that race he had the backing of Susan Turnbull, a former vice chairwoman of the DNC who has been a leader of a number of Jewish organizations, including the Jewish Council for Public Affairs and Jewish Women International.

Tom Perez, the former secretary of labor, secured the DNC top spot, but Buttigieg has since earned a national profile, most recently in a magazine cover profile in The Washington Post Magazine.

Buttigieg visited Israel last year as part of a mayors tour organized by Project Interchange, an American Jewish Committee affiliate that introduces young politicians across the globe to the Jewish state. While he was there, rockets from Syria were launched into Israel.

“It was a reminder of how real and how alive all these issues are,” he said in an AJC podcast. “It didn’t stop people from living their lives and I actually think there’s a lesson to be learned from that for America … to prevent terrorists from succeeding in their goal of becoming our top priority.”

Buttigieg said he was concerned that Israel was becoming a political football.

“There’s a risk that support for Israel could come to be regarded as a partisan issue and I think that would be really unfortunate,” he said. “One of the first things you realize when you get on the ground is that this is not a left vs. right issue — at least it shouldn’t be. The Democratic Party is I think ultimately committed to the idea of peace and security and stability and fairness for everybody.”

A Jewish Republican beat him to the punch.

Buttigieg would be the first openly gay major ticket nominee, although not the first candidate: Fred Karger, who is Jewish and gay, sought the Republican nomination in 2012.