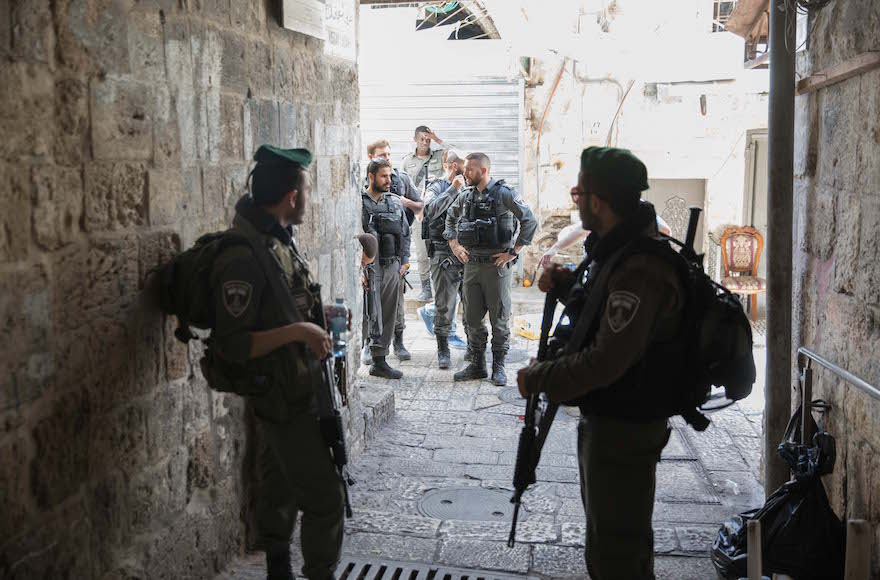 Israeli security forces in Jerusalem's Old City after a stabbing attack in May 2017. (Flash 90)
Advertisement

Police said that two assailants were shot and killed at the scene.

The officer, who is in his 30s, is in light-to-moderate condition, according to United Hatzalah, an emergency medical service.

“The stabbing victim was treated at the scene for a stab wound in his upper body, following which he was transported to the hospital for further care while fully conscious,” said Dov Maisel, a paramedic and United Hatzalah’s vice president, who was at the scene of the attack near the Shalshelet Gate.