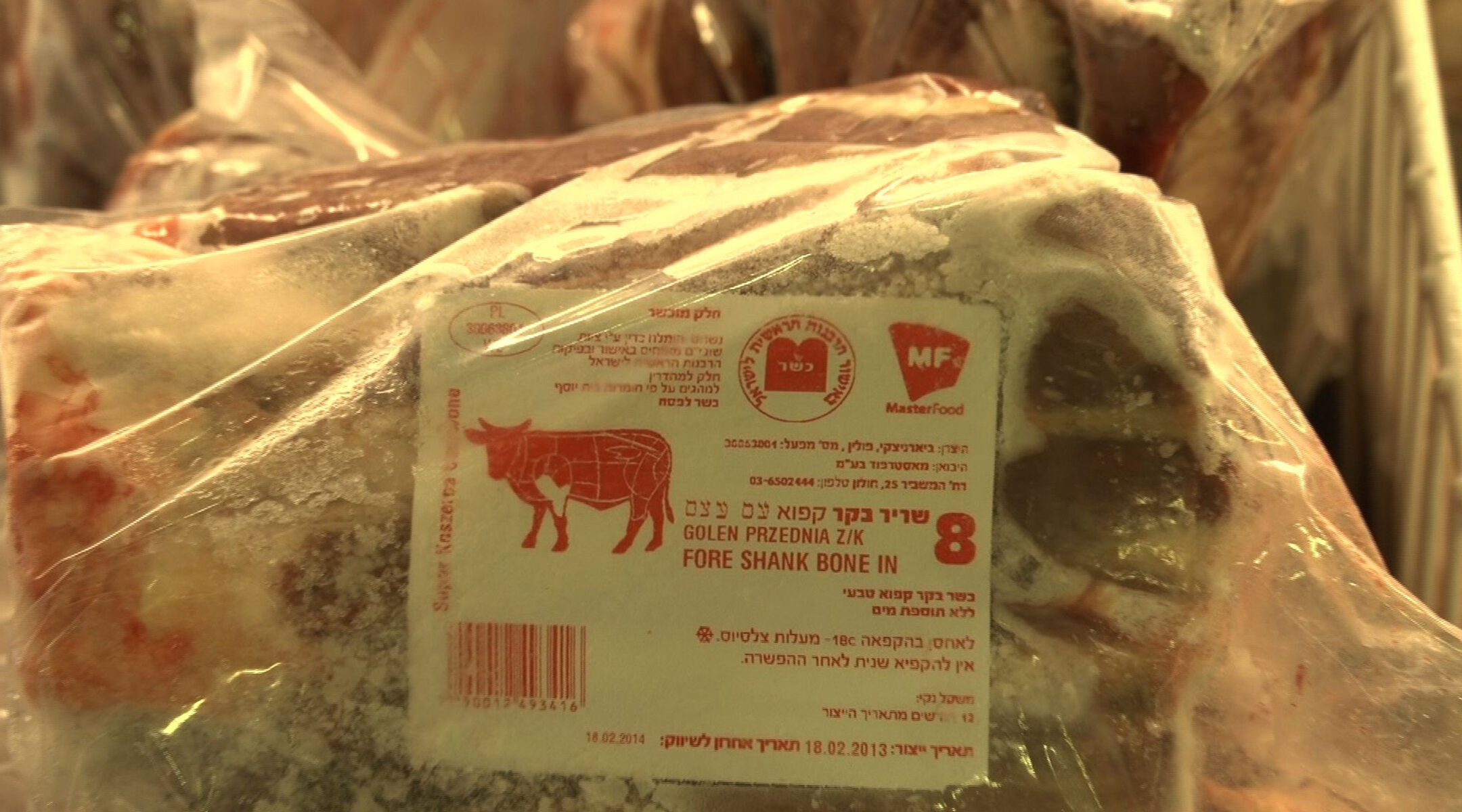 Kosher meat from a cow that was slaughtered in Poland in Nov. 2013 carrying a kosher certification from the Chief Rabbinate of Israel. (Aryeh Gross)
Advertisement

(JTA) — The Polish government has scrapped a bill that would have banned the production of kosher and halal meat, but vowed to introduce a new one.

Agriculture Minister Grzegorz Puda announced Wednesday that the bill, already passed by parliament, will not be brought to the president for a signature. Instead, a new law will be drafted and submitted to parliament.

The development is the latest in a series of conflicting legislative actions on ritual slaughter that illustrate the right-wing government’s difficulties in implementing a policy it believes in, but which has the potential of hurting many farmers who belong to its base.

Puda did not explain the reason for the decision, but he seemed to suggest that the original legislation was not restrictive enough on ritual slaughter, a $1.8 billion industry in Poland, most of it for export.

The bill, which also included a ban on raising animals for fur and would have beefed up the legal discretion available to veterinarians and animal welfare inspectors, took into account the interests of farmers and entrepreneurs, Puda said in explaining the move.

A parliamentary committee had initially excluded ritual slaughter from the bill, but that provision was reintroduced before it passed. Last month, the Polish Senate introduced an amendment that postponed the ban’s implementation to 2025.

Puda said the new bill will be “adjusted to E.U. laws,” which he said ban ritual slaughter. In reality, European laws allow for slaughtering animals without stunning for religious reasons, as is required by Judaism and Islam. The new bill is expected to include a proposed ban on ritual slaughter for export.

Jan Krzysztof Ardanowski, Puda’s predecessor, said he and many others are “lost in guesswork” over the government’s handling of the legislation.