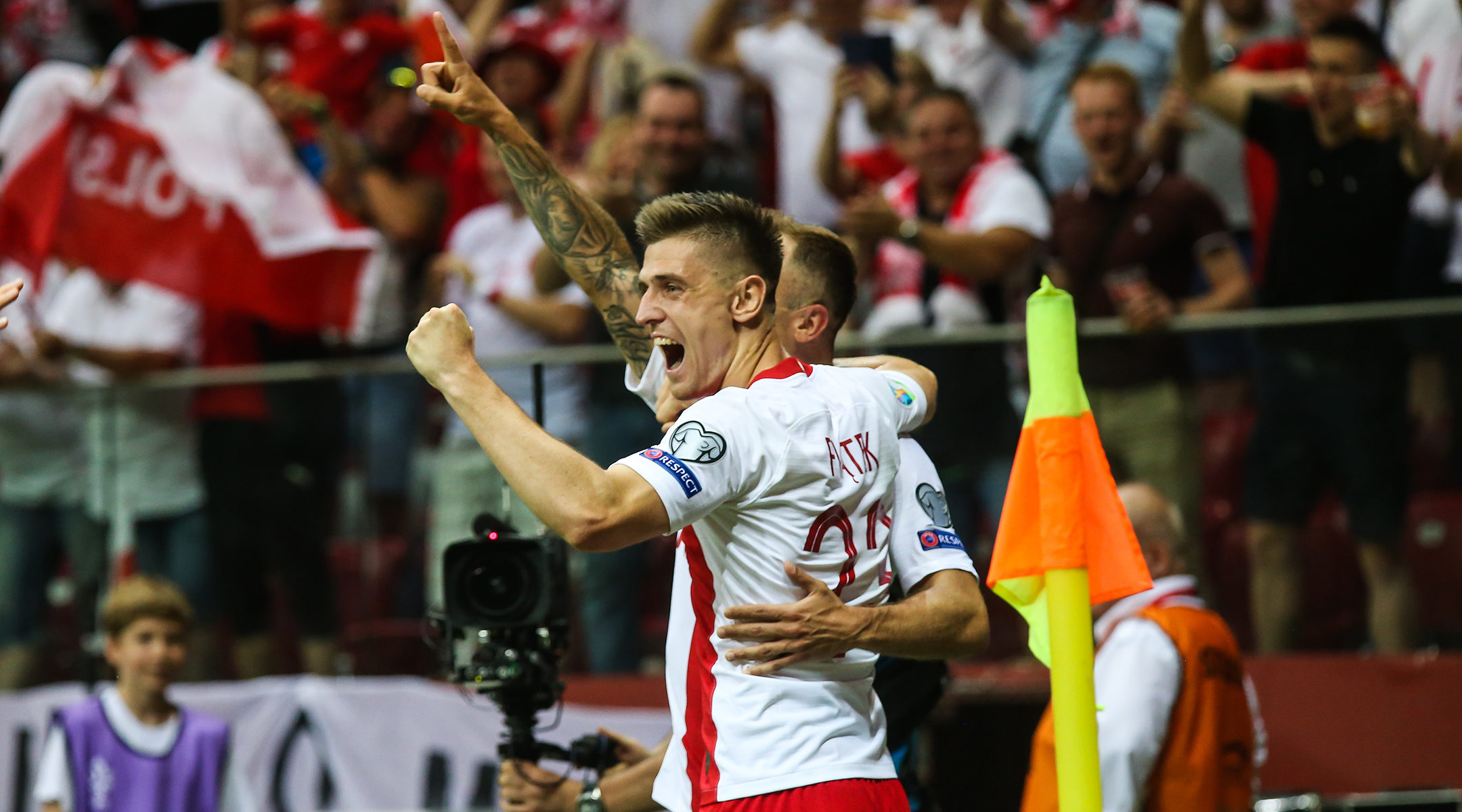 (JTA) — On its official Facebook page, the Polish soccer association described its team’s victory over Israel as a “pogrom.”

The term, harking back to centuries of massacres perpetrated against Jews in Poland and throughout Europe, appeared Tuesday on the page of the Polish Football Association, or PZPN, following a Euro qualifiers game in which Poland defeated Israel, 4-0.

“This is a pogrom! Winning over Israel 4:0!” the update read.

The word was removed shortly after appearing on the club’s Facebook page.

In English-language media, the word pogrom, which began appearing in Russian in the late 19th century, is closely associated with anti-Semitic violence.

However, in Poland and elsewhere, it is often used as well to describe other forms of bloodshed, including the so-called Galician Slaughter, or uprising of 1846, in which Polish peasants killed hundreds of non-Jewish noblemen. The episode is characterized as a pogrom in the Polish Szkolnictwo learning portal, among other resources.

Relations between Poland and Israel have suffered since the introduction of a law in Poland last year making it illegal to blame the Polish nation for Nazi crimes. It triggered a crisis with Israel, which argued it limits research and free speech about the Holocaust.

The dispute has escalated to include acrimonious exchanges between the highest levels of leadership of both countries, including over restitution of property stolen from Polish Jews during and after the genocide.