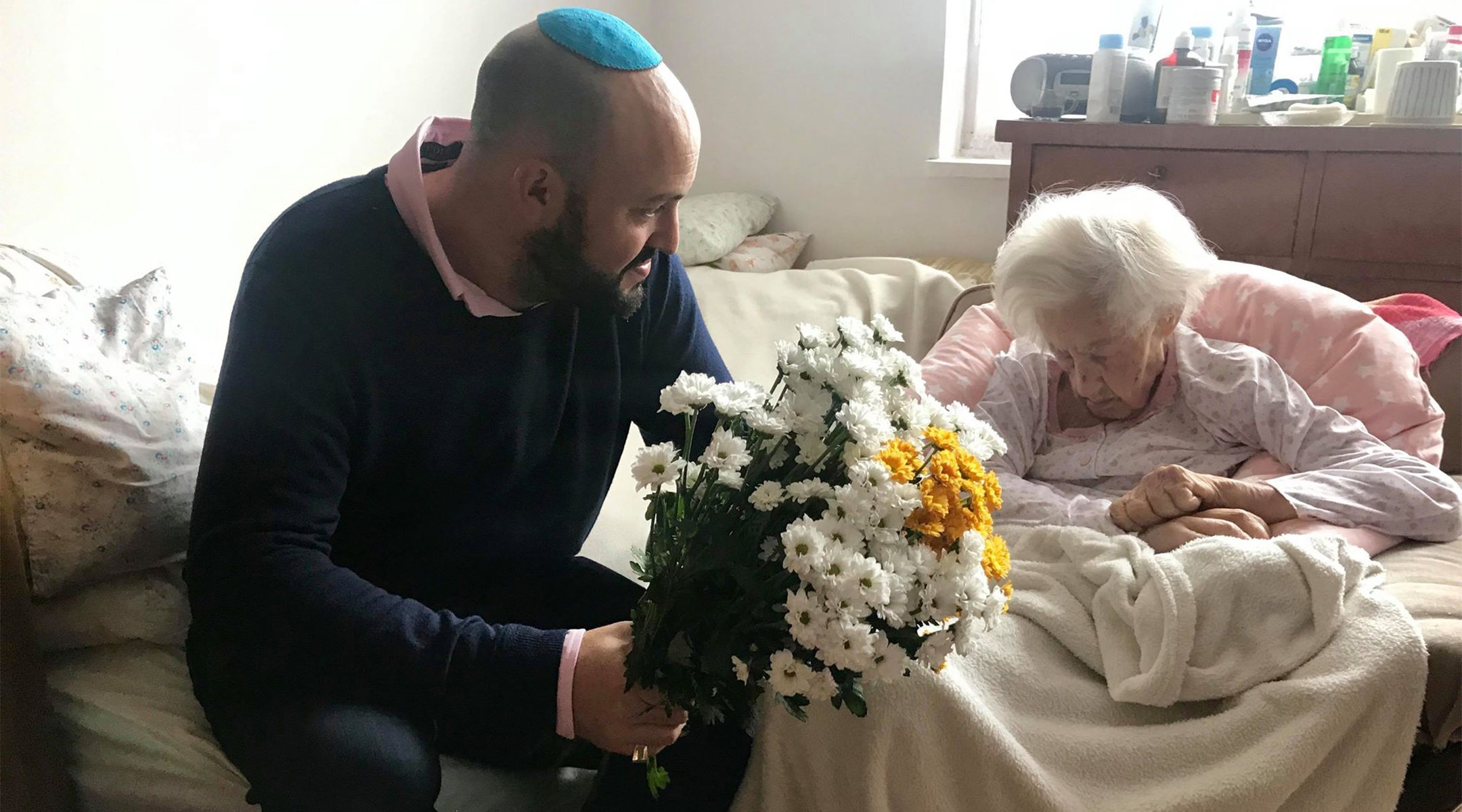 Krystyna Danko receives flowers from From the Depths founder Jonny Daniels in her Warsaw apartment on her 102nd birthday, July 9, 2019. (From the Depths)
Advertisement

(JTA) — Krystyna Danko, one of the oldest and most celebrated non-Jews recognized by Israel for saving Jews from the Holocaust, has died. She was 102.

Danko, who became deaf and blind a few years ago, passed away Wednesday in her Warsaw home. She died in her sleep in a hospital bed recently purchased for her by Holocaust survivors, Jonny Daniels, founder of the From the Depths commemoration group that collected the money for the bed, said in a statement.

Before World War II, Danko was an orphan who was taken in by a Jewish family named Kokoszko in Otwock, near Warsaw. During the war, Danko almost singlehandedly rescued all four members of the family, according to her case file at Yad Vashem, Israel’s authority for commemorating the Holocaust.

In 1998, Danko was named Righteous Among the Nations by Yad Vashem, whose website characterizes her efforts as “incredible” — unusual for the memorial.

Her son, Wojciech, wrote in a statement about his mother: “She was the most wonderful mother, full of warmth and understanding (as well as a sense of humor). She gave her three children all the best. She supported her husband Mieczysław during his five-year political imprisonment during the Stalinist terror, raising children in difficult conditions and supporting his family.”

Daniels in an obituary called her “an angel of goodness and righteousness and a beacon of light in a dark and difficult world.”