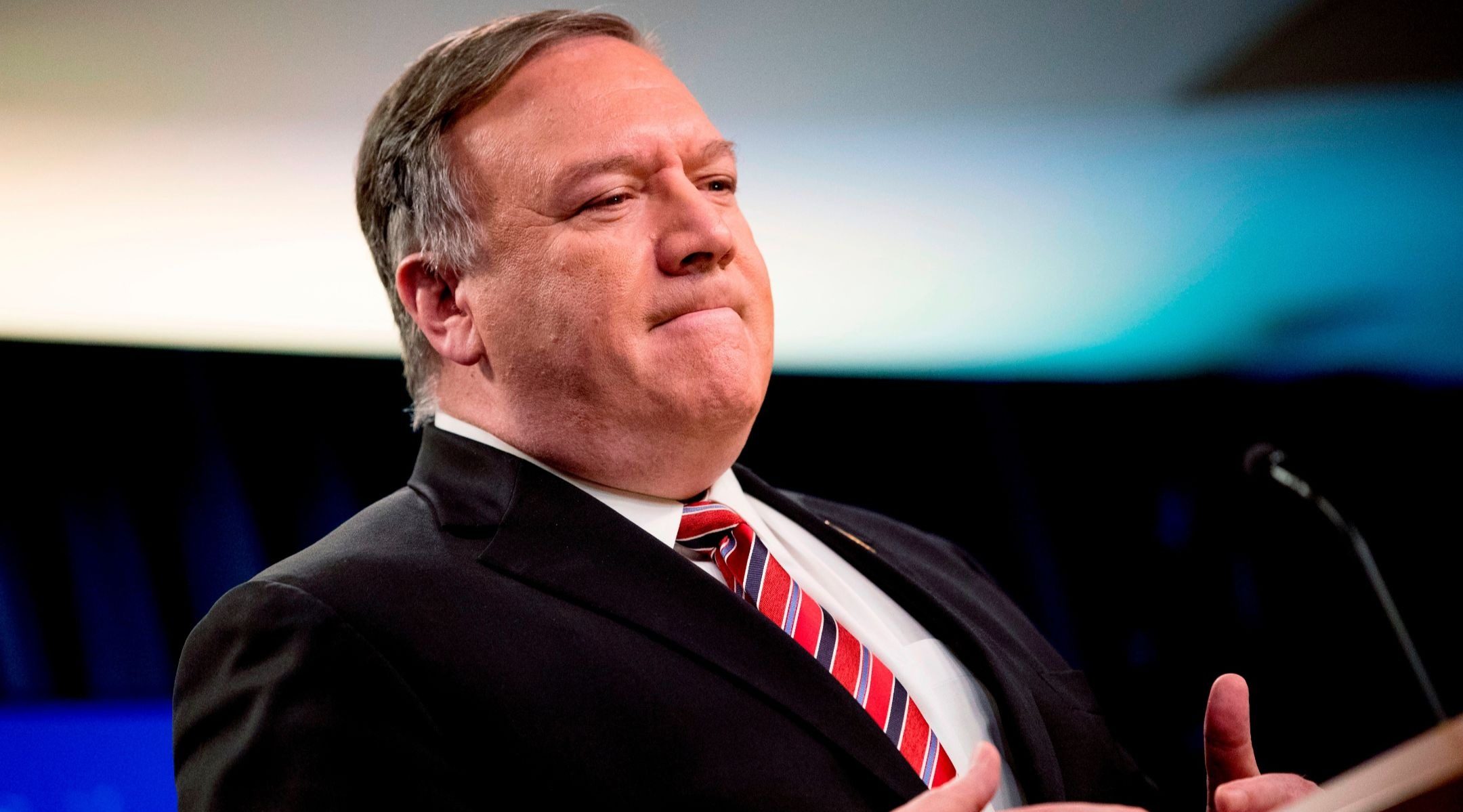 (JTA) — Secretary of State Mike Pompeo said the U.S. will “exact consequences” on the International Criminal Court if it “continues down its current course” of attempting to “assert jurisdiction over Israel.”

Israel has for years been accused of committing war crimes in the West Bank, eastern Jerusalem and the Gaza Strip. Last month, ICC lead prosecutor Fatou Bensouda ruled that Palestine is a state and the International Criminal Court has jurisdiction involving its cases. A three-judge panel must now affirm Bensouda’s decision.

Israel is not a member of the ICC, but the Palestinian Authority is, even though it is not a full member state of the United Nations.

Pompeo issued a statement on the matter on Friday, two days after a whirlwind visit to Israel to meet with Israeli Prime Minister Benjamin Netanyahu, Benny Gantz and Israeli security officials.

Pompeo wrote that the U.S. does not agree that the Palestinians qualify as a “sovereign state.” He also called the court a “political body, not a judicial institution.”

Senators and members of the U.S. House of Representatives from both parties called on Pompeo to protect Israel from ICC prosecution in a letter last week.