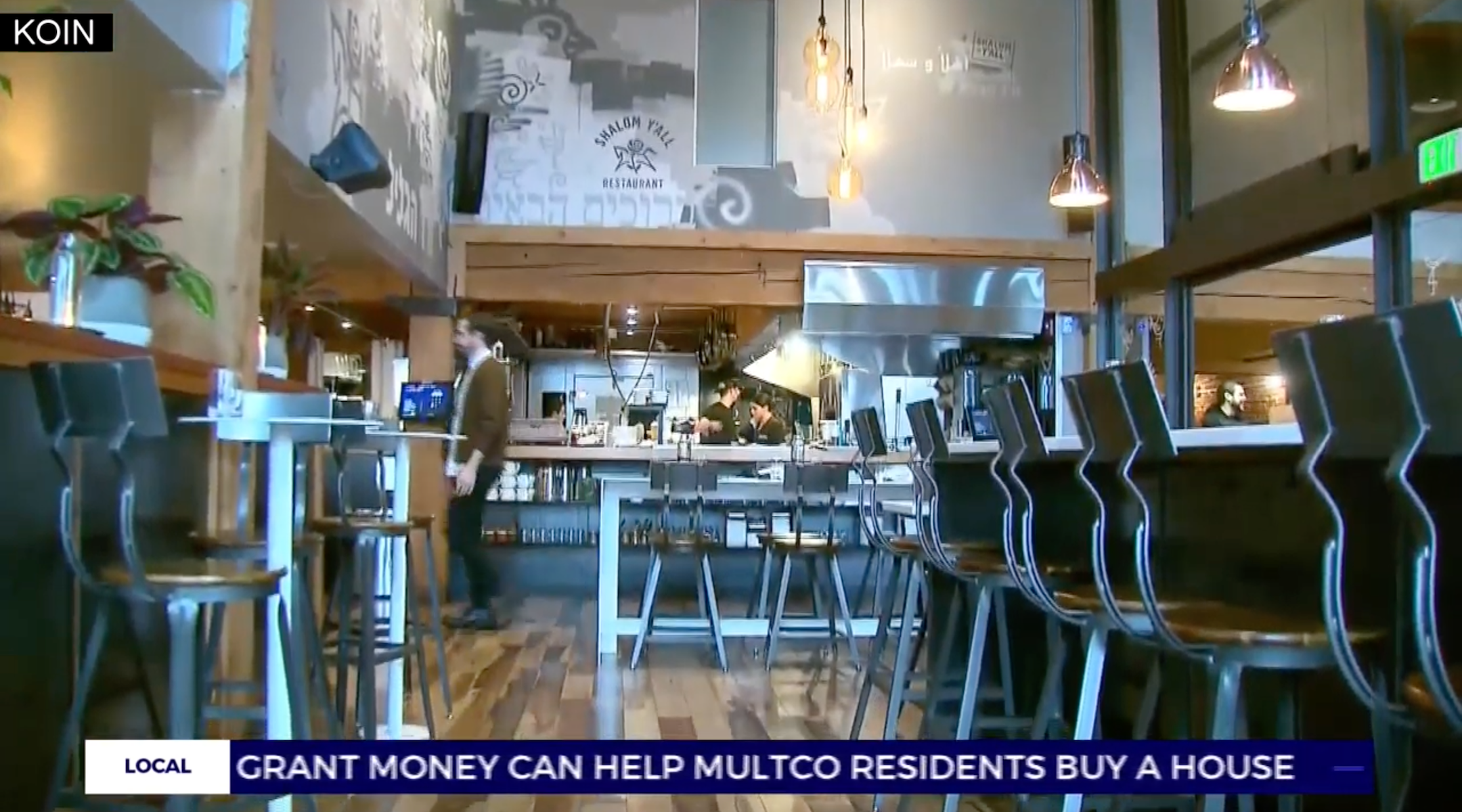 The interior of a Shalom Y'all restaurant in Portland, shown in a 2019 newscast. (Screen shot from YouTube)
Advertisement

(JTA) — Three restaurants in Portland that serve Israeli cuisine were vandalized with graffiti reading “Free Palestine” and other slogans over the weekend.

The vandalism targeted two locations of the Shalom Y’all restaurant chain, as well as Aviv, a hummus restaurant. All of the restaurants had recently removed the word “Israeli” from their signage, according to The Oregonian.

The graffiti also included phrases like “Shalom Y’all my ass,” “Hummus is not Israeli” and “Falafel is from Palestine.”

Shalom Y’all was targeted with an anti-Semitic attack in 2019 as well, according to local station KGW8, when hackers infiltrated its voicemail twice and changed its voice message to a stream of anti-Semitic and homophobic slurs. An employee also received a threatening call on the restaurant phone. The restaurant’s phone number was also used to make threatening calls to other restaurants.

After this weekend’s vandalism, spokespeople for the restaurants said they didn’t want to “get into the politics” motivating the graffiti, according to The Oregonian. The owners of Shalom Y’all called the graffiti anti-Semitic, the paper reported.

“Most of the employees at Aviv are not Israeli,” Aviv daytime manager Zach Hoffman said. “Our chef is from Israel, but I don’t think he wants to be involved in the politics side of it.”