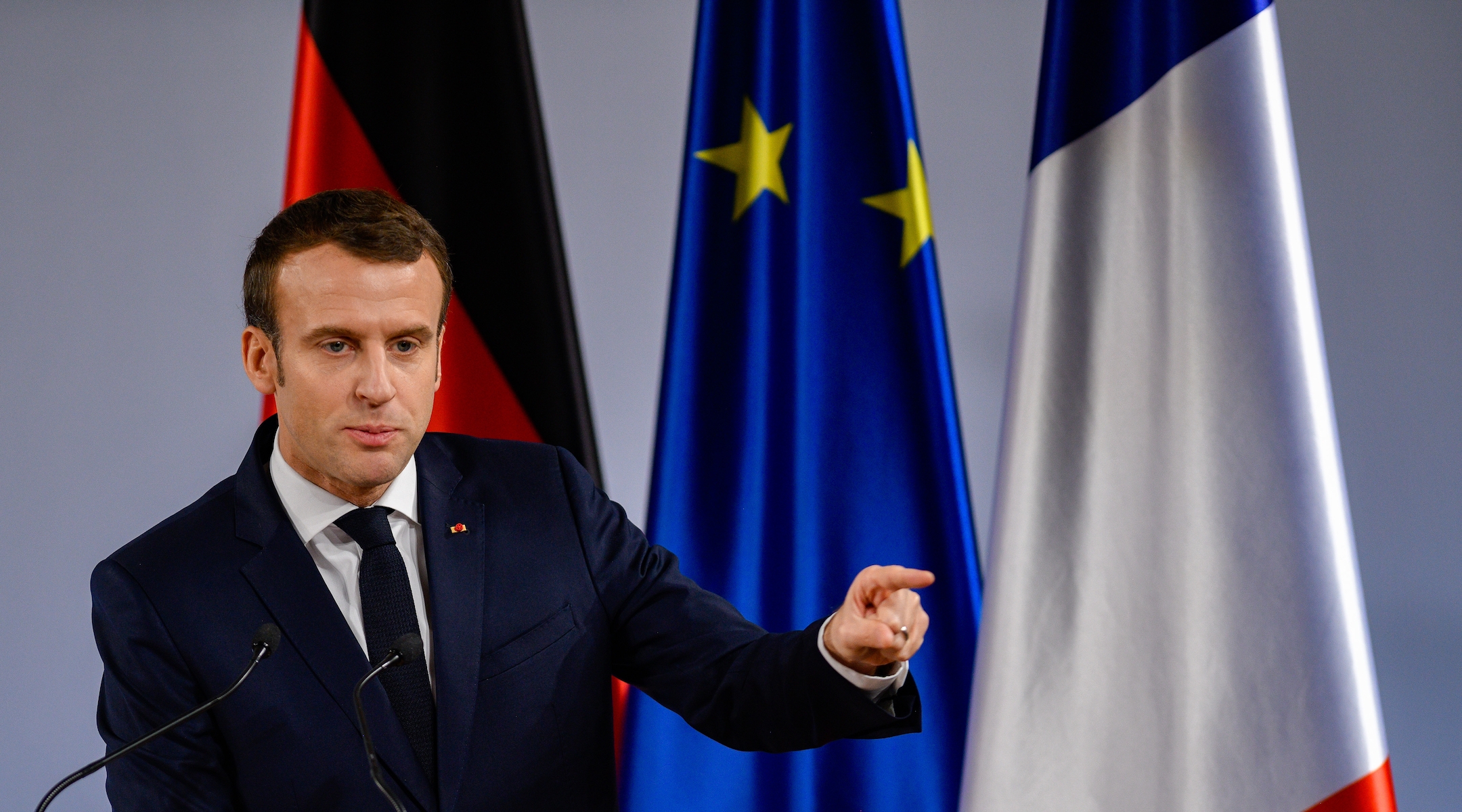 “For the first time in many years, anti-Semitism is killing people again in France,” Macron said Wednesday night at the annual dinner of the CRIF umbrella of French Jewish groups. He added that French authorities “did not know how to react effectively,” calling this a “failure.”

Earlier this month, French authorities reported a 74 percent increase in anti-Semitic incidents in 2018 over the previous year.

Macron told Israeli Prime Minister Benjamin Netanyahu of the decision on the International Holocaust Remembrance Alliance definition in a conversation Wednesday. Lawmakers in France have resisted the definition, which was adopted last year by the European Parliament and several European Union member states.

The move was announced one day after thousands of demonstrators, including two former French presidents, gathered in cities across France to condemn anti-Semitism. The rallies followed several incidents of anti-Semitism in France, including the desecration of a Jewish cemetery in the Strasbourg area.

In a statement about Macron’s move by Netanyahu’s office, a spokesperson for the Israeli prime minister said the definition in question “determines that anti-Zionism is a form of anti-Semitism.” The IHRA definition does not contain any reference to Zionism.

It does say that alongside the classic expressions, manifestations of anti-Semitism “might include the targeting of the state of Israel, conceived as a Jewish collectivity,” though “criticism of Israel similar to that leveled against any other country cannot be regarded as anti-Semitic.”

Pro-Palestinian activists have campaigned against the definition, claiming it silences criticism of Israel.