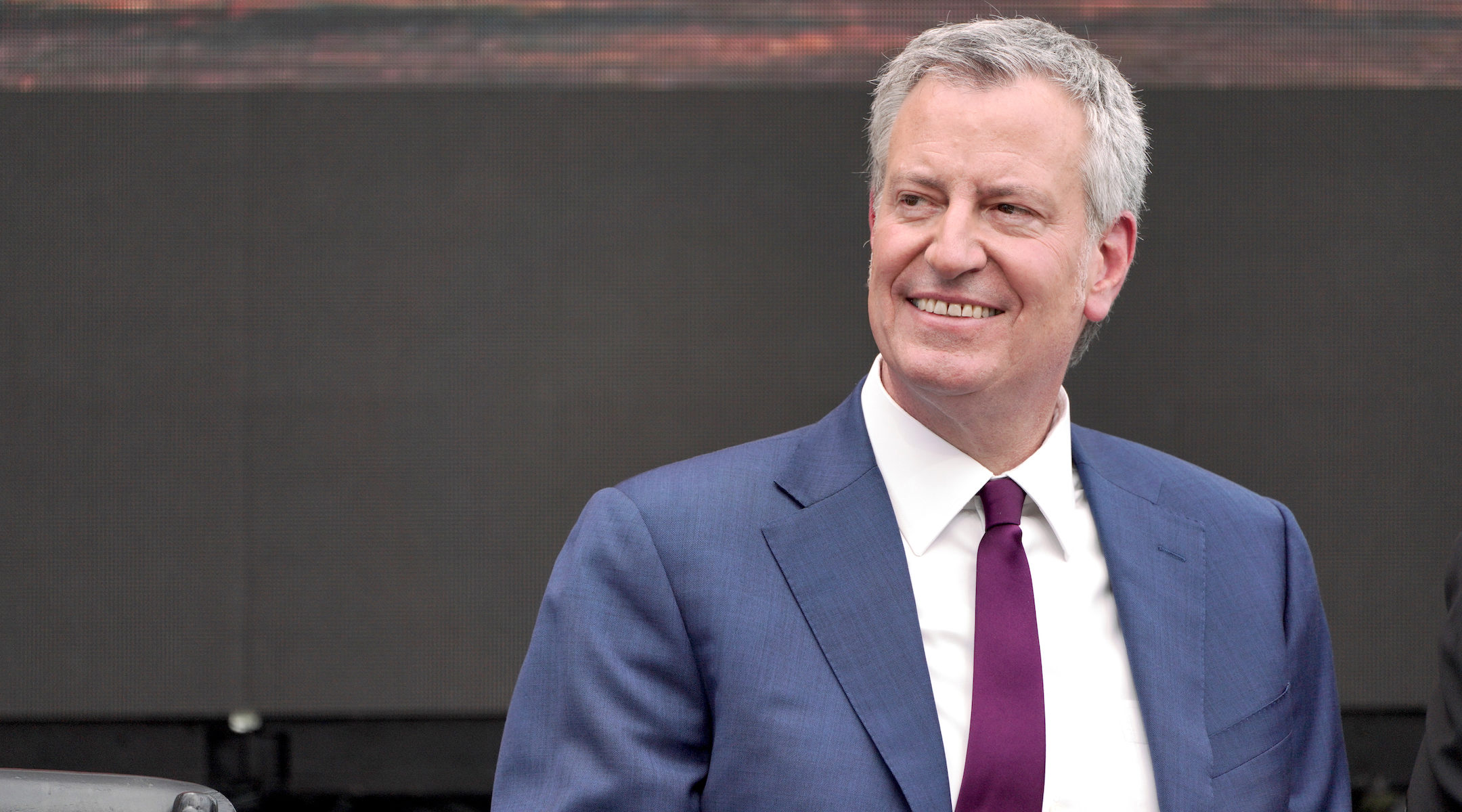 At a news conference Tuesday in Brooklyn about the rise of hate crimes in the city, de Blasio was asked about a supposed rise in anti-Semitism on the left.

“I think the ideological movement that is anti-Semitic is the right-wing movement,” responded the mayor, who announced his 2020 White House run last month.

At the news conference, the New York Police Department said that hate crimes have risen this year despite a decrease in overall crime. Sixty percent of the hate crimes counted were committed against Jews, in particular those living in predominantly Orthodox areas, Bklyner reported.

“I have not seen any white supremacists coming in here committing these hate crimes,” the Jewish Democrat said, according to the New York Post.