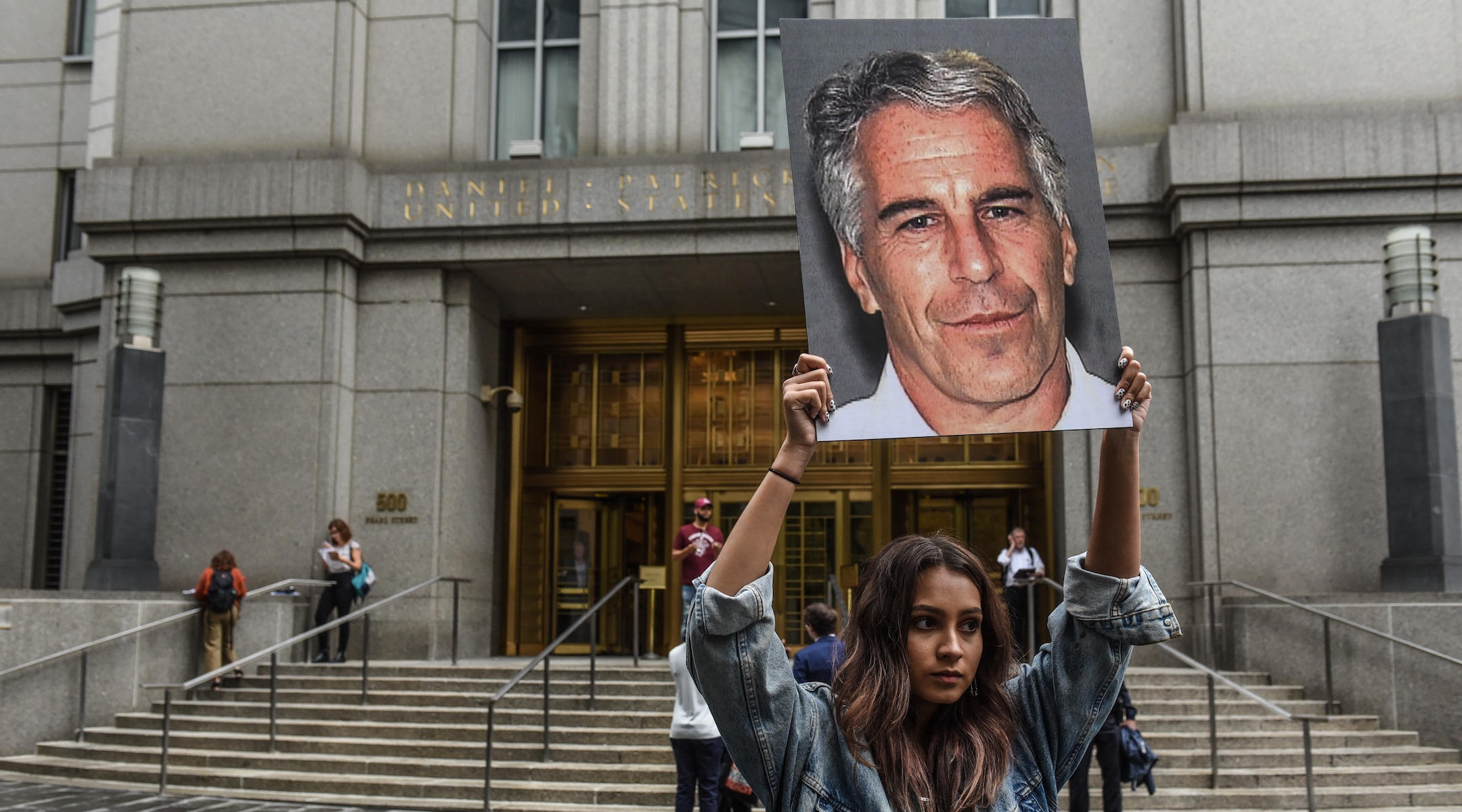 A protester holds up a picture of Jeffrey Epstein in front of a federal courthouse in New York City, July 8, 2019. (Stephanie Keith/Getty Images)
Advertisement

(JTA) — Britain’s Prince Andrew denied having sex with an underage girl trafficked by Jeffrey Epstein and said he regrets not cutting ties with Epstein after the millionaire financier’s 2008 legal trouble for soliciting a minor.

Prince Andrew discussed his relationship with Epstein and addressed the accusations of Virginia Giuffre in a BBC interview on Saturday.

Giuffre claims she was forced by Epstein to have sex with the prince three times, in London, New York and the U.S. Virgin Islands. The prince provided an alibi for one of the encounters and poked holes in her memories of the other two.

The prince saw Epstein following his release from custody in Florida and stayed at his New York mansion for several days. It was then that he said he ended his friendship with Epstein. They had no further contact.

“It was the wrong decision to go and see him in 2010,” Andrew said. “I kick myself for (it) on a daily basis because it was not something that was becoming of a member of the royal family.”

Prince Andrew acknowledged he had stayed on Epstein’s private island, visited his home in Palm Beach, Florida, and traveled on his private plane.

Epstein was found dead in early on Aug. 10 at the Metropolitan Correction Center in Manhattan while awaiting trial for sex trafficking charges for allegedly abusing dozens of minor girls. His death was ruled a suicide.