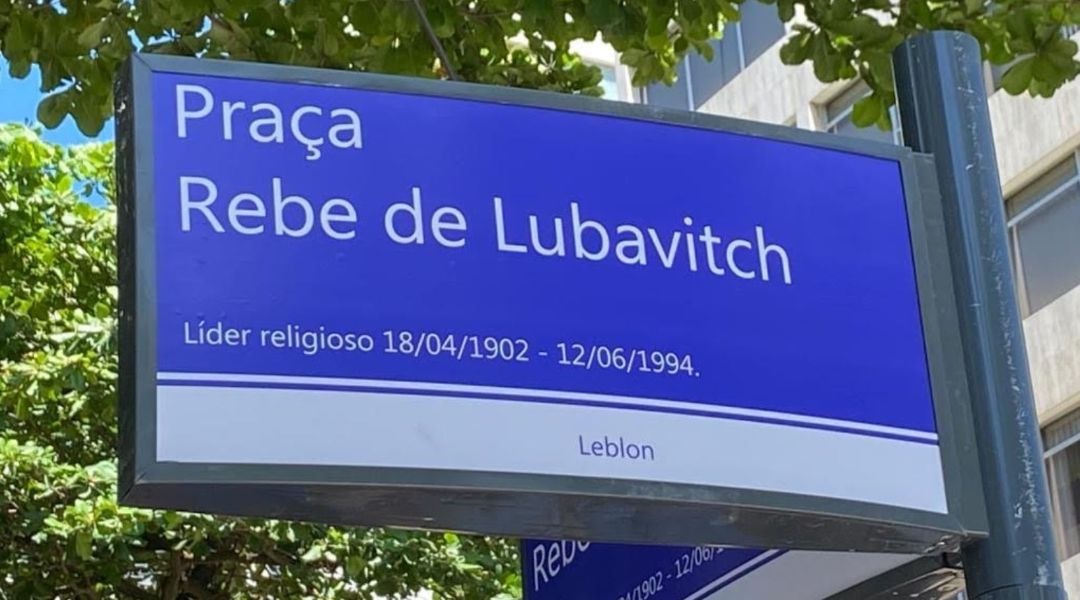 Several Jewish and non-Jewish leaders attended the Wednesday ceremony to honor the legacy of Rabbi Menachem Mendel Schneerson, who as rebbe from 1950 until his death in 1994 led the Chabad-Lubavitch Hasidic movement through a period of revival and spread its influence through Jewish outreach centers around the world.

“Every righteous person must be remembered for his deeds,” Rio’s first lady, Sylvia Jane Crivella, said on behalf of Mayor Marcelo Crivella, a fervently pro-Israel evangelical Christian clergyman. “This square eternalizes the memory of a man that left precious teachings for all humankind.”

The square is located in Leblon, Rio’s wealthiest neighborhood and home to hundreds of Jewish families, where the city’s first Chabad center was inaugurated in 1987.

“When my parents fled racism and anti-Semitism in their native land and came to Rio in the 1930s, benches at public squares there had messages such as ‘forbidden to dogs and Jews’ written on them,” Israel’s honorary consul in Rio, Osias Wurman, told the Jewish Telegraphic Agency. “Eighty years after, we are here at a public square in of Rio’s most beautiful places to inaugurate a square named after the greatest Jewish leader of the recent generation.”