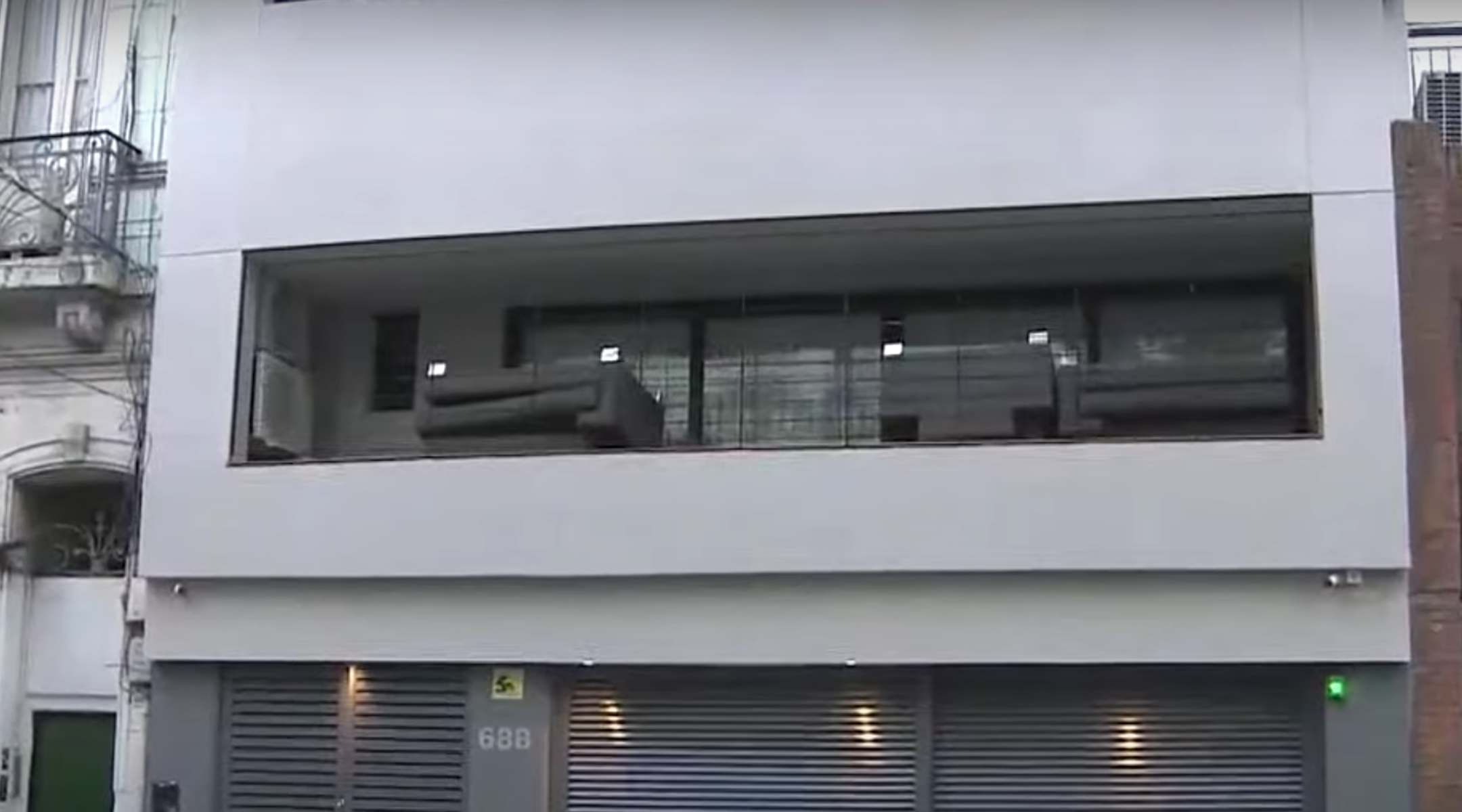 A Jewish wedding party held in this building in Buenos Aires was broken up by police and led to arrests. (Screen shot from Telenueve)
Advertisement

BUENOS AIRES, Argentina (JTA) — The bride and groom, along with their officiating rabbi, were among eight people arrested by Buenos Aires police for gathering at a wedding and violating the public coronavirus lockdown that bans public and religious events.

It was the third Jewish wedding in less than a week in the Balvanera area of the city, which is home to a large Orthodox population, that skirted the regulations. (It’s also nicknamed Once for its proximity to the large Once de Septiembre train station.)

The first took place on May 20 with some 150 participants. The second, on Sunday, prompted some neighbors to call authorities but no police action was taken.

But authorities were alerted about the third ceremony and police raided the building on private property. The incident was covered on Argentine TV channels.

A source close to the community said the largest of the weddings involved people from the Shuba Israel congregation, which has lost at least two members to COVID-19, father and son Roberto and Gabriel Yabra. Roberto’s wife Teresa, 79, was also hospitalized with the virus but has since recovered.

The AMIA Jewish organization, the Buenos Aires-based Latin American Rabbinical Seminary and the local chapter of the Chabad-Lubavitch movement all condemned the weddings.

“Participating in these weddings or meetings is prohibited, and if a person has already been in one of these activities, they must be isolated from our community for at least 35 days and must quarantine at home,” the Chabad chapter said in a statement.

This wasn’t the first run-in with police that Buenos Aires Jews have had during the lockdown. Three days in, a rabbi and two others were detained for operating a mikvah, or ritual bath.