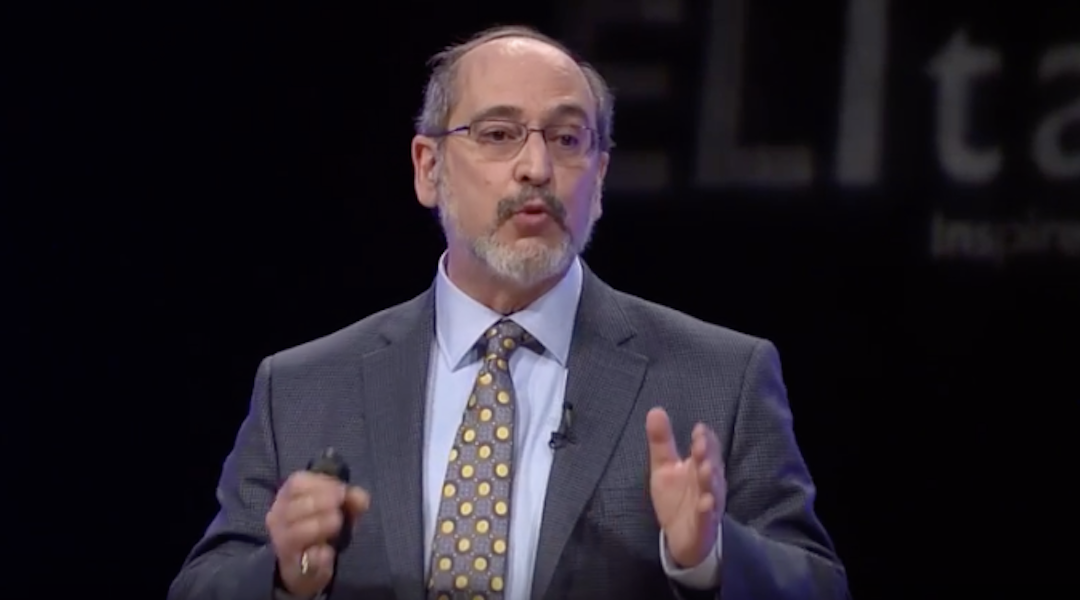 Troster was the spiritual leader at Kesher Israel Congregation in West Chester, Pennsylvania, and was involved in a number of Jewish and interfaith environmental initiatives. He also served as rabbinic director for J Street, the liberal Middle East policy group.

He died Friday at the age of 65. An email announcement from his family said he died “after a long illness.”

Troster was the founder and coordinator of  Shomrei Breishit: Rabbis and Cantors For the Earth, a member of Al Gore’s Climate Reality Project Leadership Corps, the rabbinic adviser for Hazon and rabbinic fellow for the Coalition on the Environment and Jewish Life.

In 2005, he was the only rabbi among the 50 invited guests at a two-day international interfaith conference on the environment held in Tehran, Iran. He said at the time that he was wary of the invitation, but that “[i]t was really important for people to see a rabbi in this situation, speaking about the Jewish tradition.”

He frequently lectured on and wrote about the religious perspective on environmentalism, bioethics, and Judaism and modern science, including as a contributor to HuffPost.

Born in Toronto, Troster, who described himself as an “eco-theologian,” spent summers growing up in Algonquin Provincial Park in Ontario, where long canoe trips helped instill his love of nature.

“As [a] Jewish person of faith, I hold deep respect for the fundamental understanding that God, as Creator of the universe, is [the] real Owner of all,” he wrote in 2017, marking the 40th anniversary of the Endangered Species Act. “It is also evident from the first chapter of Genesis, and other biblical texts, that God creates, takes care of, and takes pleasure in the diversity of life in the world.”

Troster is survived by his wife, Elaine Kahn, a writer; twin daughters, Rabbi Rachel Kahn-Troster, the deputy director of T’ruah: The Rabbinic Call for Human Rights, and Sarah Kahn-Troster, a health policy researcher, and their husbands; three granddaughters and one grandson.