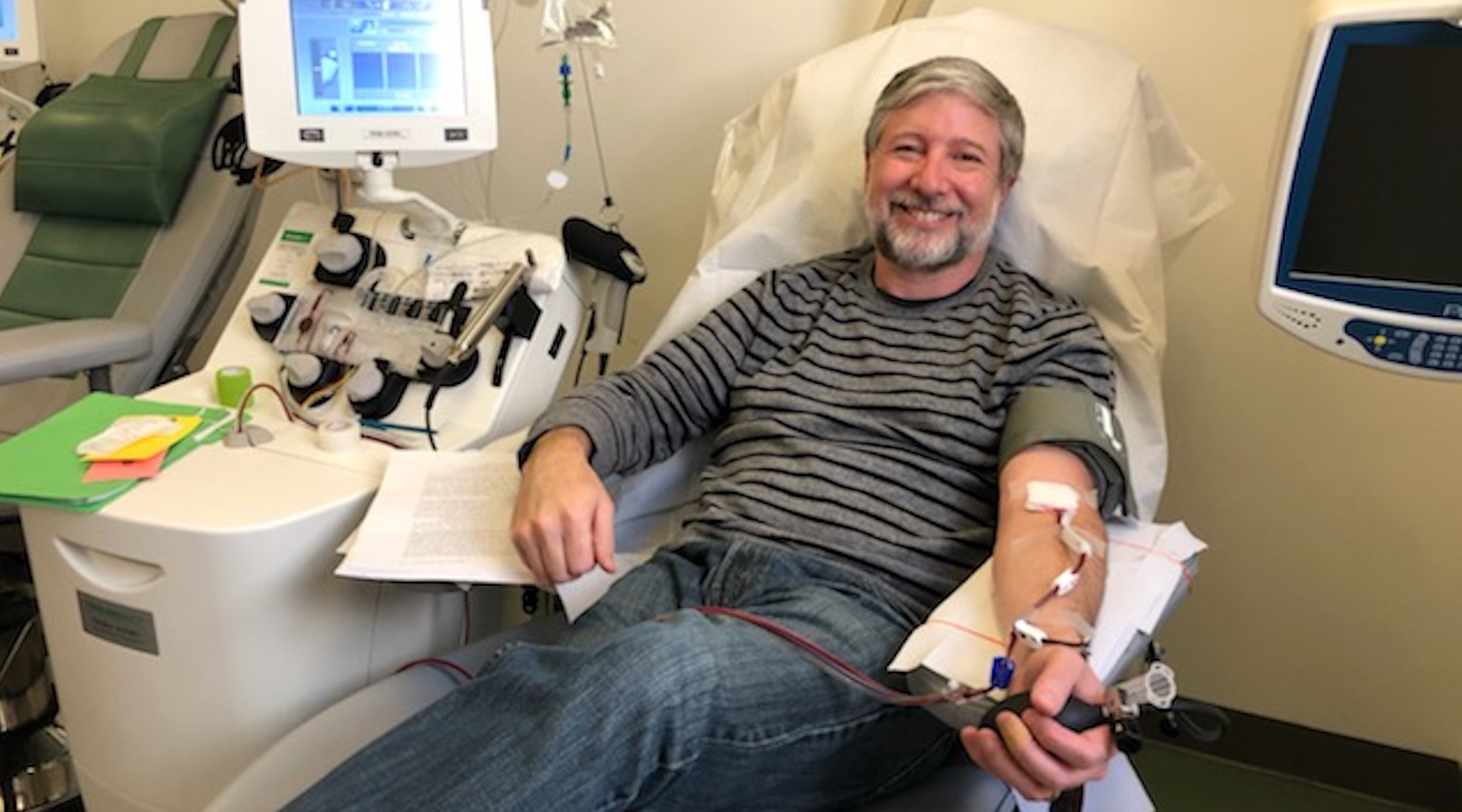 (JTA) — Among the mysteries of the coronavirus is that some patients suffer and ultimately die from the disease while others experience the symptoms as akin to a mild cold.

Rabbi Daniel Nevins is in the latter category. The dean of the rabbinical school at the Jewish Theological Seminary, Nevins was laid up for a few days earlier this month with a fever and some aches, and then recovered.

Nevins was tested for the coronavirus on March 12 and a week later got back a positive result. A week after that, he was tested again. Friday morning, he got the result: All clear.

Within hours, Nevins was hooked up to a machine at the New York Blood Center to donate blood plasma. In the race to develop effective treatments for the disease, researchers are investigating whether antibodies from the blood of people who have successfully fought off the disease may provide treatment for people who with more serious symptoms.

Earlier this week, the Food and Drug Administration allowed doctors to treat critically ill coronavirus patients with plasma on an experimental basis. Plasma has been shown effective in treating other infectious diseases, like polio, measles and influenza.

“I felt fortunate that my mild case of this illness might turn into a blessing for people who are seriously ill,” Nevins told the Jewish Telegraphic Agency. “The Torah teaches us not to stand idly by the blood of our neighbor. My Midrash [interpretation] is that no, instead lie down in a donor bed and give plasma.”

Whether antibodies are effective in treating coronavirus patients remains to be seen. Nevins’ plasma will be used as part of a trial at Mount Sinai Hospital in New York, which was among the first hospitals in the country to figure out how to detect antibodies in the blood of people who had recovered from coronavirus, the New York Times reported.

“It’s kind of difficult scientifically to know how valuable it is in any disease until you try,” said David Reich, the president and chief operating officer of Mount Sinai, told the Times. “It’s not exactly a shot in the dark, but it’s not tried and true.”