Rahm Emanuel says Omar ‘casts Jewish Americans as the other’ 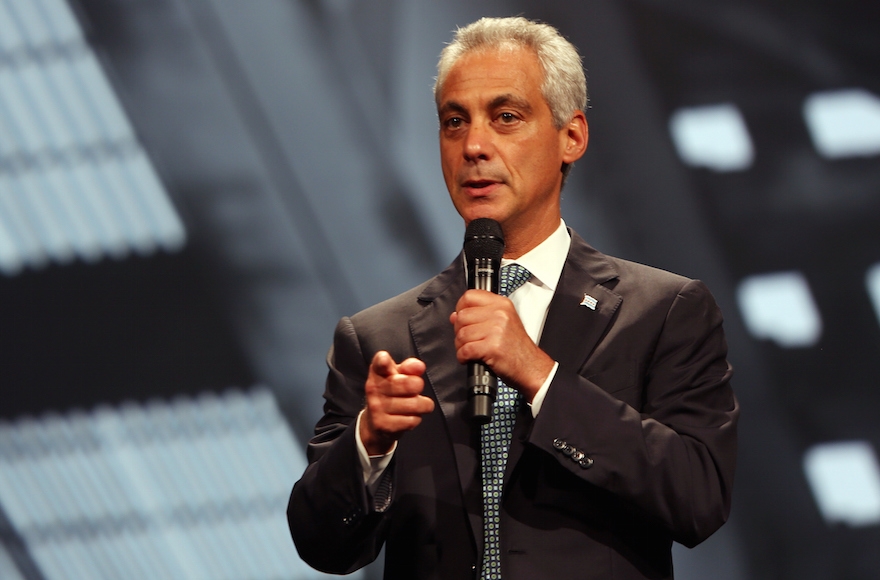 (JTA) — Chicago Mayor Rahm Emanuel, saying he has been the victim of dual loyalty accusations, said Rep. Ilhan Omar is crossing the line with anti-Semitic remarks in “casting Jewish Americans as the other.”

Omar, he wrote in The Atlantic, “is suggesting a dual loyalty that calls our devotion to America into question” over support for Israel.

Emanuel, the first Jewish mayor of Chicago and like Omar a Democrat, said he is “sensitive” to the charge of dual loyalty because he has been accused of being a citizen of Israel (his father immigrated to the United States from Israel) and he had to make public his U.S. birth certificate during his first campaign for Congress “to disprove false assertions about my background and loyalties.”

He said questions of dual loyalty have dogged Jews around the world for centuries.

“In embracing it, Omar is associating herself with calamities from the Spanish Inquisition to the Russian pogroms to the Holocaust. That’s not historical company that any American should want to keep,” he wrote.

Emanuel pointed to several times while serving as senior adviser to President Bill Clinton and chief of staff to President Barack Obama that he championed American interests when they come into tension with Israeli goals.

“My allegiance to this country wasn’t in question then. And it shouldn’t be now — nor should that of other American Jews,” he wrote. “That would be just as wrong as suggesting that all Muslims are potential terrorists and should be banned from entering this country.”