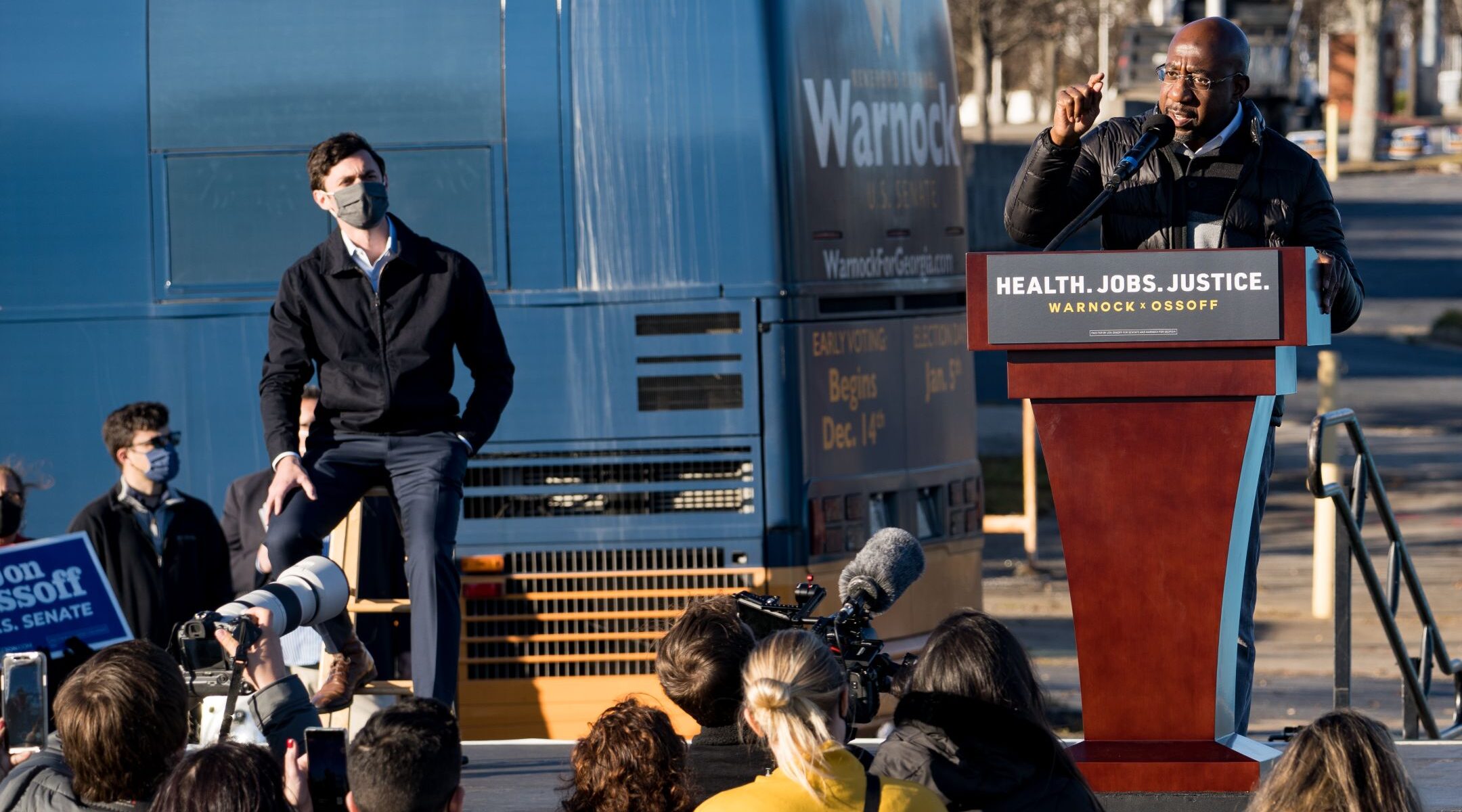 (JTA) — A Jewish Democratic group released a video ad Tuesday featuring the Rev. Raphael Warnock, the party’s challenger in one of two key Senate runoffs in Georgia, talking up the Black-Jewish alliance.

The Jewish Democratic Council of America’s ad comes as Warnock tries to fend off attacks by his opponent, incumbent Republican Kelly Loeffler, over past sermons in which the pastor was harshly critical of Israel.

The video features Warnock’s online meeting last week with JDCA and Jon Ossoff, a Jewish Democrat who is running in a separate Senate race against incumbent Republican David Perdue on Jan. 5.

“You’ve got a young Jewish man, an African African pastor, running together with shared values, shared commitment,” Warnock says over footage of him and Ossoff campaigning separately and together, and of 1960s newsreel items, including the murder of three voting rights activists, James Chaney, Andrew Goodman and Michael Schwerner.

“As I think about it I think about Schwerner, Chaney and Goodman, two Jews and an African-American who died fighting for voting rights. I think about Martin Luther King Jr. and Abraham Joshua Heschel. Heschel said when I marched with Dr. King, I felt like my legs were praying.”

Loeffler has featured prominently in her campaigning past statements in which Warnock praised the Rev. Jeremiah Wright, a pastor whom former president Barack Obama disavowed after Wright’s anti-Israel and anti-Semitic statements came to light, and in which Warnock harshly criticized Israel’s response to protests in 2018 on its border with the Gaza Strip.

In his JDCA talk, Warnock expressed support for Israel and said he had come to understand more about the threat that Hamas, which controls the Gaza Strip, poses to Israel.

Warnock has assailed Loeffler for her associations with right-wing extremists.