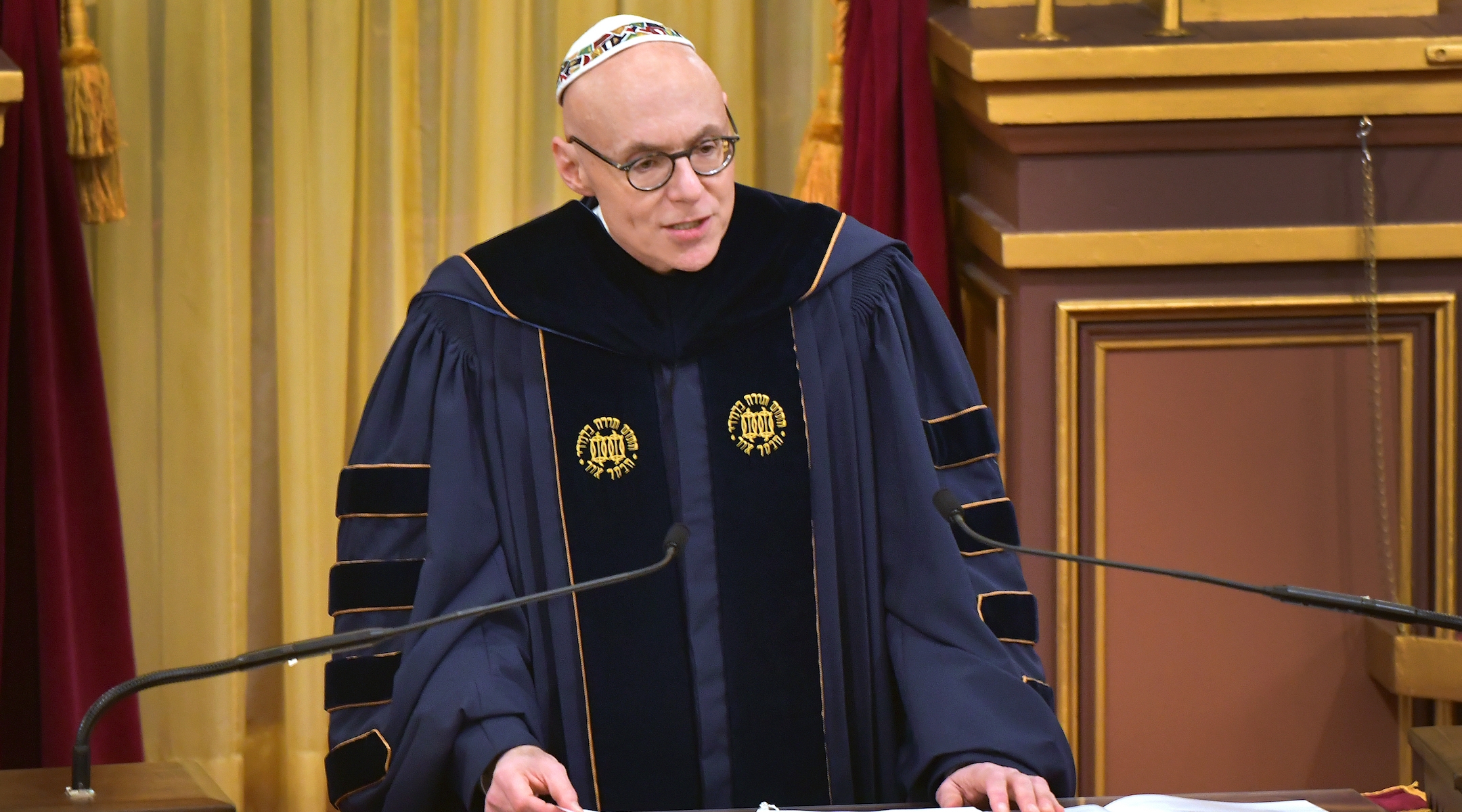 Andrew Rehfeld delivers his inaugural address as president of the Hebrew Union College-Jewish Institute of Religion at the Plum Street Temple in Cincinnati, Ohio, Oct. 27, 2019. (Courtesy of HUC)
Advertisement

(JTA) — Andrew Rehfeld has been inaugurated as the new president of the Reform movement’s rabbinical school — the first non-rabbi to take the post.

Rehfeld, an academic, is the 10th president of the Hebrew Union College-Jewish Institute of Religion. The school has campuses in New York, Jerusalem, Cincinnati and Los Angeles. The inauguration took place Sunday in Cincinnati.

He succeeds Rabbi Aaron Panken, who died in a plane crash last year at the age of 53.

Rehfeld, 53, is a former political science professor at Washington University in St. Louis who led the Jewish Federation of St. Louis. His academic work focuses on contemporary democratic theory and political theory, including as it relates to Jewish studies.

Speaking with the Jewish Telegraphic Agency after HUC announced his appointment last year, he said that one challenge facing the Reform movement is finding ways to differentiate itself from other liberal Jewish streams.

In 1972, Reform became the first American Jewish denomination to ordain a female rabbi, but as egalitarianism has become the norm outside the Orthodox world, its work on women’s ritual inclusion is no longer a way to stand out, Rehfeld said.

“We have to remain the leader,” he said, “but it’s no longer enough to distinguish us as a movement.”