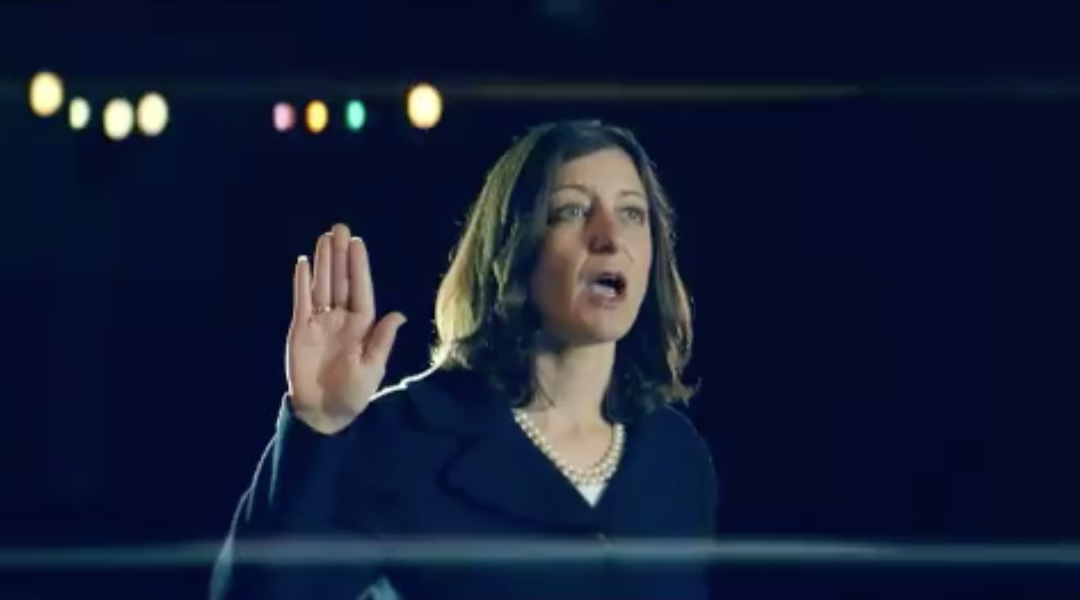 It’s a big deal because Luria is part of a group of centrist Democrats with national security backgrounds who have changed their minds about the impeachment scandal over time.

For Jews, the video is a big deal for another reason: Luria is seen multiple times clearly holding a Hebrew Bible as she recites the oath of office. The book is white and has her name inscribed on it.

The group of eight Democrats, including two other Jewish Democrats, Max Rose of New York and Elissa Slotkin of Michigan, had all opposed Trump’s impeachment for obstructing justice during an inquiry into Russian interference in the 2016 election.

They changed their minds when allegations emerged in September that Trump sought to extort from Ukraine a pledge to investigate former Vice President Joe Biden, a leading contender for the Democratic presidential nomination, in exchange for military aid.

“I didn’t come to Washington to impeach the president, but I also didn’t spend 20 years in the Navy to allow our Constitution to be trampled on,” Luria says in one of the news show outtakes.

The ad includes scenes from a town hall Luria held last month in her Navy-veteran district to explain her change of mind. Republicans have intensified their targeting of Luria and the other moderate Democrats now that they are backing impeachment.