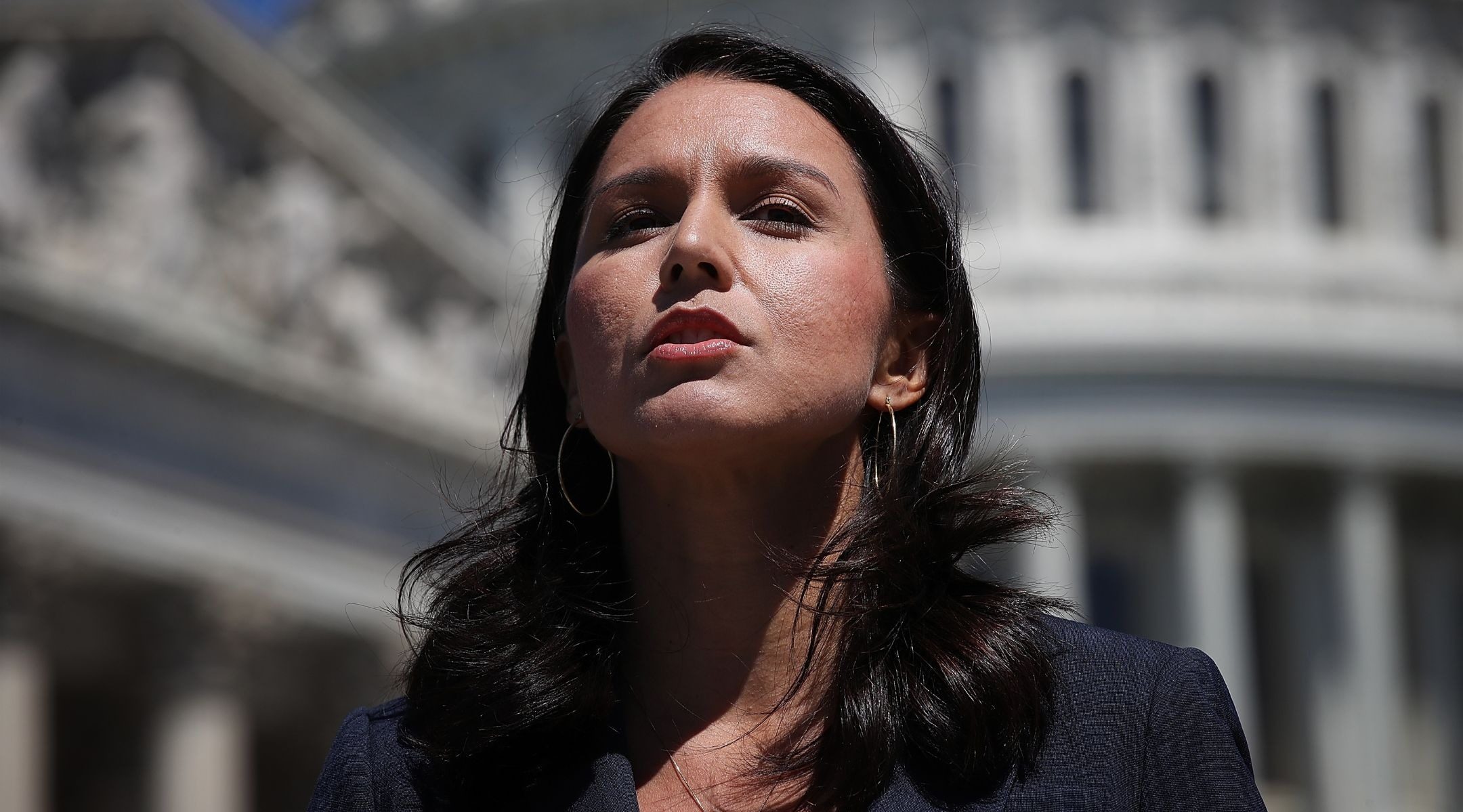 Rep. Tulsi Gabbard, D-Hawaii, holds a news conference outside the U.S. Capitol in Washington, D.C. on July 18, 2018. Gabbard announced on Jan. 12, 2019 that she would run for president in 2020. (Win McNamee/Getty Images)
Advertisement

(JTA) — Rep. Tulsi Gabbard, a Hawaii Democrat who publicly criticized Israel for using live ammunition against “unarmed protesters” on the Gaza border, has announced that she will run for president in 2020.

Gabbard, considered a political progressive who backed Sen. Bernie Sanders’ 2016 presidential run, made her announcement Friday during the taping of an interview that ran Saturday on CNN. She said she will make a formal announcement in the coming week.

Also Saturday, Julian Castro, a housing secretary during President Barack Obama’s second term, announced that he would throw his hat in the ring.

Gabbard is the first Hindu member of Congress and an Iraq war veteran.

She made a secret visit to Syria in January 2017, saying it is important to meet with adversaries if “you are serious about pursuing peace.” She also has embraced American supporters of nationalist Indian Prime Minister Narendra Modi.

Last May, she slammed Israel for firing on “unarmed protesters” on the Gaza border as part of the so-called March of Return. In January 2017, she published a statement in support of a two-state solution in Israel and Palestine. And in 2015, Gabbard spoke at a conference of Christians United for Israel, which has defended Israel’s settlement enterprise and has backed legislation that slashes funding to the Palestinians.

Castro, the grandson of a Mexican immigrant, served as mayor of San Antonio for five years. In 2011 he led a delegation of businesspeople and clergy to Israel, where he signed a friendship-city agreement with Tel Aviv.