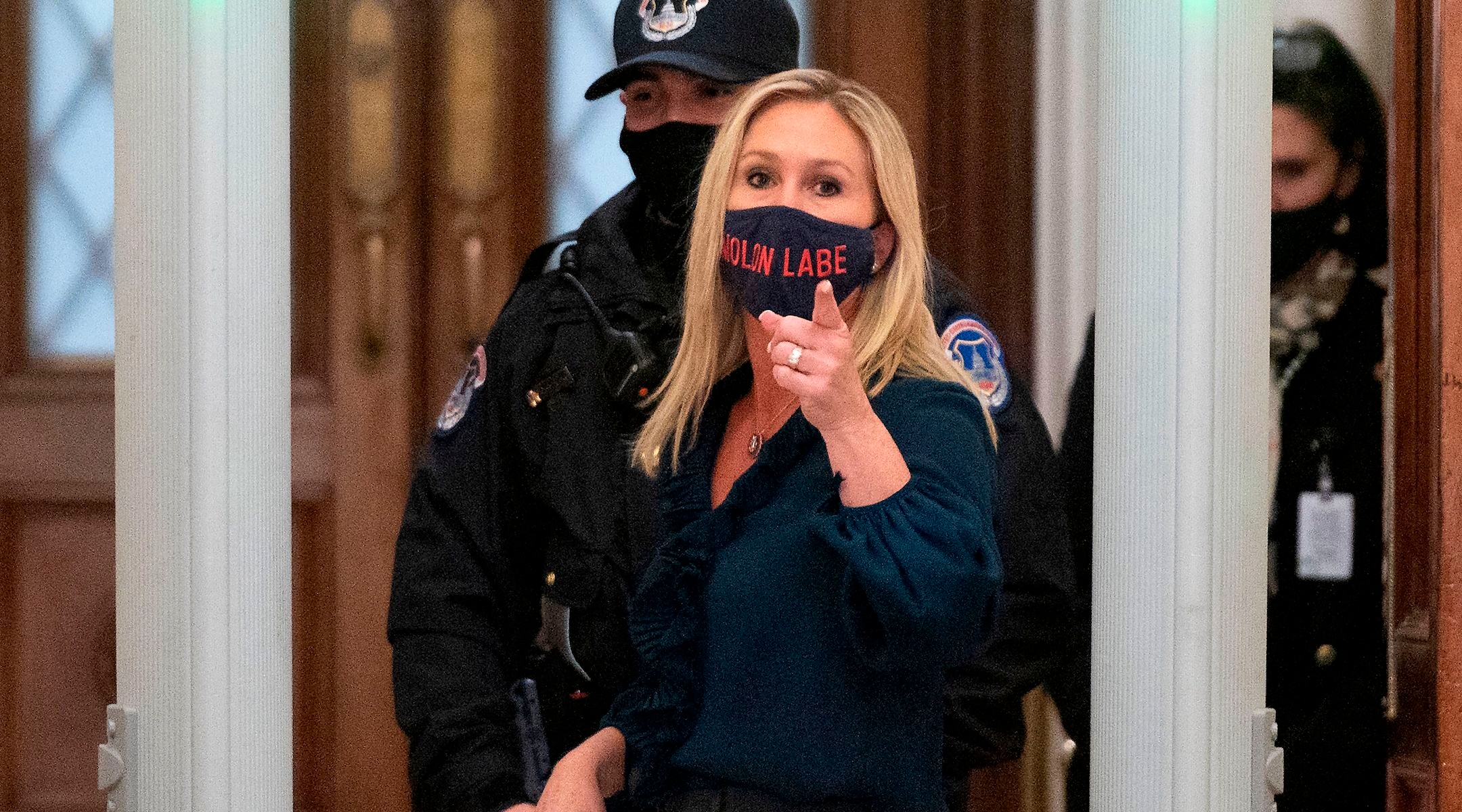 In 2018 Greene speculated that the Rothschild family may have used a laser beam from space to start a devastating California forest fire, as a means to profit from it.

At the time that the RJC backed her opponent, Greene was already controversial because of her apparent embrace of the QAnon movement, which peddles wild conspiracy theories, some with anti-Semitic themes.

Brooks said it was too early to say whether the RJC would once again back a primary against Greene, because no one has yet declared whether they would run against her. Greene is popular in her district.

Brooks also would not say whether the group would advocate for Greene’s removal from U.S. House of Representatives committees. House Minority Leader Kevin McCarthy of California named Greene to the Education Committee this week, spurring outrage from Democrats, in part because she has in the past embraced theories that some school shootings were staged.

The RJC in 2019 backed the removal of another Republican, Steve King of Iowa, from committees because of his record of statements sympathetic to white supremacist views.