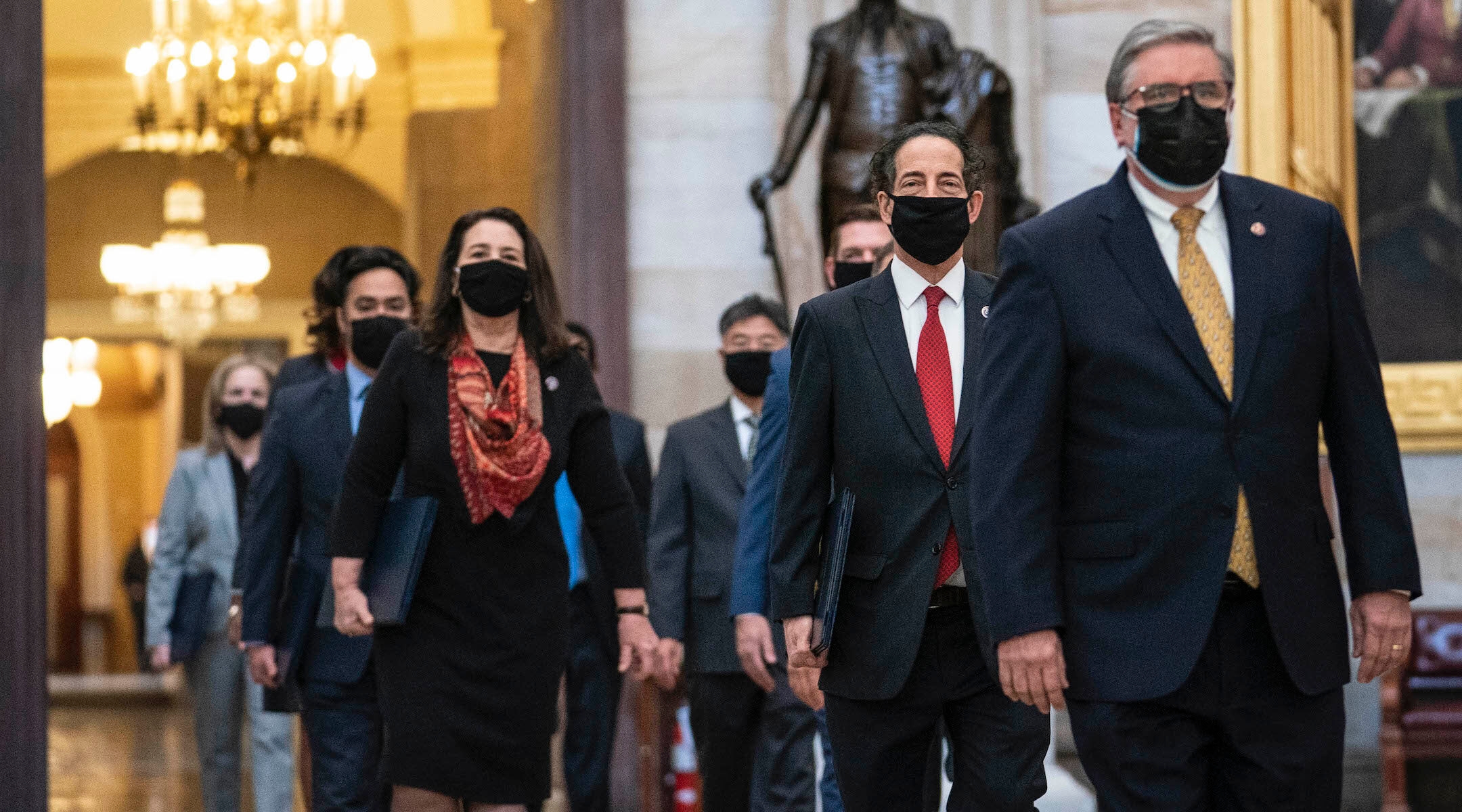 (JTA) — A member of the Republican National Committee from Virginia has deleted a Facebook comment apparently suggesting that Nazi show trials were fairer than the recent Senate trial of former President Donald Trump.

A top Republican Jewish leader called the comment “outrageous and indefensible” before Patricia Bast Lyman, the Republican committeewoman, apologized and said she had been misinterpreted.

Lyman was commenting on a Facebook post from another Virginia Republican official, Steve Knotts, which appears to also have been deleted. In her comment, Lyman wrote, “At least some of those tried by the Nazis may have been actual criminals, unlike the current debacle.”

In the show trials, Nazi prosecutors tried people accused of political offenses; virtually all were convicted, most receiving death sentences. The Senate on Saturday acquitted Trump in his impeachment trial.

Denver Riggleman, a former Republican congressman from Virginia who has been an outspoken critic of anti-Semitism, called out the comment as “virulently anti-Semitic.” (In his Twitter thread, Riggleman initially mistook the comment to be about the Nuremberg Trials, in which Nazis were the defendants, not the prosecutors, before correcting himself.)

So did the Teenage Republican Federation of Virginia, which wrote that it was “disheartened and disgusted” by the comment, adding, “There is no place for anti-Semitism, racism, or bigotry in the #GOP.”

And Republican Jewish Coalition Executive Director Matt Brooks also condemned the comment, tweeting that it comment was “outrageous and indefensible.” He then tweeted that he reached out to Lyman and she “was very apologetic, contrite and genuinely upset by the impression her comments caused.”

After deleting the comment, Lyman wrote on Facebook that she has “always stood unequivocally with Israel and the Jewish people, and I’ve been privileged to spend nearly 20 years representing those fleeing persecution for their faith around the world.”

“I am horrified that my comment would be seen as diminishing the memory of those millions who perished solely because they were Jewish,” she wrote. “That is not in my heart, has never been and never will be. I am truly sorry that anyone for a moment believed there was any ill-intent on my part.”

The Jewish Telegraphic Agency has also sent a message to Knotts seeking comment.