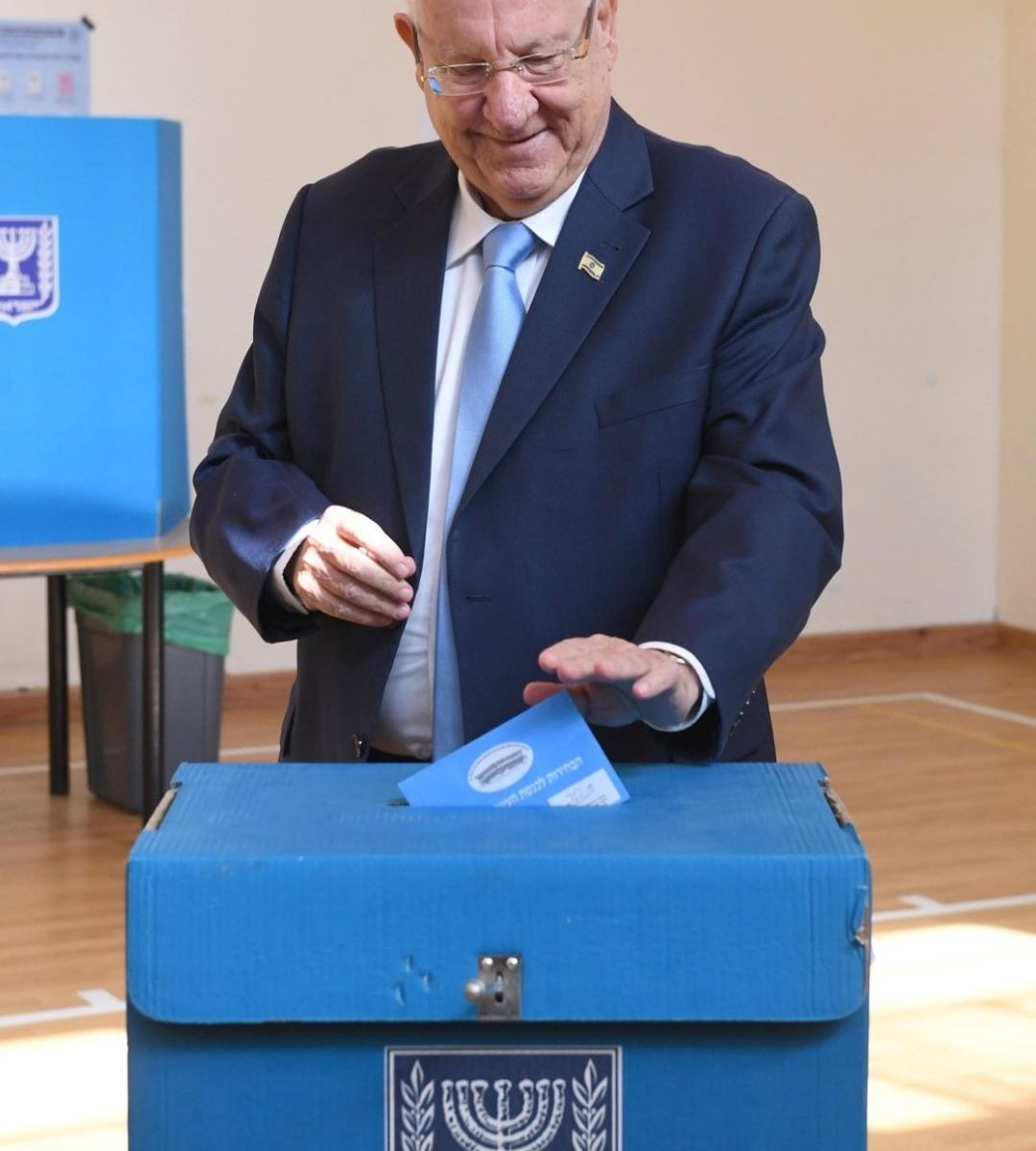 JERUSALEM (JTA) — Israeli President Reuven Rivlin called on all his nation’s citizens to exercise their right to vote.

Concerns have been raised in recent days that many Israelis would opt to stay home on Election Day after voting in elections five months ago that failed to produce a viable government coalition.

Rivlin made the call Tuesday morning outside a Jerusalem school before going inside to cast his ballot.

“These are elections on our future, the future of our children and I hope that nobody gives up their right to vote,” he said.

About 6.3 million Israelis are eligible to vote.

Rivlin posted a video on Facebook late Monday outlining his responsibilities after the final votes are tallied, namely to task a lawmaker with forming a new government coalition.

Following the April vote, Rivlin tapped Prime Minister Benjamin Netanyahu, but he was unable to gain the needed support. Netanyahu moved for a vote to dissolve the Knesset and move to new elections rather than let Rivlin ask someone else.

“I will do everything possible according to the law and to the powers granted me in my role that Israel has an elected government as soon as possible and that we avoid another election campaign,” Rivlin promised in the video.

Even if it requires some effort, go and vote. Take your children with you. Give it the time it deserves as our democratic responsibility. If you don't vote today, you don't influence tomorrow. Chag sameach! pic.twitter.com/Uhjid3Y9q6