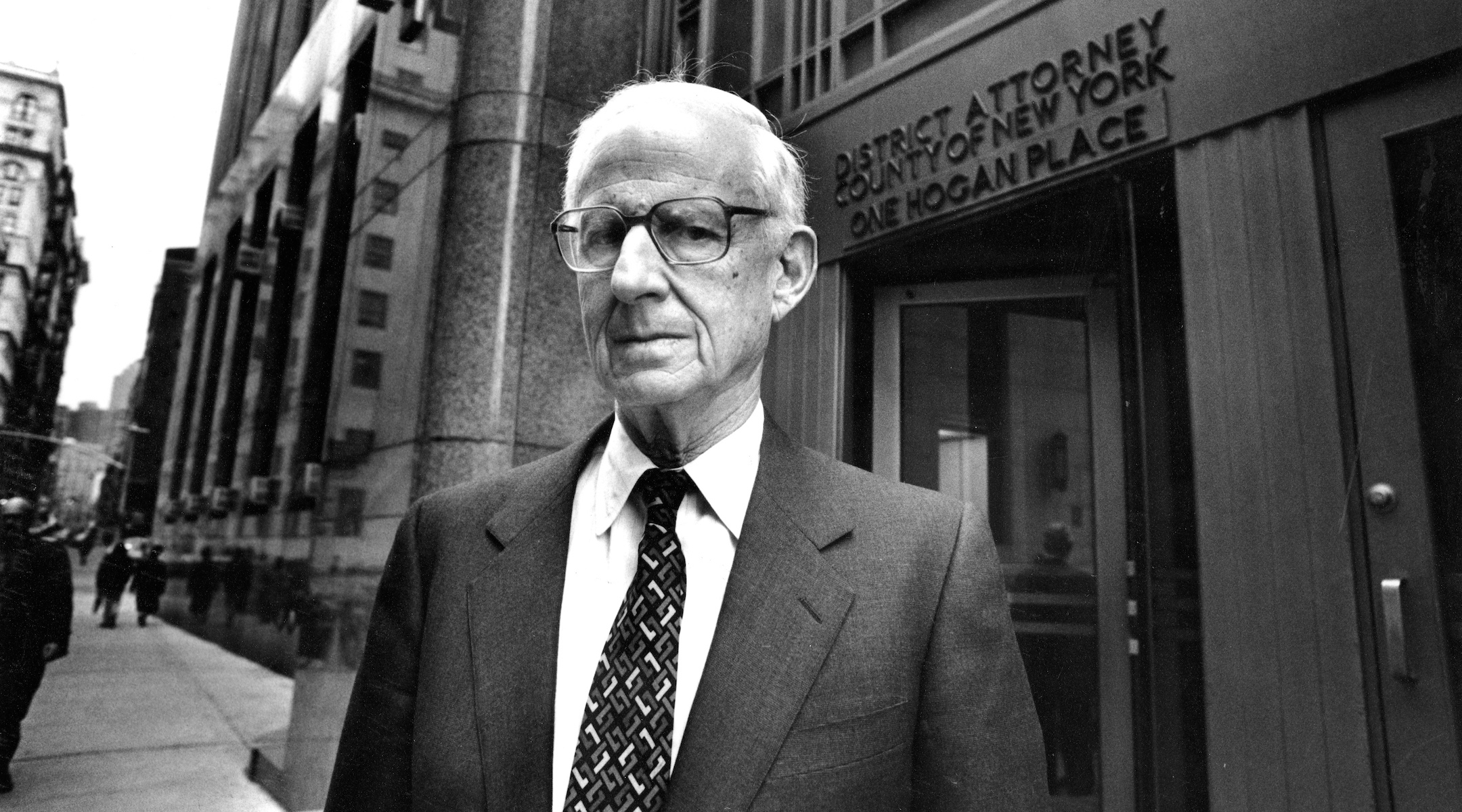 Robert Morgenthau, shown outside his office in 1993, was the inspiration for the character of Adam Schiff on "Law & Order."(Helayne Seidman /Getty Images)
Advertisement

Morgenthau died Sunday following a short illness, 10 days short of reaching 100. As Manhattan’s district attorney from 1975 to 2009, he presided over an army of lawyers who put an array of criminals in jail, from mafiosi to drug dealers to criminal stock traders. He had a staff of 500 attorneys and a $75 million budget. He estimated that his office prosecuted 3.5 million cases, according to The New York Times.

His career included some of New York City’s most famous cases, from the prosecution of Mark David Chapman, John Lennon’s assassin, to the conviction and later exoneration of the Central Park 5, who were wrongly convicted of the 1989 assault and rape of a jogger before being exonerated by DNA evidence in 2002. He once convicted a mother and a son of murder despite lacking both the victim’s body or a single witness, according to The Times.

He introduced DNA testing to his office, created its first sex crimes unit, and hired a team of forensic accountants, Spanish-speaking interpreters and black, Hispanic and female lawyers. Some of his critics accused him of going soft on police brutality.

Morgenthau was the son of a prominent New York German-Jewish family. His grandfather was Woodrow Wilson’s ambassador to the Ottoman Empire, and his father, Henry Morgenthau, Jr., was Franklin Roosevelt’s Treasury secretary.

Before becoming Manhattan’s district attorney, Morgenthau served as U.S. attorney, appointed by John F. Kennedy. He twice ran unsuccessfully for governor of New York. He was the inspiration for the character of Adam Schiff on “Law & Order.”

Morgenthau also served as chairman of the board of the Museum of Jewish Heritage-A Living Memorial to the Holocaust in New York from 1982 until 2013. In 2015 he received the inaugural Alberto Nisman Award for Courage from the Foundation for Defense of Democracies.

Morgenthau first appeared in reporting by the Jewish Telegraphic Agency as a teenager in 1934, in a short item about a hunting trip with his father.

“The pelt of a 200-pound grizzly will be one of the trophies of his first summer on a Montana ranch for Robert Morgenthau, seventeen-year-old son of Henry Morgenthau, Jr., United States Secretary of the Treasury,” JTA reported. “Robert Morgenthau killed the bear on a pack trip into the Taylor Fork country.”