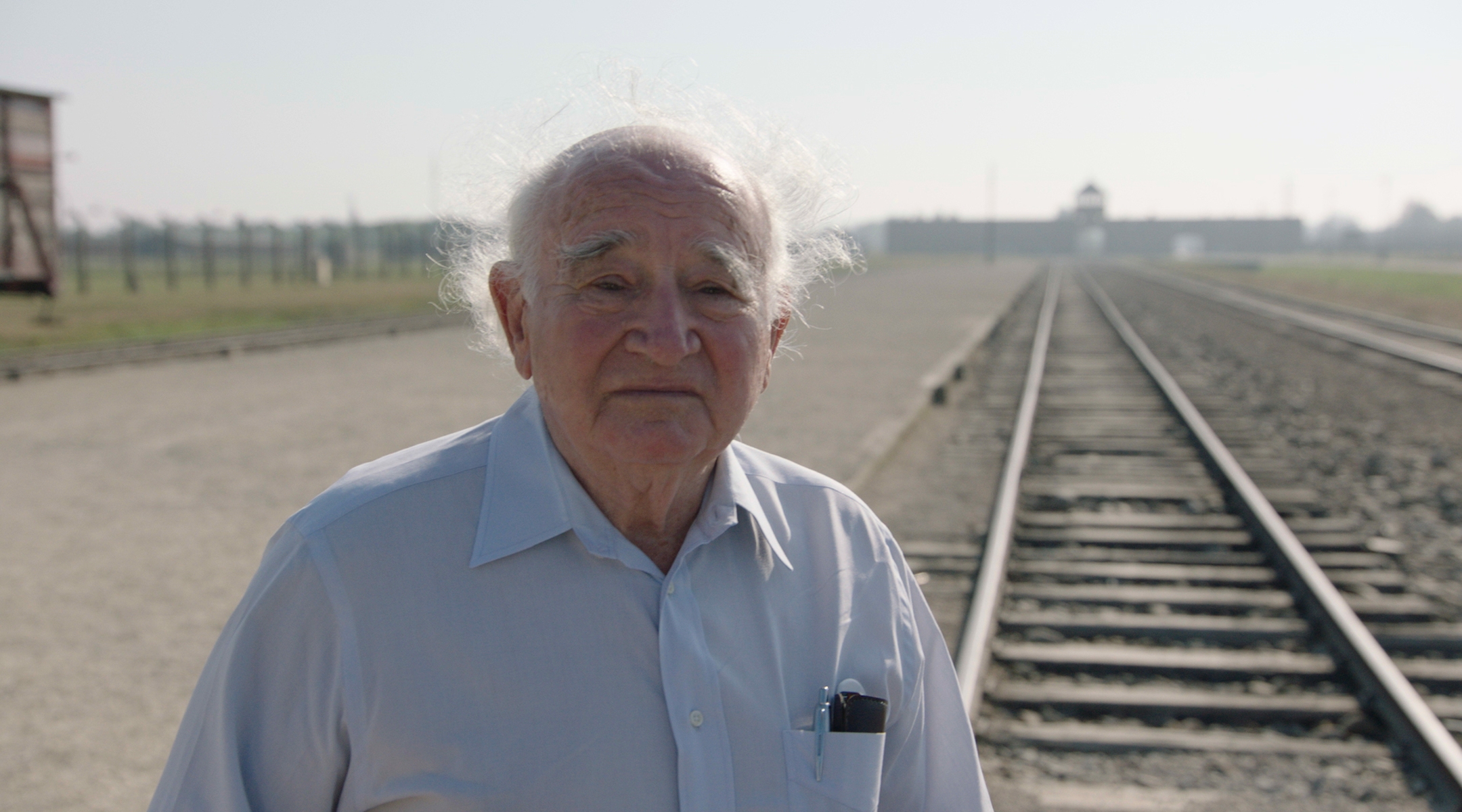 Roman Kent stands outside Auschwitz. (Courtesy of Jewish Foundation for the Righteous)
Advertisement

(JTA) — Roman Kent, a Lodz Ghetto survivor who would negotiate with the postwar German government for billions of dollars in  compensation for Jewish Holocaust survivors, died Friday at his home in New York City. He was 92.

Kent, who immigrated to the United States in 1946, was a longtime board member of the Conference on Jewish Material Claims Against Germany, or Claims Conference, where he served variously as  treasurer, co-chair of  its negotiating committee and special adviser to its president.

In those roles, said Greg Schneider, executive vice president of the Claims Conference, Kent negotiated billions of dollars in pensions and compensation for Jewish survivors from the German government and championed survivor interests with insurance companies, German industry and Eastern European governments.

“Roman made himself available for every cause that we put in front of him, tirelessly giving of his time and energy,” said Gideon Taylor, pthe Claims Conference president, in a statement. “He will be remembered as an unwavering force of good will and an undeniable advocate for the global Jewish community.”

Kent also served as the chairman of the American Gathering of Jewish Holocaust Survivors and Their Descendants; as president of the International Auschwitz Committee; and also as president of the Jewish Foundation for the Righteous, which assists non-Jews who saved Jews during the Holocaust.

Born in Lodz, Poland, in 1929, Roman Kniker survived its ghetto and several camps including Merzbachtal, Dornau, Flossenburg and Auschwitz. His father died of malnutrition in the Lodz Ghetto and his mother was murdered in Auschwitz-Birkenau.

Kent and his brother Leon were liberated by the U.S. Army in 1945 while on a death march to Dachau. The brothers were reunited with their two sisters, Dasza and Renia, in Sweden following their liberation. Dasza died a few months later.

In June 1946, the brothers immigrated to the United States as part of a government program to admit 5,000 orphans. Kent lived in Atlanta with foster parents and attended Emory University in that Georgia city, going on to start a successful international trade company.

In 1988, he joined the board of the Claims Conference, which had been tasked with securing the restitution that Germany has paid through direct assistance to survivors and for educational and memorial programs.

Diplomat Stuart Eizenstat, who worked with Kent as the Claims Conference’s special negotiator, said his co-chair on the negotiating committee “made it his personal mission to advocate for his fellow survivors to the very end, participating on negotiations calls as recently as last week. His strength and fortitude were unmatched, and his drive and determination to see justice served knew no bounds.”

In 2016, in an interview marking UNESCO’s Holocaust Remembrance Day event, Kent warned about the abuse of language to deny the past.

“I have noticed over the years that in relation to the Holocaust in the media, there is a tendency to sanitize the past,” he said. “People say that 6 million people were ‘lost’ or ‘perished.’ They were not lost. They were not misplaced. They were imprisoned, starved, tortured, murdered and burned. It is hard to hear but that is the truth that we must preserve to prevent the Holocaust happening again.”

Kent married Hannah Starkman, a Lodz native and fellow survivor, in 1957. Hannah Kent died in 2017. They are survived by their two children, Jeffrey and Susan, as well as three grandchildren and one great-grandchild.