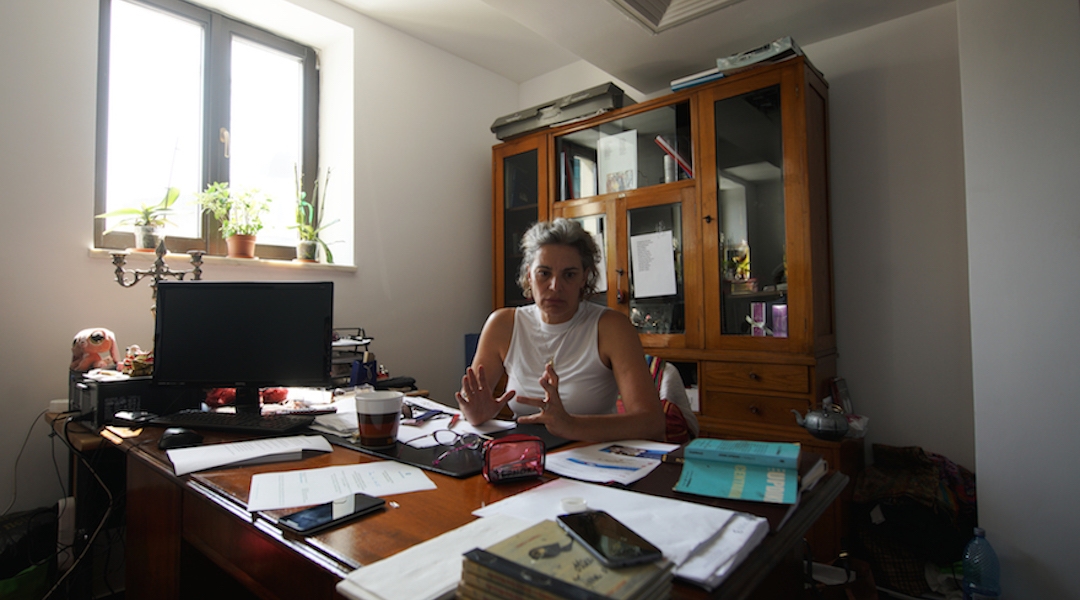 (JTA) — Romanian police have arrested a man for sending death threats to the director of the Jewish State Theater in Bucharest and her children over the Passover holiday.

The threats came in an email that was signed “on behalf of the far right Alliance for Uniting Romanians (AUR),” police said Monday.

But that political party’s leader, George Simion, condemned the threat, which he said did not come from AUR, Reuters reported.

The victim, Maia Morgenstern, also played the figure of Mary in Mel Gibson’s controversial film “The Passion of the Christ.”

“This Yid has her days numbered,” the author wrote, threatening to rape her daughter and burn down the Jewish theater. “I intend to throw her into a gas chamber,” he added.

The theater reacted by inviting spectators to a free online show titled “A Lesson in Good Manners” by Jean-Claude Grumberg, a Jewish Holocaust survivor from France.