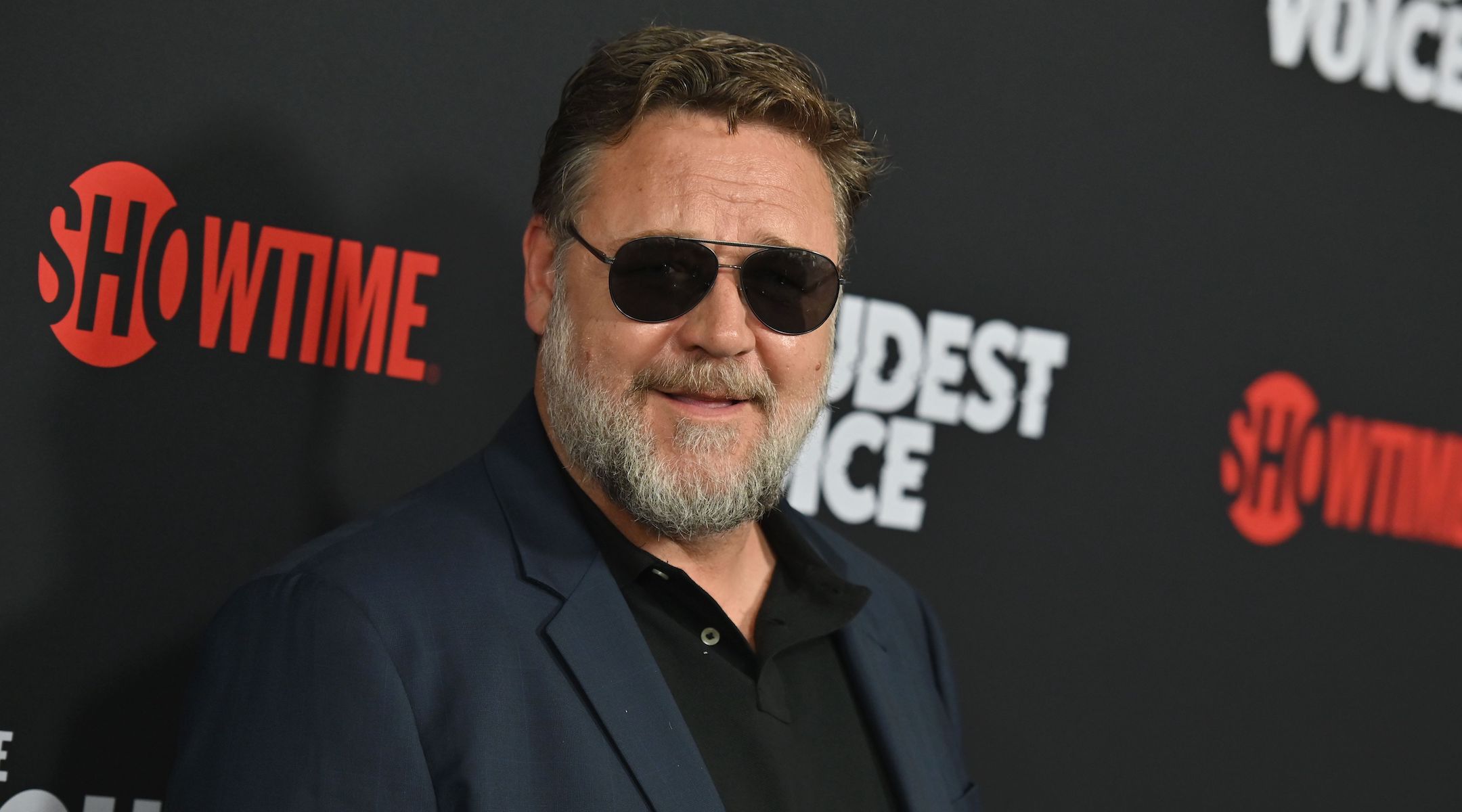 Russell Crowe at the premiere of "The Loudest Voice" at the Paris Theater in New York City, June 24, 2019. (Angela Weiss/AFP via Getty Images)
Advertisement

(JTA) — Russell Crowe asked White House advisor Jared Kushner for advice on how to portray former Fox News CEO Roger Ailes for a role in a Showtime series, the actor revealed in a Variety interview.

Crowe said he asked Kushner for the advice at Hugh Jackman’s 50th birthday party in 2018 in New York, since Kushner worked with Ailes when he served as an advisor on President Trump’s 2016 presidential campaign. Kushner attended the party with his wife Ivanka Trump.

The Showtimes miniseries “The Loudest Voice,” which aired last year, was based on the book of the same name by reporter Gabriel Sherman.

Kushner “had a very direct relationship with Roger over their presidential campaign. Phone calls every Sunday. So it gave me that contemporary insight that the book could not give me,” Crowe said.

Crowe was interviewed by actress Nicole Kidman for Variety’s Actors on Actors issue. Crowe, a New Zealander who lives in Australia, and Kidman, a native Australian, are old friends, according to the magazine.