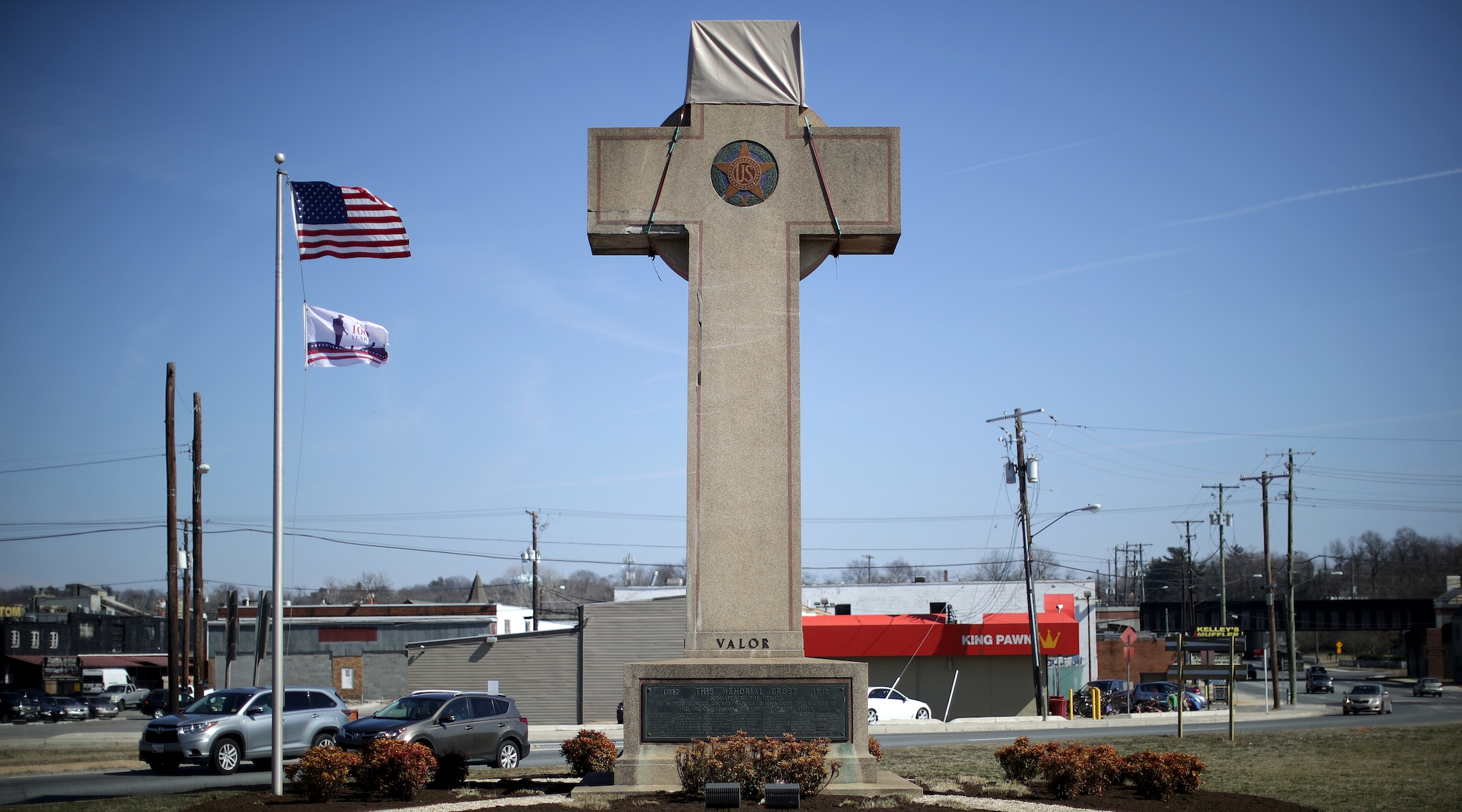 (JTA) — The Supreme Court will allow a 40-foot memorial cross to remain standing on public land in Maryland.

Justice Ruth Bader Ginsburg was not happy with the ruling Thursday and read her dissent out loud to emphasize her opinion.

“By maintaining the Peace Cross on a public highway, the Commission elevates Christianity over other faiths and religion over nonreligion,” the Jewish jurist said.

Seven of the court’s nine justices voted to allow the Bladensburg Cross, a memorial to soldiers killed in World War I, to stand. Ginsburg was joined in her dissent by Sonia Sotomayor.

Justice Samuel Alito Jr., who wrote the main opinion, said the cross had taken on meanings outside of just the Christian faith.

“For some, that monument is a symbolic resting place for ancestors who never returned home,” he wrote. “For others, it is a place for the community to gather and honor all veterans and their sacrifices for our Nation. For others still, it is a historical landmark.”

The ruling drew criticism from the Anti-Defamation League.

“This decision unfortunately undermines well-established precedents safeguarding the separation of church and state,” the group’s national director, Jonathan Greenblatt, said in a statement.

“The Bladensburg Cross is neither truly representative of the diverse personal faith, philosophy or conscience of the local servicemembers for whom it was built to honor, nor do we see this ruling as honoring the powerful meaning of the Latin cross for devoted Christians,” Moline said in a statement.

The American Jewish Committee said it was “disappointed” by the decision but also that it offered some hope.

“Today’s decision, while regrettable, is notable mostly because the Court did not do what some had urged — reinterpret the First Amendment in a way that would broadly allow non-coercive government endorsements of religion,” said the organization’s general counsel, Marc Stern.