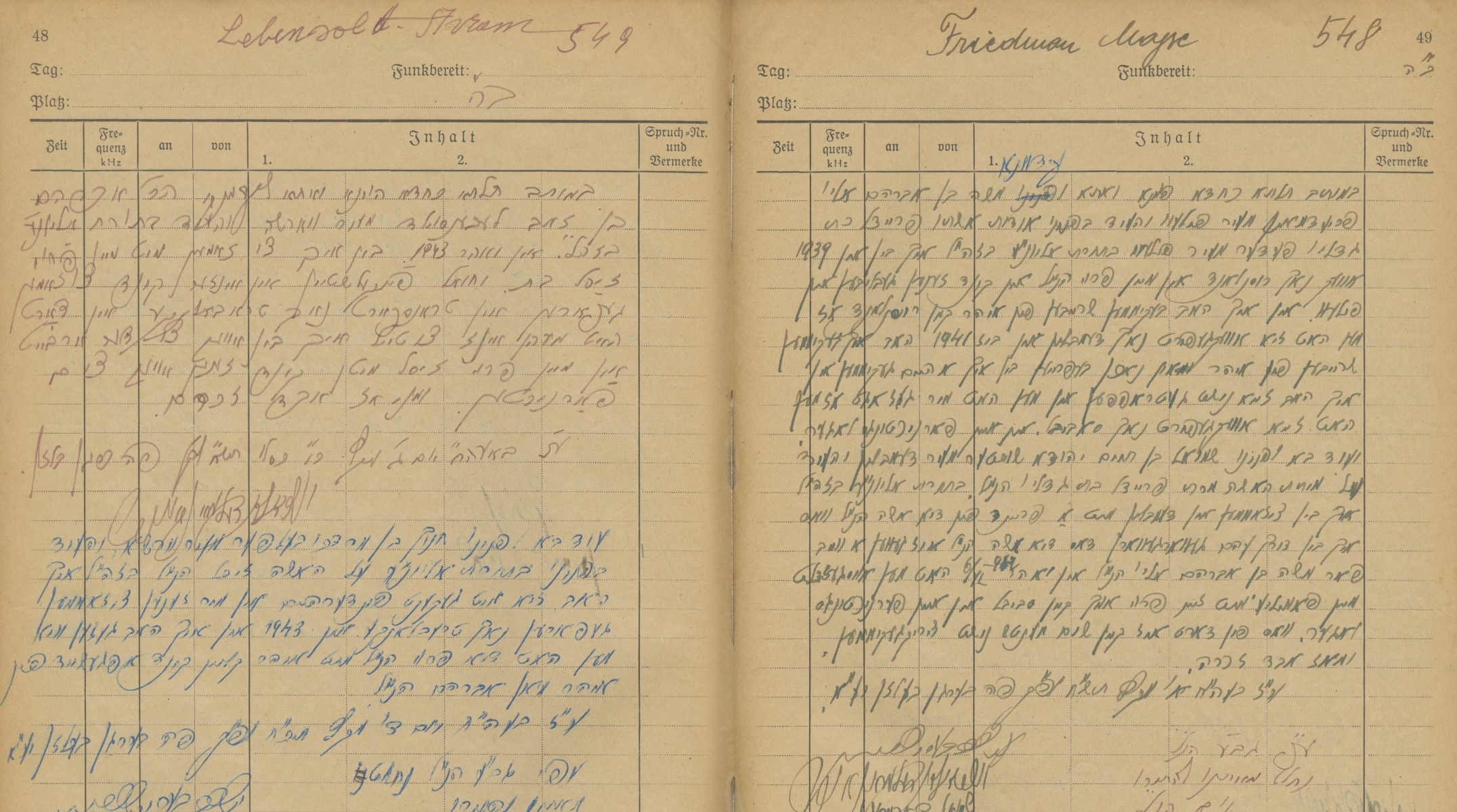 JERUSALEM (JTA) — The auction of a rabbinical court ledger that documents eyewitness accounts of the deaths of Jews in Nazi camps has been put on hold.

The auction of the Bergen-Belsen ledger was scheduled to start on Tuesday night at the Kedem auction house in Jerusalem. But the Tel Aviv Magistrate’s Court put a hold on the sale after a lawsuit filed by the Organization of Bergen-Belsen Survivors in Israel, the Kan public broadcaster reported Monday.

The ledger of about 100 pages was compiled at the end of World War II by a rabbinical court at Bergen-Belsen as proof that Holocaust victims’ spouses were dead. That allowed the survivors to remarry under Jewish law. It lists deaths that occurred at the Auschwitz, Treblinka and Bergen-Belsen Nazi camps. Each page includes a testimony signed by witnesses and a signed marriage permit for a remarriage, and is signed by known rabbis of the day.

The opening price given for the auction was $4,000.

The Bergen-Belsen survivors organization told Kan that the document does not belong in private hands and that it is owned by the survivors, who they said are the “heirs of the rabbinical court.” The group called the sale of such documents “trade in the Holocaust.”

The auction house told Kan that it has agreed with the unnamed seller that it would work to make sure the document reaches a national or cultural institution.