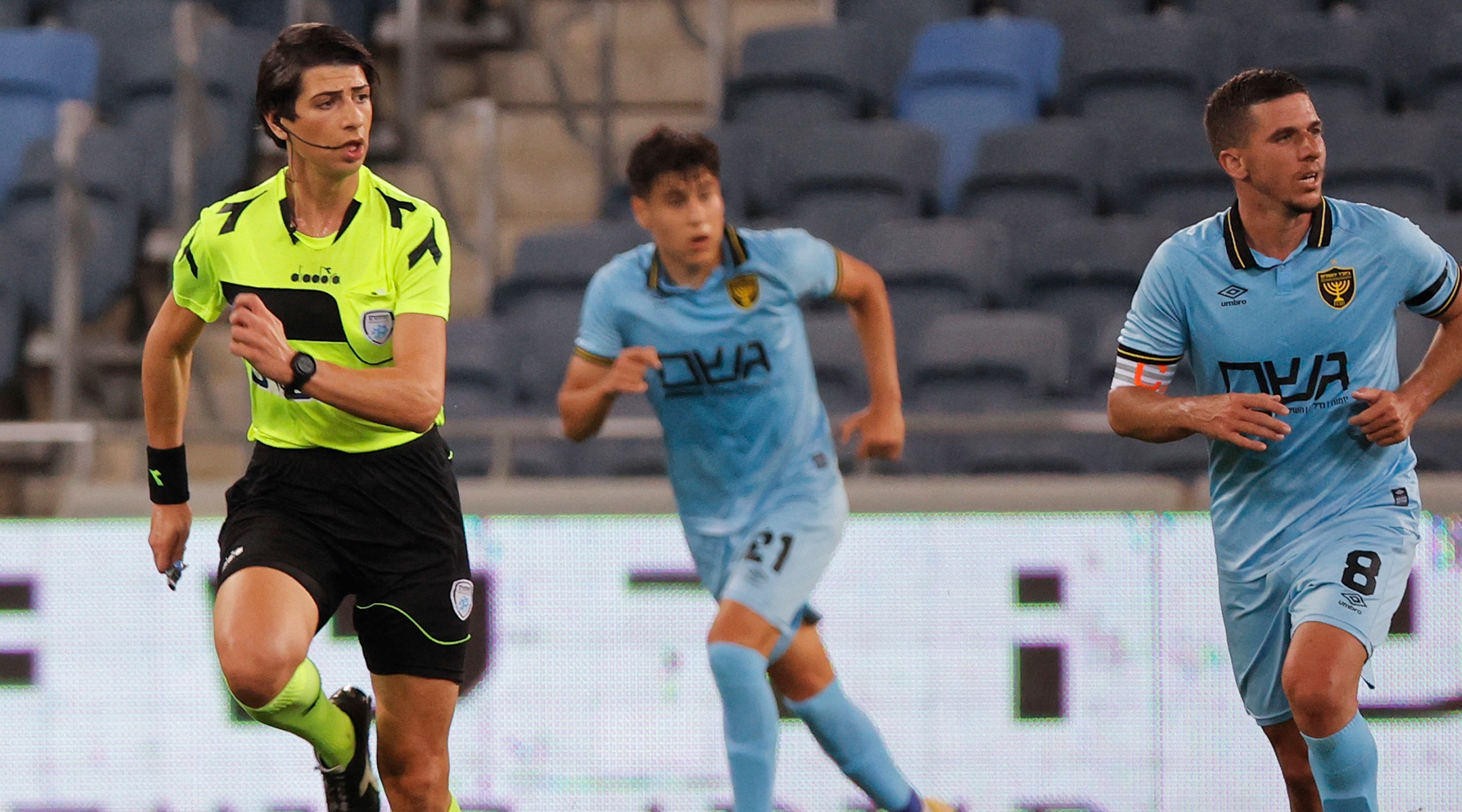 (JTA) — On Monday, Sapir Berman officiated a soccer match in Israel’s Premier League between Hapoel Haifa and Beitar Jerusalem. It was a routine playoff game, with one notable moment: Berman, 26, was the head referee and officiating her first match since coming out as transgender.

“Football being such a masculine sport delayed my decision a bit. I didn’t know how it would be received,” Berman said at a news conference last week. “In the end, however, the reactions were mostly positive.”

“One of my goals entering this role was to make sure there’s a female referee in the Premier League,” Ronit Tirosh, the head of the Israeli referees’ union, said. “I thank Sapir for helping me in achieving this goal way quicker than expected.”

This is the first step in a long and wonderful journey. Sapir, we are proud to do it with you🏳️‍⚧@AgudaIsraelLGBT @FIFAcom @UEFA pic.twitter.com/FUNhcCKczn

A British soccer referee who came out in 2018, Lucy Clark, is cheering on Berman from England.

“When she sees her name on the program, and when Sapir goes out on to the pitch and the announcer announces that today’s men’s referee is Sapir, she’ll do brilliantly,” Clark said.