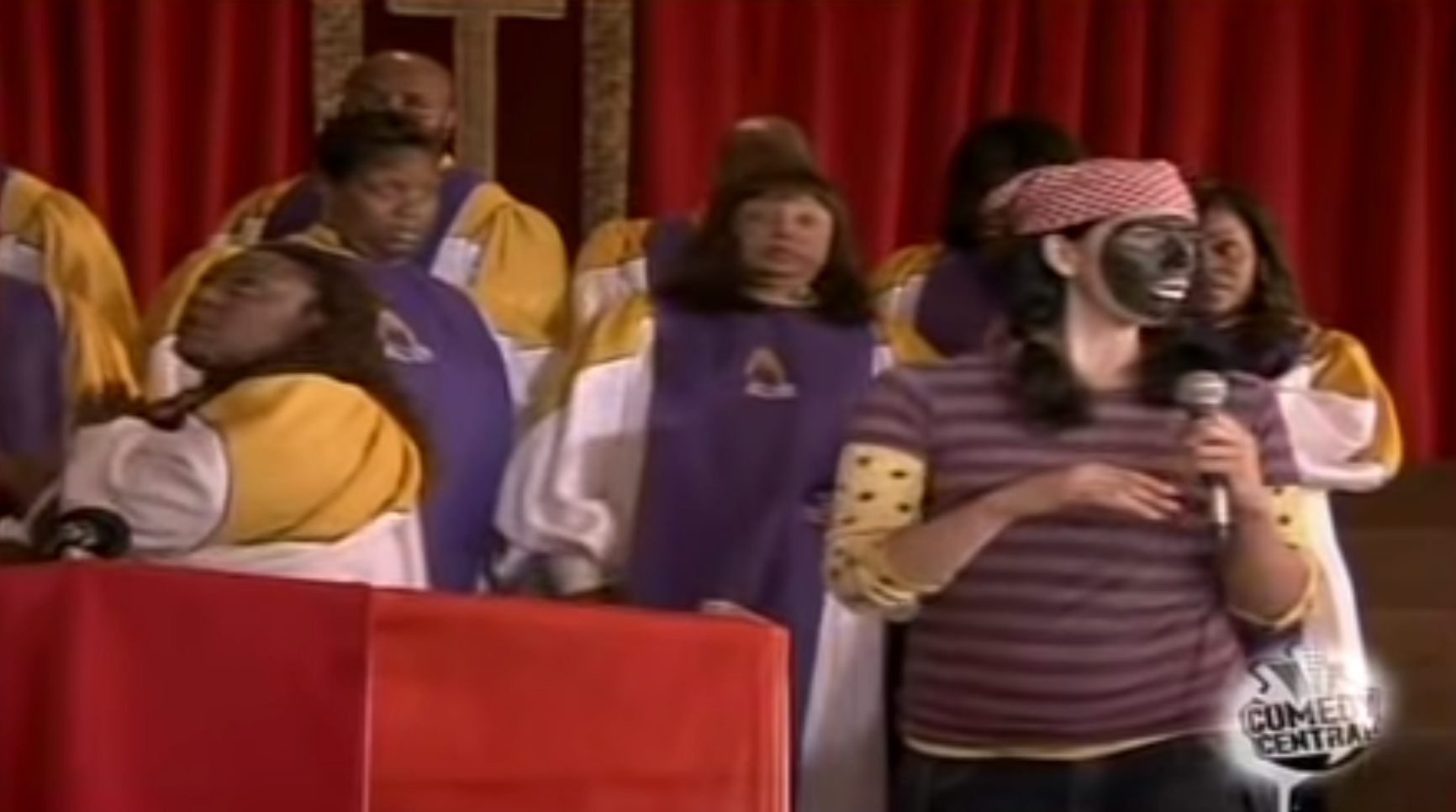 Sarah Silverman in blackface in an episode of her 2007 sitcom. (YouTube screenshot)
Advertisement

(JTA) — Sarah Silverman said she was fired from a movie role after producers saw a clip of her in blackface, the Jewish comedian said in an interview on The Bill Simmons Podcast.

“I recently was going to do two days on a movie, a sweet part in a cool little movie, then at 11 p.m. the night before they fired me because they saw a picture of me in blackface from that episode,” Silverman said, referring to her now canceled Comedy Central sitcom “The Sarah Silverman Program.”

In the episode, Silverman put on blackface in an effort to prove a point about who faces more discrimination, Jews or African-Americans.

In the interview, she said she had changed as a person and that she understood that wearing blackface is “never OK.”

Blackface, which has a long history in American entertainment, is considered deeply racist and offensive to African-Americans.

This is not the first time that Silverman has courted controversy with a racially charged comedy routine. In 2016, she appeared on the TBS show “Conan” dressed as Adolf Hitler.

Silverman recently was subject to racial harassment herself: Last week, she tweeted an undated video of a Florida pastor delivering an anti-Semitic rant in which he called for God to loose his divine wrath upon her.

This is Adam Fannin of the Stedfast Baptist Church in Florida and he is going to get me killed. pic.twitter.com/I6Us59o59v