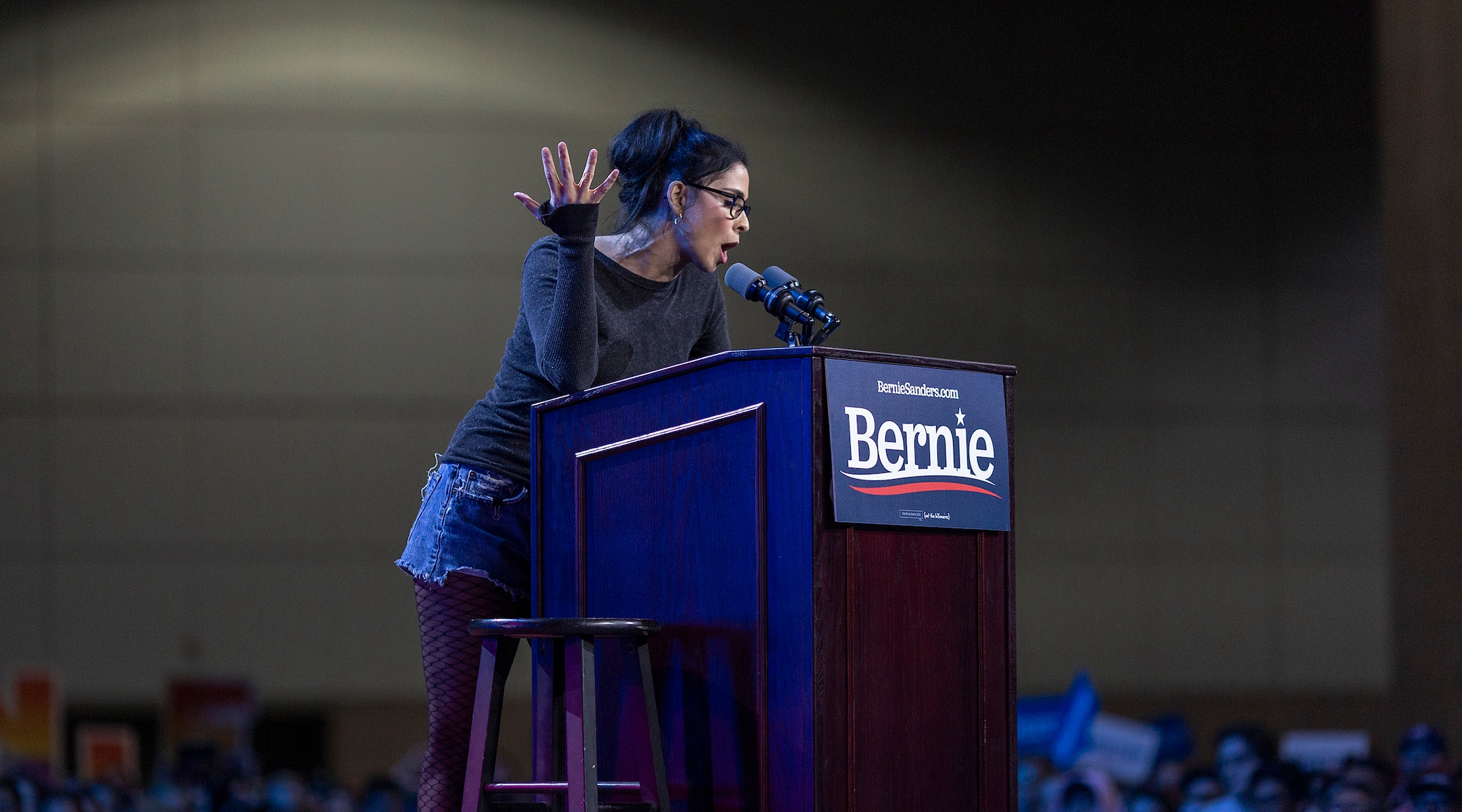 Probably not, she said — but she wishes a “progressive Jewess” was part of the group.

On Tuesday, Omar posted a photo of the women of the Squad — the others are Reps. Rashida Tlaib of Michigan, Ayanna Pressley of Massachusetts and Cori Bush of Missouri — on Twitter. Another member, Rep. Jamaal Bowman of New York, was not pictured.

The next day, Silverman commented: Love this group!! You give me hope!” and added “Wish there was a progressive jewess in there … someday.”

“You could run and join us,” Omar responded with a smiley face.

Silverman campaigned for progressive flag-bearer Bernie Sanders during the Vermont senator’s two presidential runs and often comments about antisemitism on her self-titled podcast. In a recent episode she lamented what she sees as a lack of public figures standing up for Jews in the wake of antisemitic attacks triggered by the latest Israel-Gaza conflict.

Omar, the second-term congresswoman from Minnesota, has been embroiled in her fair share of antisemitism accusations over several of her public comments, including a recent tweet that said Israel and the U.S. have committed “crimes of humanity” comparable to those of Hamas, the militant group ruling Gaza that the U.S. labels a terrorist entity.

Silverman praised Omar’s apologetic op-ed in The Washington Post in 2019 in response to the storm of criticism to the lawmaker’s tweet on the AIPAC Israel lobby that many found antisemitic. Silverman’s sister Susan, a prominent Reform rabbinical leader, took some issue with Omar’s comments at the time.

Moderate Jewish Democratic lawmakers have expressed frustration with the Squad and the U.S. progressive movement’s broader proclivity to harshly condemn Israel and call for a conditioning on funding to the Jewish state.

Omar, Tlaib and Bush are the only members of Congress who endorse the Boycott, Divestment and Sanctions movement against Israel.