Schumer calls on Andrew Cuomo to step down 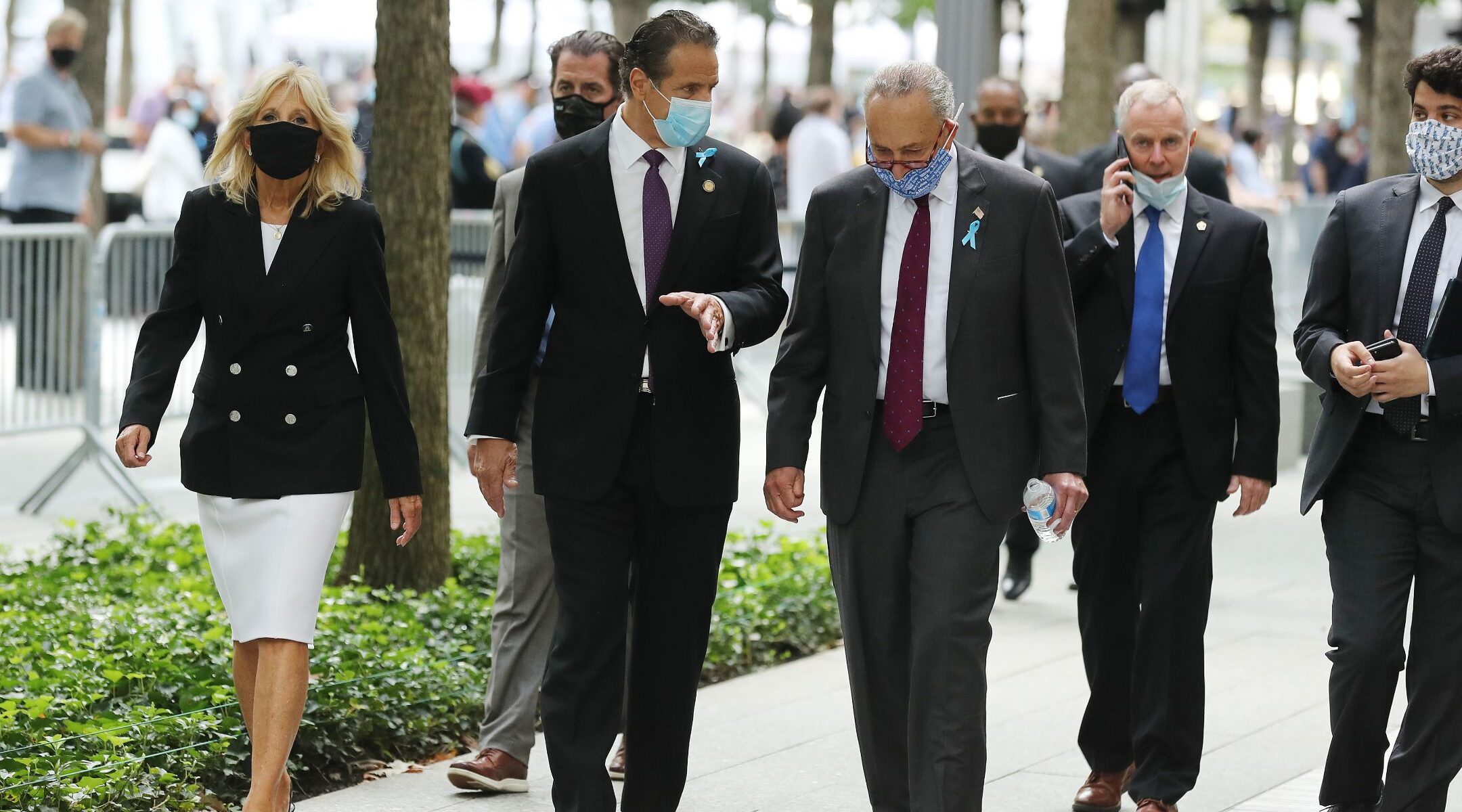 Schumer, the Senate majority leader and the most senior Jew in U.S. government, is the most prominent Democrat so far to call on Cuomo to quit in the face of allegations that Cuomo covered up the mismanagement of the coronavirus pandemic in his state and that he sexually harassed at least six women, including a number of subordinates.

“Confronting and overcoming the COVID crisis requires sure and steady leadership. We commend the brave actions of the individuals who have come forward with serious allegations of abuse and misconduct,” Schumer said late Friday in a joint statement with the junior New York Democrat, Kirsten Gillibrand, also a Democrat. “Due to the multiple, credible sexual harassment and misconduct allegations, it is clear that Gov. Cuomo has lost the confidence of his governing partners and the people of New York. Gov. Cuomo should resign.”

A majority of the New York congressional delegation, including Rep. Jerry Nadler, the Jewish chairman of the U.S. House of Representatives Judiciary Committee, earlier Friday called on Cuomo to step down.

Cuomo has rejected calls to step down and has said an outside investigation by the state’s attorney-general should run its course. Top Democrats in the state legislature have also called on him to resign and have initiated proceedings that could lead to impeachment.