Senate amendment would ban US funding used for annexation 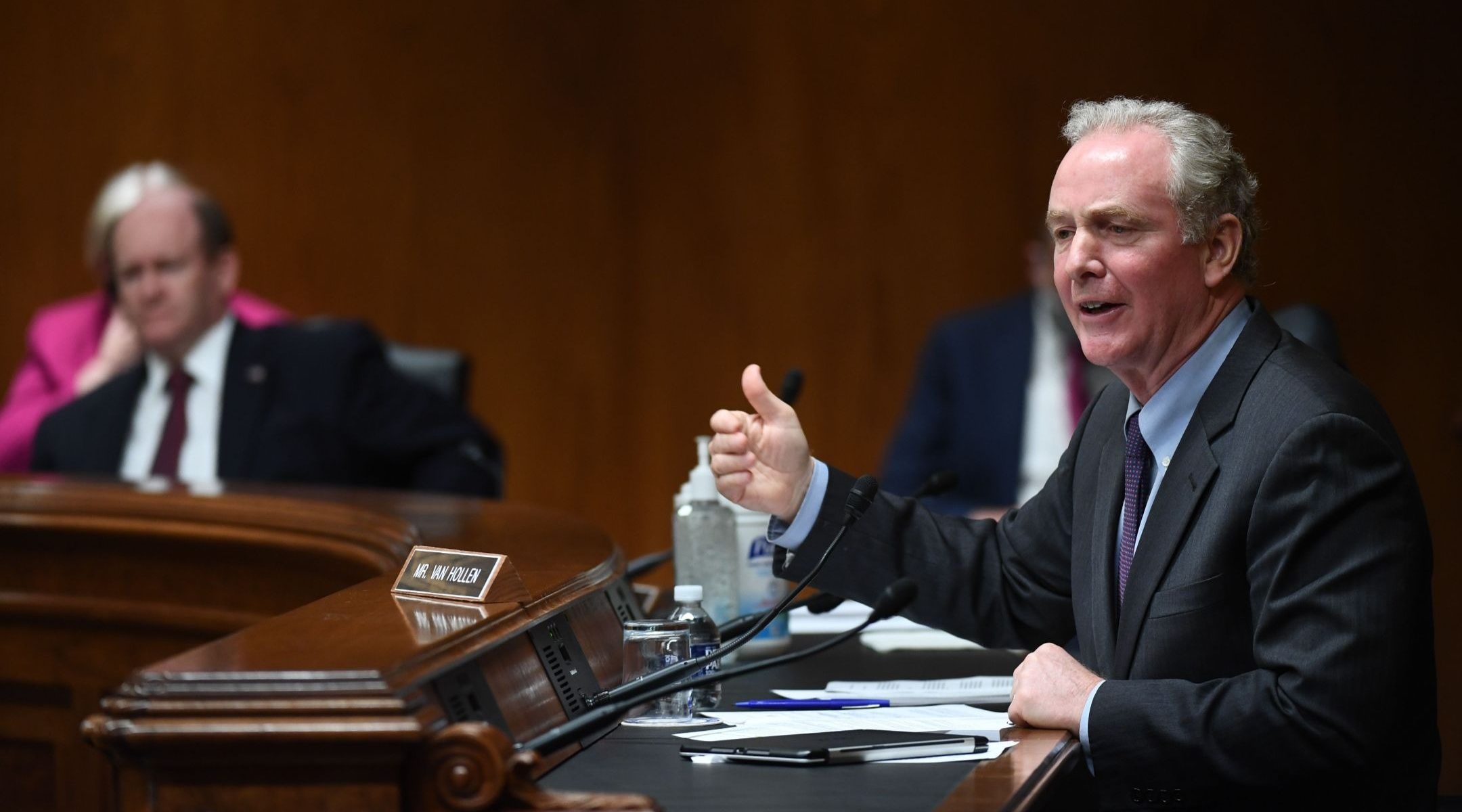 WASHINGTON (JTA) — Proposed legislation from a prominent Democratic senator would ban U.S. assistance to Israel from being used to annex parts of the West Bank.

The amendment to a funding bill introduced last week by Sen. Chris Van. Hollen, D-Md., a member of the foreign operations subcommittee of the Senate Appropriations Committee, would not allow aid used to “deploy or support the deployment of United States defense articles, services or training to territories in the West Bank unilaterally annexed by Israel after July 1, 2020, or to facilitate the unilateral annexation of such territories.”

Other notable members of the Democratic caucus sponsoring the amendment include former presidential candidates Elizabeth Warren of Massachusetts and Bernie Sanders of Vermont.

AIPAC is vigorously opposing the amendment.

“It’s dangerous to weaken Israel’s defenses, especially as it faces unprecedented threats,” the Israel lobby wrote Monday in a message to its activists. “An amendment in the Senate restricts where Israel can place lifesaving missile defense systems like Iron Dome.”

Van Hollen in an online conversation last week with J Street, the liberal Jewish Middle East lobby, said he was considering such an amendment as a means of expressing displeasure with plans by Prime Minister Benjamin Netanyahu to annex parts of the West Bank while not touching Israel’s overall defense assistance, which amounts to $3.8 billion a year. A number of progressive Democrats in the House and Senate have said they want to reduce or eliminate aid to Israel if it goes ahead with annexation.

“The U.S.-Israel relationship “will continue to be unbreakable in the sense the United States will always stand up for the security of the state of Israel,” Van Hollen told J Street. “There is a difference between ‘We’re not going to provide assistance if there is annexation’ and saying ‘The dollars of the United States cannot go toward unilateral annexation.’ It’s important to draw the line with respect to those dollars being used to advance unilateral annexation.

J Street came out this week in favor of the Van Hollen amendment.