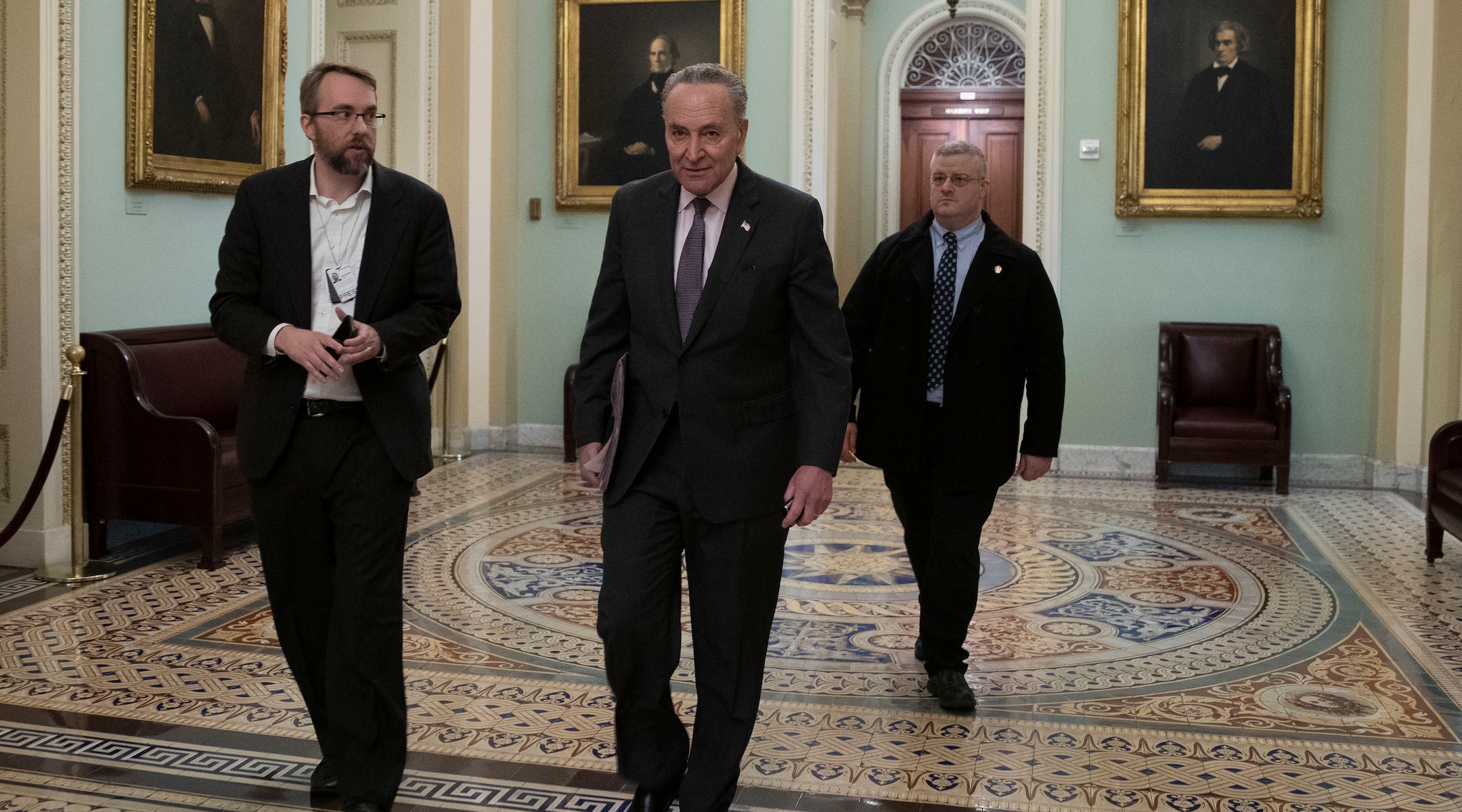 WASHINGTON (JTA) — Senate Democrats used the filibuster to block an Israel-related bill, saying they want to focus on reopening the government before Congress considers other business.

Republicans on Tuesday could not muster the 60 votes necessary to break the filibuster and allow a vote on S.1, a mini-omnibus of four Middle East-related bills that languished in the last Congress.

Two of the components relate to Israel: One codifies into law the $38 billion the United States has agreed to give Israel in defense assistance over the next 10 years; the other provides legal protections for states that pass laws targeting the Boycott, Divestment and Sanctions movement against Israel.

Democrats said the first priority of the Congress must be to reopen the government as the shutdown nears three weeks. President Donald Trump has refused to advance spending bills as long as they do not include the more than $5 billion he wants to build a border wall with Mexico.

A number of Democrats also oppose the anti-BDS component of the bill out of concern that it infringes on speech freedoms.

Some Republicans have been using the Israel angle as a wedge issue, saying Democratic opposition to the package suggests weakening support for the Jewish state.

Four of the Senate’s 47 Democrats voted to advance the bill: Robert Menendez of New Jersey, Doug Jones of Alabama, Joe Manchin of West Virgnia and Krysten Sinema of Arizona.