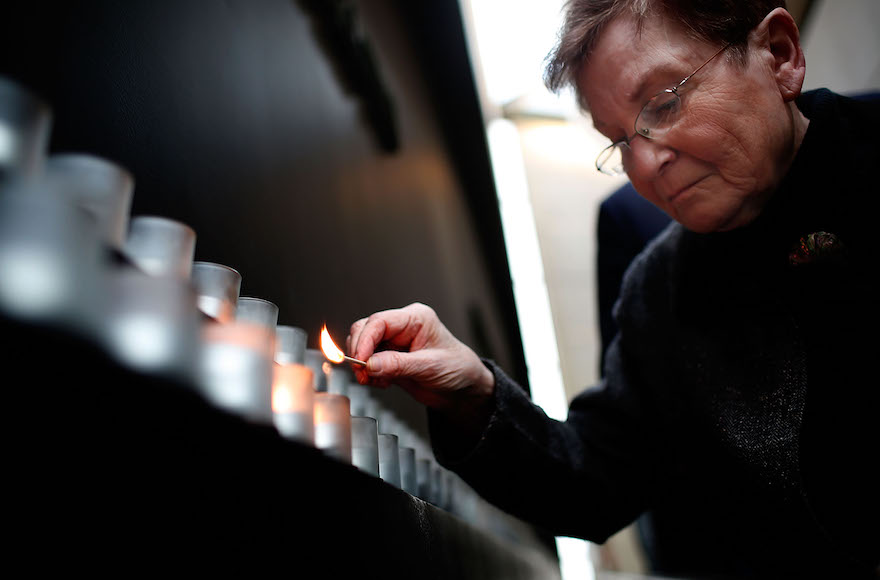 (JTA) — Bipartisan legislation was introduced in the Senate that will prioritize health care and nutrition services for Holocaust survivors.

The bill introduced by Sens. Ben Cardin, D-Md., Kevin Cramer, R-N.D., and Jacky Rosen, D-Nev., incorporates several provisions into the Older Americans Act to ensure that Holocaust survivors have care and services tailored to their needs.

“Holocaust survivors came to the United States seeking refuge from unimaginable horrors. They have lived their lives here and enriched our nation. With an average age of 85, we have an obligation to provide Holocaust survivors the community support and special services they need to live out their final days,” Cardin said in a statement.

More than 300 national, state and local organizations – most Jewish organizations including Jewish federations, Holocaust education organizations and synagogues – signed a letter of support for the legislation

There are about 80,000 Holocaust survivors living in the United States, with one-third of them living at or below the poverty line. Aging Holocaust survivors have needs similar to other older Americans, but institutionalized settings, with confined spaces or restrictions on food, can induce panic, anxiety, and re-traumatization due to their Holocaust experiences, the bill notes.

The bill would include Holocaust survivors as a designated group with the greatest social need within the Older Americans Act; promote technical assistance and training for nonprofits that serve older adults experiencing the long-effects of trauma; and ensure that the providers of nutrition services through the Older Americans Act can meet the special dietary needs of Holocaust survivors  when there is sufficient demand in a community.