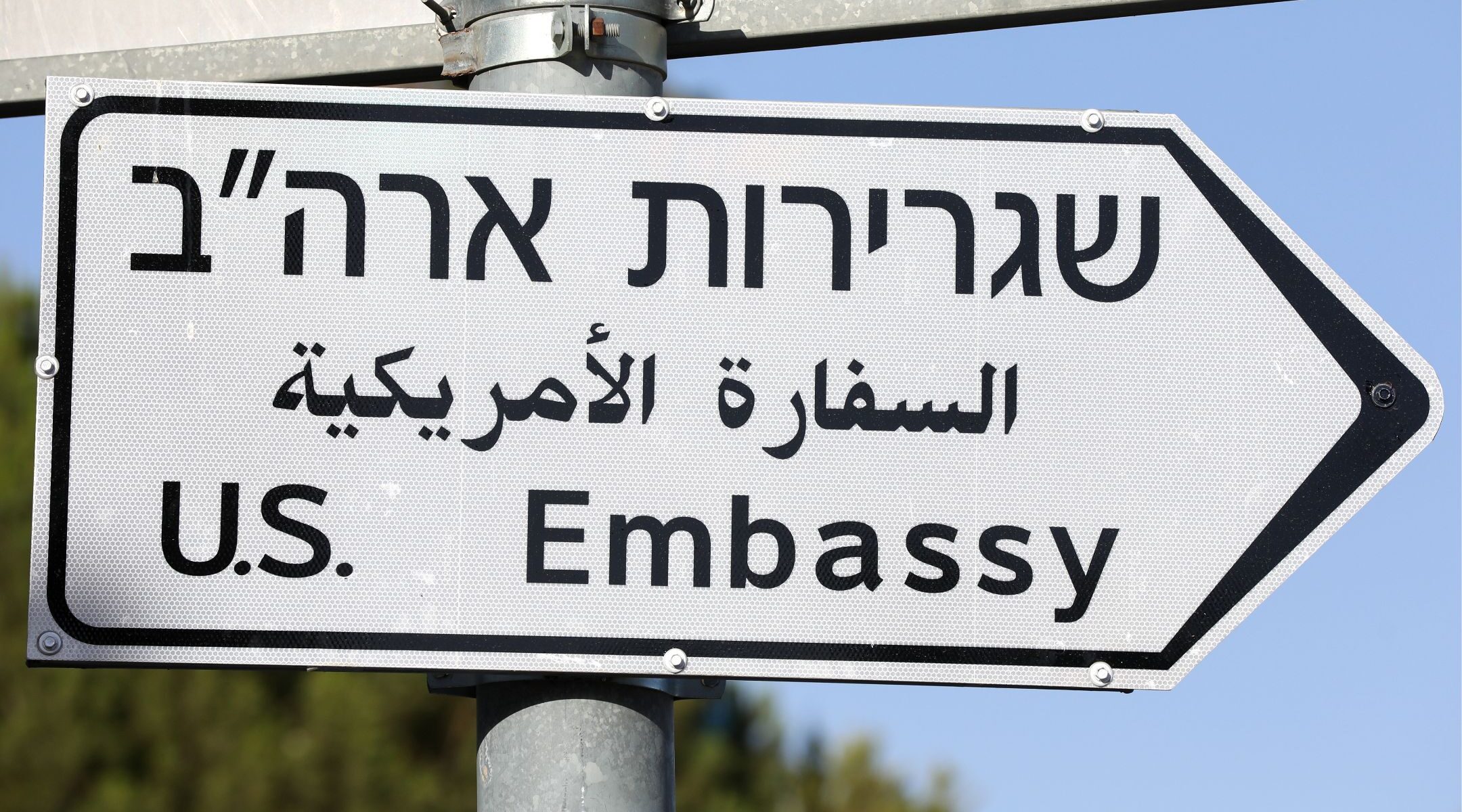 A directional sign showing the way to the US Embassy seen in a street in Jerusalem on June 8, 2018. (Valery Sharifulin\TASS via Getty Images)
Advertisement

WASHINGTON (JTA) — The U.S. Senate overwhelmingly voted to keep the U.S. embassy in Jerusalem on Friday.

It voted 97-3 on an amendment that sets aside funding to maintain the Jerusalem embassy, making it harder to reverse former President Donald Trump’s move of the embassy from Tel Aviv. Biden has said he does not intend to move the embassy back to Tel Aviv.

The amendment, co-sponsored by 21 Republicans led by James Inhofe of Oklahoma, was added to the massive $1.9 trillion budget bill the Senate passed as part of President Joe Biden’s relief package.

The amendment sets aside funding to maintain the U.S. embassy in Jerusalem making it harder to reverse former President Donald Trump’s move of the embassy from Tel Aviv. Biden had said he was not, in any case, going to move the embassy.

The three senators who voted against were all Democrats: Bernie Sanders of Vermont, Elizabeth Warren of Massachusetts and Tom Carper of Delaware.

“Jerusalem is the capital of Israel and I am proud to introduce legislation to protect the U.S. Embassy from relocation or being downgraded,” Inhofe said in a statement after the vote.