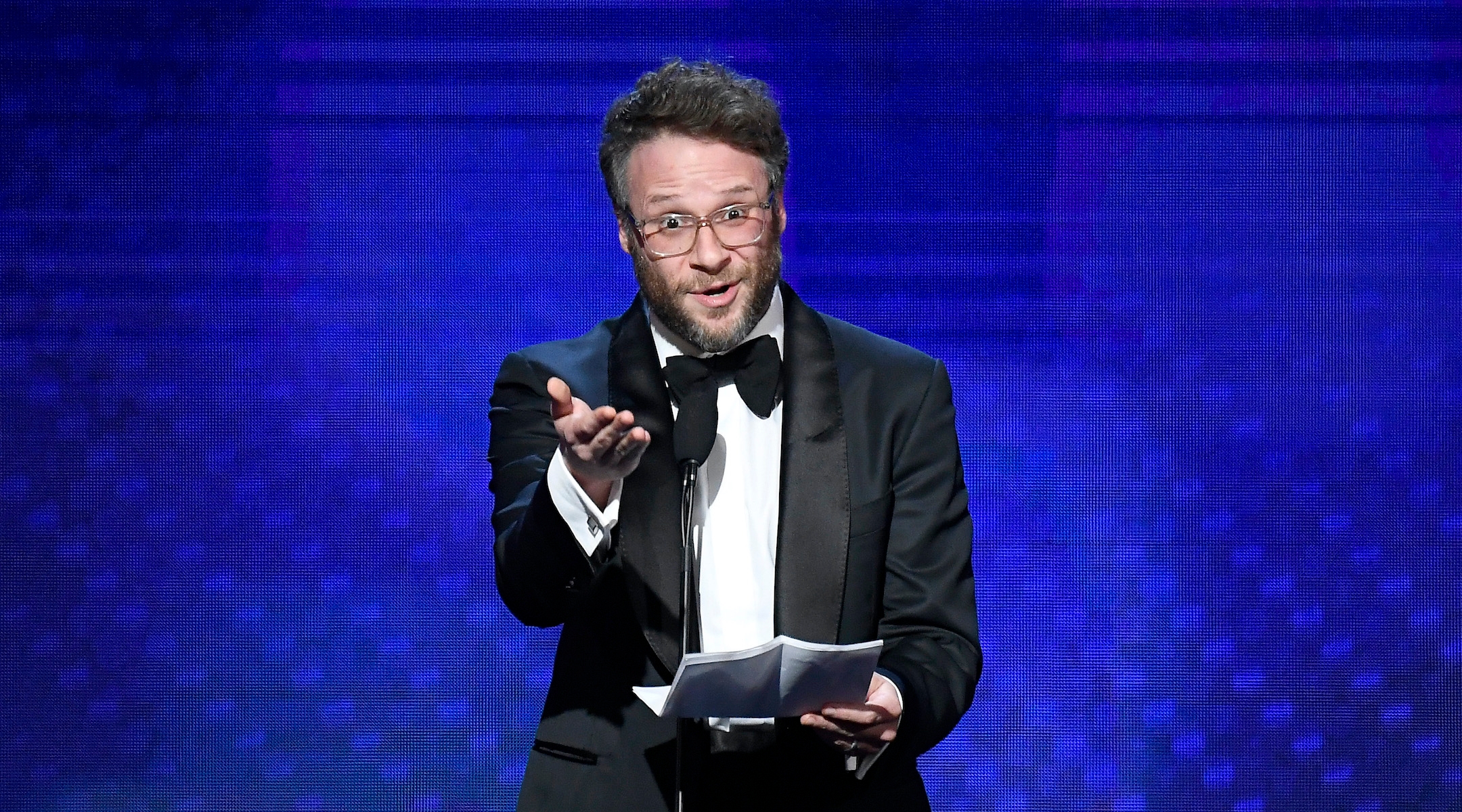 (JTA) — Seth Rogen was back poking fun at Mel Gibson, one of his least favorite celebrities, on Tuesday over an anti-Semitic comment that Winona Ryder alleged Gibson made to her at a party in the 1990s.

Ryder, born Winona Laura Horowitz, said in an interview last weekend that Gibson said “You’re not an oven dodger, are you?” The oven was a clear reference to the Holocaust. She had also talked about the experience in 2010.

Since the interview, Gibson has been dropped from an animated movie role.

Rogen used the opportunity to slam Gibson, who famously went on a drunken anti-Semitic rant in 2006 (for which he has since apologized) and perpetuated anti-Semitic stereotypes in his 2004 film “The Passion of the Christ.”

I’m only surprised by Mel Gibson’s “oven dodger” comment because it acknowledges the Holocaust actually happened.

Last year, Rogen called Gibson a “Ho-ho-holocaust denier” when it was rumored that Gibson would play Santa Claus in a movie.