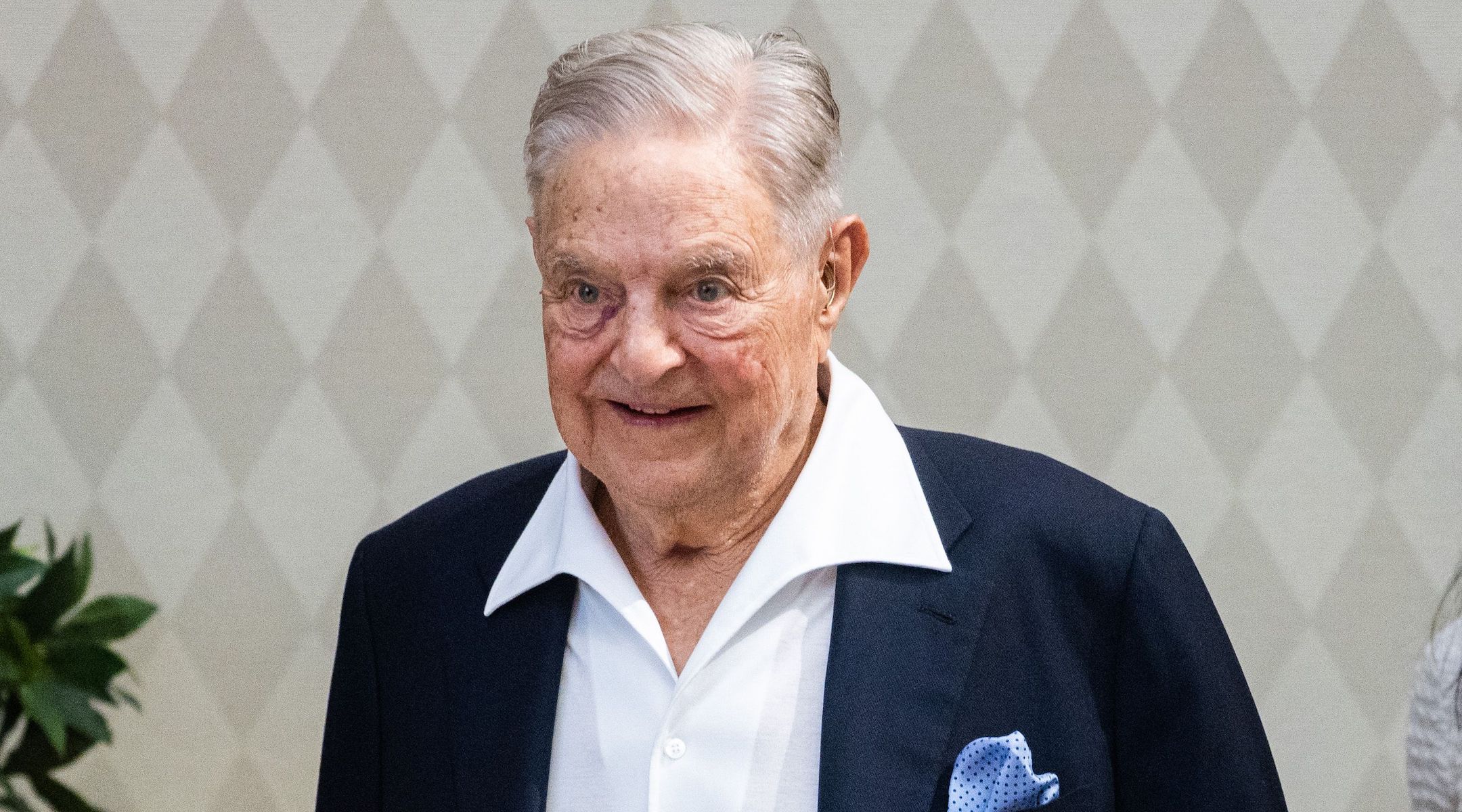 (JTA) — Multiple Republican officials in Texas are under fire for social media posts suggesting George Soros is behind the protests sparked by the death of George Floyd at the hands of Minneapolis police.

The Texas Tribune reported that Sue Piner, the chair of the Republican party in Comal County, shared a post on Facebook last week with an image of Soros alongside text that read: “I pay white cops to murder black people. And then I pay black people to riot because race wars keep the sheep in line.”

Sid Miller, the Texas Agriculture Commissioner, has also posted about Soros multiple times in the last two weeks, including a May 31 Facebook post claiming that protesters are “domestic terrorists who were organized and paid for by George Soros to further divide our country.”

Lynne Teinert, the party chair in Shackelford County, shared a picture of Soros alongside this: “The pandemic isn’t working. Start the racial wars.”

And three other Republican county chairs — Doug Sanford from Freestone County, Russell Hayter from Hays County, and Jaime Durham, Foard County — shared an ad claiming Soros would pay $200 to anyone who signed up to be a “professional anarchist.” Facebook has tagged the images as fake across the platform.

“This is what they’ve done for years,” said Abhi Rahman, the Texas Democratic Party’s spokesperson, according to the Tribune. “Now, people are starting to see what kind of conspiracy theories they engage in, they see how repulsive and disgusting they are.”

Texas Gov. Greg Abbott called last week for two Republican county chairs to resign for sharing conspiracy theories about the protests, the Tribune reported. And James Dickey, the state Republican Party chair, said Friday that five chairs who had spread such theories should resign, saying their comments “do not reflect” the party’s values.

According to the Anti-Defamation League, “aggressive language towards Soros has exploded on social media” since the protests in the wake of Floyd’s death erupted across the country. Negative tweets about the billionaire Jewish philanthropist — many spouting anti-Semitic tropes — rose from 20,000 per day on May 26 to 500,000 per day on May 30.

Soros, a Hungarian-born financier who funds a variety of liberal causes in the United States and globally, is a favorite conservative target.  Other recent anti-Soros conspiracies have alleged that he is driving the spread of COVID-19 in order to profit from a future vaccine.